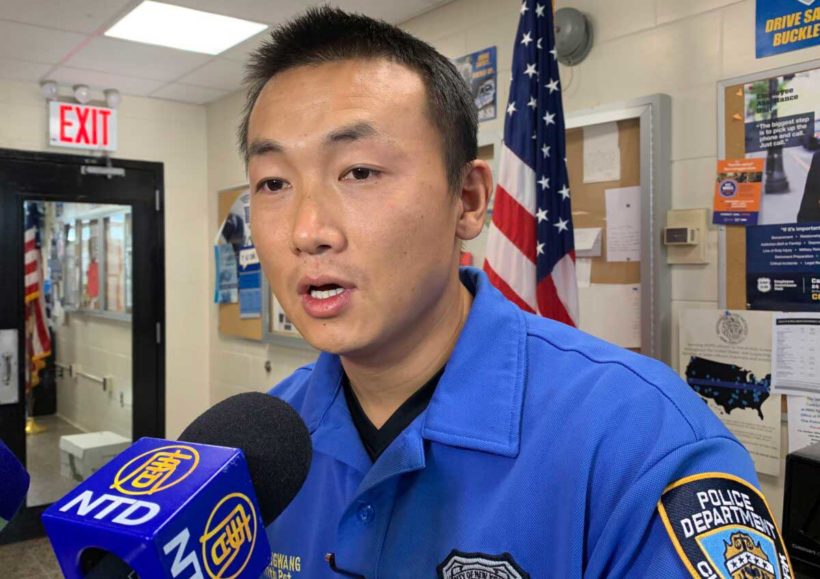 (by Tom Winter and Jonathan Dienst, NBC News) – A New York City Police Department officer was arrested Wednesday on federal charges of acting as an illegal agent of the Chinese government, authorities said.

Baimadajie Angwang, 33, born in China’s Tibet region, who gained asylum in the United States, is accused of providing “non-public information about internal operations of the NYPD” to Chinese government officials stationed at the Chinese consulate in NYC and offering them access to senior NYPD officials through invitations to official events, according to federal prosecutors.

Since at least 2014, Angwang also reported on the activities of Chinese citizens in the New York area and fed information about potential intelligence sources within the Tibetan community, according to federal prosecutors.

“Let them [superiors in Beijing] know you have recruited one in the police department,” Angwang told one of the Chinese government officials, according to a government detention memo.

Authorities described the official, who Angwang referred to as “Boss,” as his “handler.”

“In other words, Angwang received tasks from, and reported back to, PRC officials,” prosecutors from the Eastern District of New York said in the memo, referring to the Communist People’s Republic of China.

In a recorded call, Angwang offered the official access to NYPD events “to raise our country’s soft power” and offered to provide information “whatever is worth money or not worth money to your side,” according to court documents.

Angwang, who is a member of the NYPD’s Community Affairs Unit, called or texted the official on at least 55 occasions between June 2018 and March, the detention memo says.

The official is believed to have been assigned to the China Association for Preservation and Development of Tibetan Culture, a division that focuses on, among other things, neutralizing sources of potential opposition to the policies and authority of the PRC,” the memo says.

In addition to his work with the NYPD, Angwang is also a U.S. Army Reservist and holds the rank of staff sergeant at Fort Dix in New Jersey, according to federal prosecutors. As part of that position, the FBI says he holds a “secret” level security clearance.

Federal prosecutors said in the detention memo they want Angwang held awaiting trial due to his strong ties to the Chinese government and the financial means to flee.

Prosecutors say Angwang first traveled to the U.S. on a cultural exchange visa. He overstayed a second visa, then falsely obtained U.S. citizenship by claiming asylum, stating that he had been arrested and tortured in China due partly to his Tibetan ethnicity.

“Yet, despite alleging torture and persecution at the hands of PRC security officials, the government’s investigation has revealed that Angwang has traveled back to the PRC on numerous occasion since his asylum application was granted,” the memo says.

“These are not the actions of an individual who fears torture or persecution at the hands of the PRC, thus showing that his U.S. citizenship was secured through false pretenses.”

At his initial court appearance, Angwang was ordered held without bail on charges of acting as an illegal agent of China, committing wire fraud, making false statements and obstructing an official hearing. His lawyer did not request a bail package but said he may do so at a later date. Angwang faces a combined sentence of up to 55 years in prison if convicted on all four charges.

Published at NBC on September 21, 2020. Reprinted here for educational purposes only. May not be reproduced on other websites without permission from NBC News. 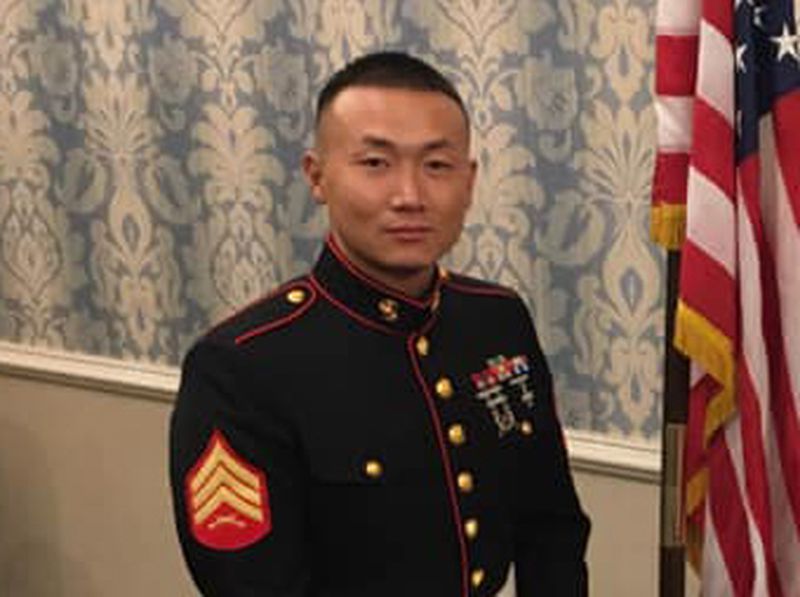 Baimadajie Angwang, pictured, a community affairs cop for the 111th Precinct in Queens, reported to a Chinese consulate official in the city since 2018, according to a criminal complaint filed Monday in Brooklyn Federal Court. (NYC Police Benevolent Association / Facebook)

2. What is NYPD Police Officer Baimadajie Angwang accused of doing?

3. What charges are federal prosecutors brining against Angwang?

4. How much time is Angwang facing if convicted?

5. In additional to being a cop in the NYPD, what role does Angwang have in the U.S. military?

6. a) How did Baimadajie Angwang obtain U.S. citizenship?
b) What facts prove he was lying?

7. Consider the Communist government’s on-going hostile and nefarious activities towards the U.S. Do you think the U.S. should accept those who claim asylum from China? Explain your answer. If yes, how can immigration officials ensure the applicants are not willing spies / Communist government agents, or forced into spying by threats family members still in China?