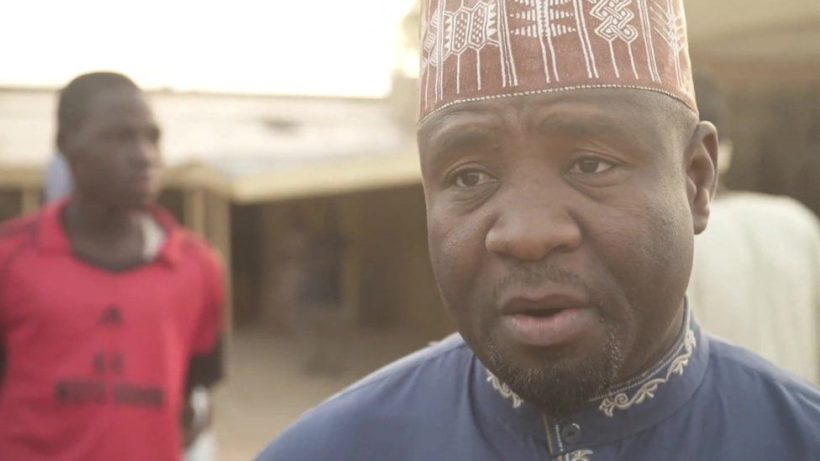 Musa Abubakar, who traveled 340 miles from the capital, Abuja, to vote in the far northern town of Daura, told the BBC that he "couldn't believe" what had happened. He is one of many Nigerians to have made a journey to their home states to take part in the poll. "I don't know what to do now, I'm not happy," Mr Abubakar said. He is now faced with the choice of staying in Daura and missing out on work, repeating the journey or not voting next week.

(by Joe Parkinson, The Wall Street Journal) – Nigeria’s electoral commission delayed the presidential vote for a week, making the announcement five hours before polls were due to open for what was set to be Africa’s largest election.

Nigerians—millions of whom have traveled long distances to vote in their home region—awoke to the news early Saturday with a mixture of bafflement and anger. Nigeria postponed the 2015 presidential vote for six weeks because of rampant insecurity across the northeast, a region still bedeviled by jihadist violence.

“People have come from across the country, outside the country even from the U.S.,” said Asabe Anwar, a student who had returned to the northeastern city of Yola, to cast her first election vote. …

The delay is creating an information vacuum, which is already being filled by rumors, allegations and conspiracy. Supporters from both parties took to social media to claim that dark forces were plotting to rig the elections. …

Some 84 million people are registered to vote in the election, which will determine who controls Africa’s largest economy, top oil producer and an important U.S. counterterrorism ally. The poll comes at a crucial moment for democracy in Africa after a December poll in Congo was widely castigated as a fraud and opposition protests have been bloodily suppressed in Sudan.

The winner, in a bout between two heavyweights with a decades-long history in Nigeria’s patronage-based political system, will face sluggish economic growth, entrenched corruption and a dizzying array of security threats.

In one corner is President Muhammadu Buhari, the former military junta leader who returned to power in 2015 elections on a promise to defeat Nigeria’s Islamist insurgency and quell rampant corruption.

In the other, Atiku Abubakar, a former vice president and businessman whose dominance of the logistics sector brought him wealth and decades of graft allegations, is pledging to reinvigorate the country’s moribund economy. Polls show a race that is too close to call, with Mr. Buhari as the narrow favorite, armed with the advantages of incumbency and a broader base among the more populous Muslim north.

Officials from the U.S. and European Union have expressed concern that the closeness of the race will encourage vote rigging and the mobilization of thugs and security forces to intimidate voters.

Both candidates’ parties criticized the delay on Saturday, but called for calm.

Mr. Buhari’s governing All Progressives Congress called the news a “huge disappointment” but counseled voters to be patient. Mr. Abubakar’s opposition Peoples Democratic Party said the shoddy arrangements were a deliberate predetermined agenda by Mr. Buhari to cling on to power.

At least three Electoral Commission offices have been torched in recent weeks, against a backdrop of entrenched violence that includes Islamist insurgencies in the north, piracy in the south and religiously tinged battles over farmland in Nigeria’s central regions. On Wednesday, a state governor’s motorcade was attacked by Islamist militants, who killed at least five members of his security detail.

Regional governors have warned that poor security could frustrate efforts to hold elections across parts of the north. Nigeria’s army has pledged to deploy 95% of its troops during the election weekend. Mr. Buhari said in a televised address on Thursday that he is committed to free and fair elections. …

The country has been dealing with pockets of instability in the run-up to the vote. Authorities on Friday reported that 66 people had been killed in the state of Kaduna in communal violence just hours ahead of the polls. Reinforcements from the security forces were fanning out across Maiduguri, the capital of the northeastern Borno state, amid fears that Boko Haram or its offshoot Islamic State in West Africa Province, could launch attacks to coincide with the polls.

Published at WSJ .com on February 16. Reprinted here for educational purposes only. May not be reproduced on other websites without permission from The Wall Street Journal.

2. For NIGERIA:
a) list the who, what, where and when of the news item
b) For what reasons did the commission delay the election?
c) Why is this such a huge problem for many Nigerians?
d) What is significant about this election?
e) What concerns have officials from the U.S. and European Union expressed regarding the election?
f) What major challenges will the new or incumbent president face going forward? President Buhari, who previously led Nigeria after a military coup in 1983 before being ousted the following year, is running on a pledge to continue fighting insurgency and corruption. Although ailing after a series of health problems, he has crisscrossed the country drawing crowds brandishing his trademark broom, the symbol of his anticorruption drive.

Yet, many Nigerians feel his first term didn’t deliver on either front. After taking office, Mr. Buhari oversaw a military offensive that pushed the Boko Haram terrorist group out of the Belgium-sized swath of the country it controlled. But a breakaway faction of the insurgency allied to Islamic State has regrouped and rampaged across the northeast, ejecting the army from more than 15 of its most fortified bases. Boko Haram itself continues to mount attacks, including a January assault on the town of Rann that forced 30,000 civilians to flee to Cameroon.

Mr. Buhari has repeatedly claimed the insurgency is “technically defeated,” a slogan that rings increasingly hollow across much of the northeast.

Critics of Mr. Buhari also say that his war on corruption has been weaponized to attack political opponents and spare allies. Nigeria now has 27 agencies mandated to tackle corruption, but Mr. Buhari’s tenure has failed to dent the country’s graft problem, according to Transparency International, a watchdog.

After the president suspended Nigeria’s chief justice this month, saying he had violated ethics codes, a United Nations expert said the move went against standards on the independence of the judiciary.