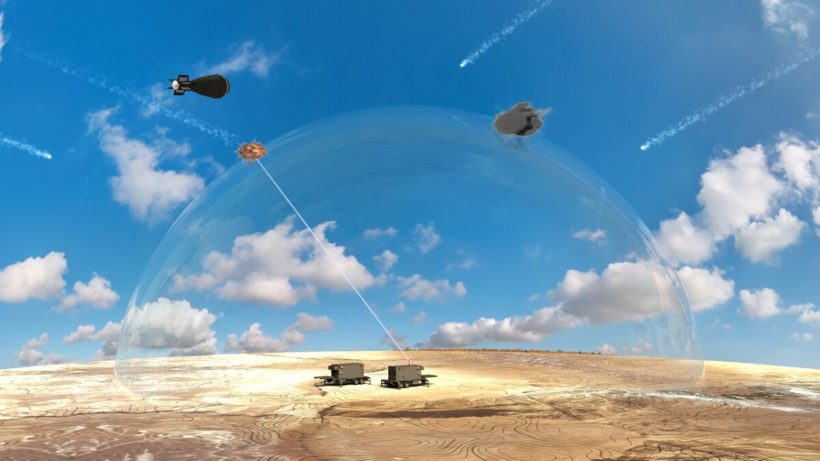 A computer-generated mockup of a proposed laser-based air defense system being developed by Israel's Defense Ministry, on January 8, 2020. (Defense Ministry)

(by Judah Ari Gross, Times of Israel) — Israel’s Defense Ministry on Wednesday, Jan. 8, announced that it was developing a laser beam capable of shooting down incoming rockets and small drones, which it plans to test throughout the coming year.

According to the ministry, the development of this laser system was possible due to a recent unspecified “technological breakthrough,” following years of investment in research efforts by defense contractors and academic scientists.

The futuristic defense system is only in the early development stages and won’t be operational in the near future, the ministry said.

Israel has for decades been working to develop a laser-based system to intercept incoming projectiles, but has failed to produce a viable option, due to cost issues and technological limitations.

According to the ministry, each system would have a high up-front price tag — in the hundreds of millions of dollars — but minimal cost for each use, meaning it would eventually become cost-effective.

The head of the Defense Ministry’s Weapons Development and Technology Infrastructure Administration (MAFAT), Brig. Gen. Yaniv Rotem, said each firing of the laser would cost approximately one dollar — not including the cost of the system — compared to the tens of thousands of dollars that each Iron Dome interceptor missile costs.

So long as it were connected to electricity, the system would never run out of ammunition — a potential problem for the Iron Dome, which can only carry a finite number of interceptor missiles. 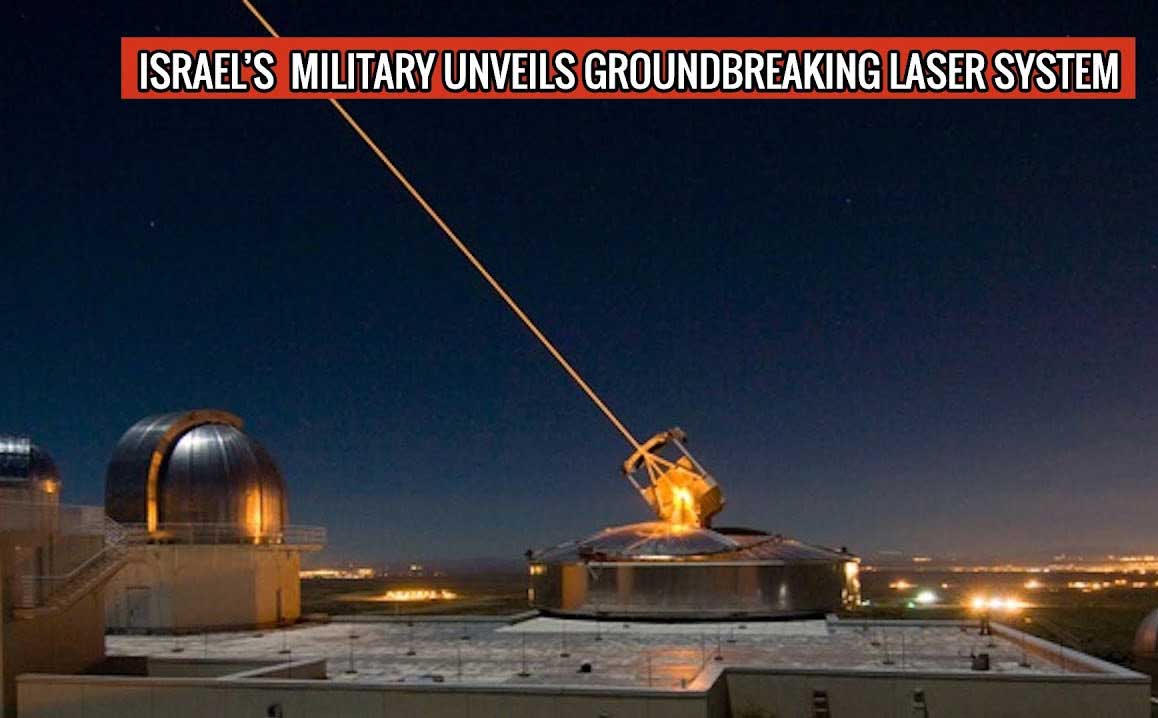 The downside of a laser system is that it does not function well in times of low visibility, when there is heavy cloud cover and other inclement weather, the ministry said.

“We can only shoot down with a laser what we can see,” Rotem said.

According to the ministry, in the coming year, MAFAT, working with the Elbit and Rafael defense contractors, will create three versions of the laser system:

“We are entering a new age of energy warfare in the air, land and sea. The research and development investments made by the [Defense Ministry] in recent years have placed the State of Israel among the leading countries in the field of high-energy laser systems,” Rotem said.

According to the ministry, no other countries are currently involved in the development of this laser system. …

The Lebanese Hezbollah terror group is believed to maintain an arsenal of some 130,000 rockets, missiles and mortar shells, which the military believes would be used against Israel in a future war. The two largest terror groups in the Gaza Strip, Hamas and the Palestinian Islamic Jihad, are also each believed to possess tens of thousands of various projectiles.

Against these threats, Israel operates a multi-tiered air defense array, made up of the short-range Iron Dome, the medium range David’s Sling and the long-range Arrow and Patriot systems.

Published by timesofisrael .com on Jan. 8, 2020. Reprinted here for educational purposes only. May not be reproduced on other websites without permission from The Times of Israel.

2. For ISRAEL:
a) list the who, what, where and when of the news item
b) What is the Iron Dome?
c) Why is the laser beam meant to complement and not replace the Iron Dome?
d) How will the laser beam be cost effective, despite the price tag?
e) What are the 3 versions of the laser weapon, and how will each be used?
f) From the article: “Israel has for decades been working to develop a laser-based system to intercept incoming projectiles, but has failed to produce a viable option, due to cost issues and technological limitations.”
Why do you think the Ministry of Defense made the announcement about the breakthrough though it won’t be operational in the near future?
g) The goal of Hezbollah, Hamas and Islamic Jihad are to destroy the state of Israel. Consider the size of Israel in the map of the Middle East. How important is it for Israel to show its enemies that it will be able to defend itself better than any attack waged against them? Do you think this could/would be a catalyst for peace? Explain your answers.

Read about a successful deployment of the Iron Dome from Nov. 2018.