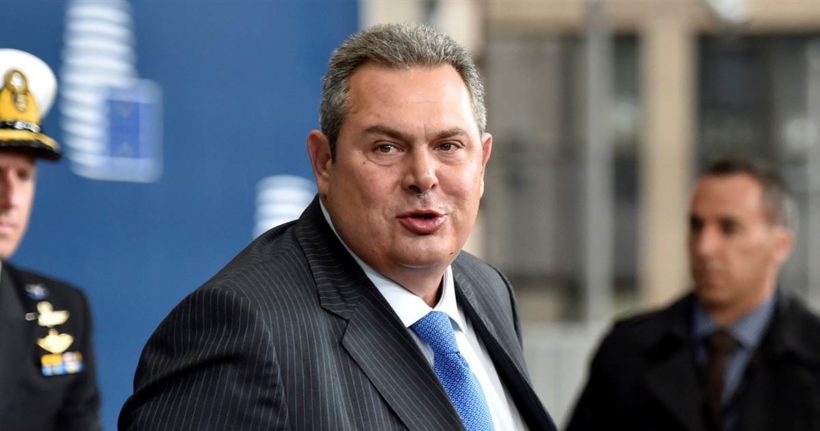 (Compiled from articles at AP, Defense News and Greece’s Ekathimerini News) — Greek Defense Minister Panos Kammenos on Thursday called on wealthy Greeks, as well as average citizens, to contribute financially for the purchase of new frigates for the Navy, by donating into a special bank account set to open next year.

Mr. Kammenos says he will open a bank account on Jan. 1 where members of the public can make donations “for new frigates and a flagship.”

He addressed his appeal to Greece’s wealthy ship-owning industry, as well as ordinary Greeks.

“We now need the great donors and benefactors of our country,” Kammenos was quoted by local news outlet Ekathimerini.com as saying in a Dec. 6 speech at the Naval Academy in Piraeus. “I call on Greek ship owners and all Greek citizens to assist in the national effort as of January 1, 2019, when the bank account will open to support the Navy and purchase new frigates and a flagship.”

“They should remember the example of [Greek benefactor Georgios] Averoff and all the great benefactors. I will be the first to donate my salary in this effort,” he added. Averoff was a 19th-century Greek businessman whose fortune helped fund a warship in 1910 that was named after him.

Kammenos spoke to navy personnel on the occasion of Thursday’s feast day of St. Nicholas, patron saint of Greek seamen and the navy. Kammenos said 2019 will see a general drive to upgrade the fleet, which faces strong competition from neighboring Turkey, a NATO ally and historic regional rival.

“Greece is showing its strength through its martial and merchant navy, and due to instability with neighboring countries, such as Turkey, responsibility will grow,” the Australia-based website Greek City Times quotes Kammenos as saying.

Athens is still reeling from a national debt crisis so severe that it required significant intervention from the European Union through the prescription of harsh austerity measures.

1. For GREECE, give the following information:

2. For GREECE:
a) list the who, what, where and when of the news item
b) Why must Greece build up its naval fleet, according to Mr. Kammenos?
c) What will Mr. Kammenos do personally regarding the fundraising?
d) Mr. Kammenos appealed to Greeks’ patriotism by encouraging them to remember George Averoff, a 19th-century Greek businessman whose fortune helped fund a warship in 1910 (as well as other benefactors). What do you think about this plan? (Is it a good idea? Will it be successful? Is it really necessary? Is there a better way to raise the money?) Explain your answer.