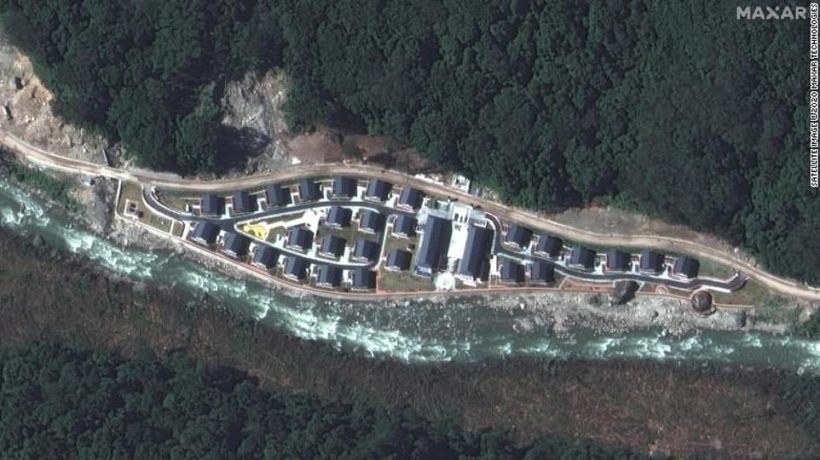 A satellite images shows the Chinese town of Pangda, which sits along an area disputed between India, Bhutan and China.

(by Elizabeth Shim, UPI) — China is building villages near its disputed border with India, only months after fatal skirmishes in the Galwan Valley between the two militaries, according to a Hindi news channel in India.

NDTV reported Sunday new satellite images show China has set up at least three villages and relocated villagers near Arunchai, about 3 miles from an area where the borders of China, India and Bhutan converge near the Himalayas.

The first village in the cluster was identified in February. Images acquired from Planet Labs, a U.S. Earth imaging company, showed the single village included more than 20 structures that appeared to be chalets with red roofs.

The latest image dating from Nov. 28 shows “three additional enclaves with at least 50 structures.” Enclaves were built less than a mile apart and connected with tarred roads, the report says.

An Indian analyst who spoke to NDTV said China is using a tactic of moving people to the frontier to make claims in disputed territory.

“China has been using a strategy of settling Han Chinese and Tibetan members of the Communist Party along the India border to strengthen its territorial claims and escalate border intrusions,” said Brahma Chellaney. “China uses civilian resources — herders and grazers — as the tip of the spear to intrude into Indian-patrolled Himalayan areas.”

Other reports confirm the construction of villages. Images from U.S.-based satellite operator Maxar Technologies show Chinese construction close to the Doklam Plateau, an area claimed by China and Bhutan, Voice of America reported.

“If you look at these activities, China is consolidating themselves in Doklam, the area they claim,” said Manoj Joshi of the Observer Research Foundation in New Delhi. “They are building a road, a village in a forest area where there is nothing to sustain it.”

The open source intelligence analyst who uses the name @detresfa on Twitter  said relocating people to these villages “promises China with better border surveillance and patrols through a network of herders.”

China’s strategy to dominate border disagreements is discussed by journalist Bertil Lintner who says India is viewed as a “major obstacle on China’s road to greatness.”

Lintner, writing for Asia Times, questions “whether China is really looking for a solution to that long-standing and often bitter border dispute, or if maintaining fuzzy borders is a deliberate tool in Beijing’s foreign policy to negotiate better terms on trade, security and other issues with its neighbors.”

He notes that China’s issue with India in the Himalayas shares similarities with disputed waters in the South China Sea.

Published at UPI on December 7, 2020. Reprinted here for educational purposes only. May not be reproduced on other websites without permission from United Press International.

3. What did Manoj Joshi of the Observer Research Foundation in New Delhi say about the Chinese construction?

NDTV reported Dec. 6, “The [newly constructed] villages lie within Chinese territory and were being constructed at the same time that Indian and Chinese soldiers faced off in Eastern Ladakh, in the worst crisis the two nations have faced since the 1962 war. That standoff continues with tens of thousands of soldiers having hunkered down for a long deployment through the intense winter after eight rounds of military talks failed to achieve a breakthrough.” 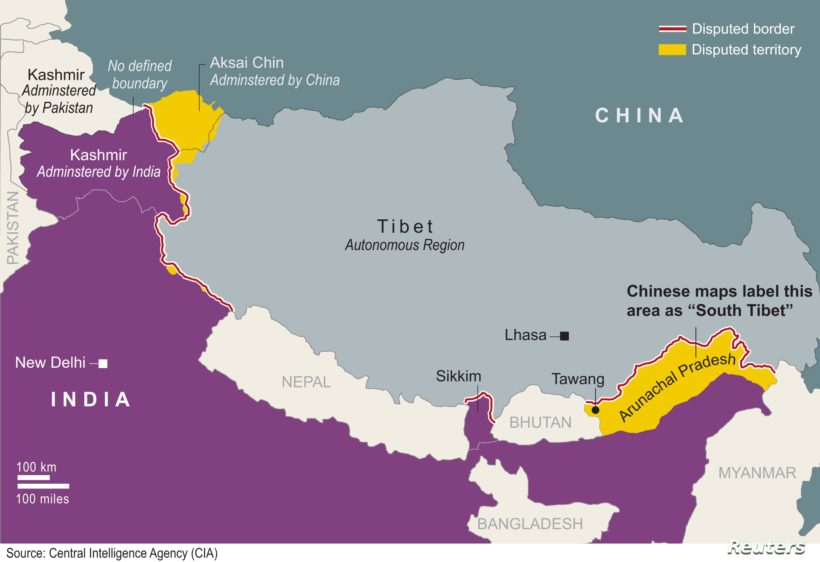