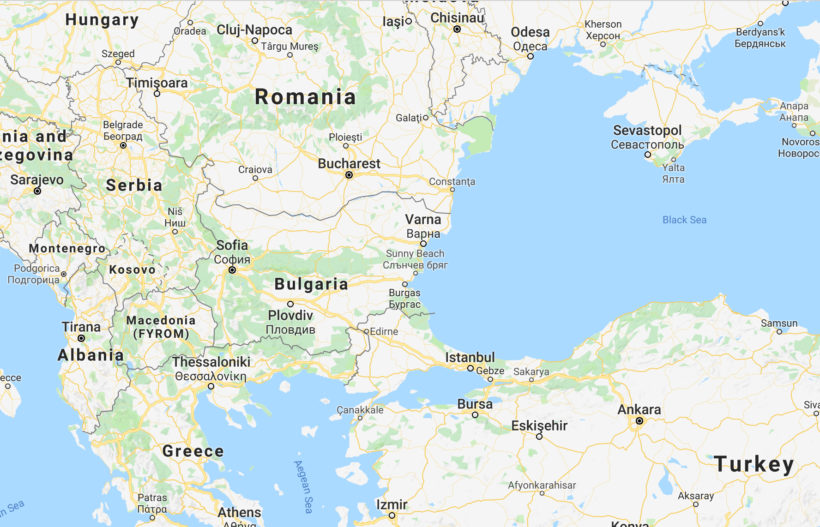 (by Pascale Davies, Euronews with Reuters) – Bulgaria has become the latest country to join the ranks of a growing number of EU nations opposed to a United Nations pact that aims to regulate the treatment of migrants worldwide.

The UN’s Global Compact for Safe, Orderly and Regular Migration (GCM) was approved in July by all 193 member states except the US.

But the right-wing [conservative] governments of Hungry and Austria have since said they will not agree to the final document due to their concerns that the pact will blur the lines between legal an illegal migration.

And Poland, the Czech Republic and now Bulgaria have indicated they [will] oppose the deal.

The deputy leader of Sofia’s main ruling center-right GERB party, Tsvetan Tsvetanov, said on Monday, Nov. 12: “The position of the Bulgarian government will be not to join the United Nations’ global pact on migration.”

The Bulgarian parliament [debated] the pact on Wednesday, Nov. 14. [The ruling coalition holds a two-seat majority which allowed the motion to pass.]

The country lies on one of the main routes for migrants from the Middle East to western Europe.

What is the UN Global Compact for Safe, Orderly and Regular Migration pact?

The Global Compact for Migration is the first ever negotiated global agreement on a common approach to international migration and all its dimensions.

Countries will debate the pact in December at a two-day summit in Morocco, which will address issues of how to protect people who migrate, how to integrate them into new countries, and how to return them to their home countries. [No mention of how to stop/end migration, especially economic migration.]

UN Special Representative for Migration Louise Arbour said the pact “represents a turning point for international engagement on migration and an important breakthrough in our collective efforts to address the challenges and opportunities of human mobility, grounded in values of responsibility sharing, state sovereignty, non-discrimination, and human rights. It provides a platform for cooperation on migration now and into the future.”

The pact, which the UN claimes is non-legally binding, has 23 objectives for improving the management of migration at local, national, regional and global levels. Each aim is comprised of a general commitment and a catalogue of possible actions that States must use to develop their national and international responses.

Published at Euronews .com on November 12. Reprinted here for educational purposes only. May not be reproduced on other websites without permission from Euronews. 1. For the BULGARIA, give the following information:

NOTE: Before answering the questions below, read the “Background” below.

2. For the BULGARIA:
a) list the who, what, where and when of the news item
b) How did the government’s junior coalition partner, the United Patriots, explain their opposition to the UN migrant plan?
c) For what reason did the conservative] governments of Hungry and Austria reject the UN plan?
d) Judith Bergman of Gatestone Institute wrote in her commentary “UN Member States: Migration Is a Human Right” on Nov. 10:

The UN agreement…notes:  “Refugees and migrants are entitled to the same universal human rights and fundamental freedoms, which must be respected, protected and fulfilled at all times.” (Preamble, section 4)

It cannot be stressed enough that this agreement is not about refugees fleeing persecution, or their rights to protection under international law. Instead, the agreement propagates the radical idea that migration — for any reason — is something that needs to be promoted, enabled and protected. Almost all UN member states, except for the United States, Austria, Australia, Croatia, Hungary and possibly also the Czech Republic and Poland, are expected to sign it.

The UN has denied that migration is being made into a human right. “The question of whether this is an invidious way to start promoting a ‘human right to migrate’ is not correct. It’s not in the text; there’s no sinister project to advance that,” Louise Arbour, the UN special representative for international migration, recently said.

Why is this dangerous to the sovereignty of a country?

Migrant
The term “migrant” is defined in the Oxford English Dictionary as “one who moves, either temporarily or permanently, from one place, area or country of residence to another”. There are various reasons for migration, such as those who move to work or seek [economic benefits] – generally termed “economic migrants.”

Refugee
A refugee is defined as a person who has been forced to leave their country in order to escape war, persecution or natural disaster. The 1951 Convention relating to the Status of Refugees is the key legal document in defining who is a refugee, their rights and the legal obligations of states.

Asylum seeker
An asylum seeker is someone who has applied for asylum and is waiting for a decision on their claim. …An asylum seeker is someone who has asked the government for refugee status and is waiting to hear the outcome of their application. In order to become an asylum applicant and be recognized as a refugee in the [US], people must be on [US soil] – as they cannot make the claim from their country of origin [based on current law]. (from IB Times)