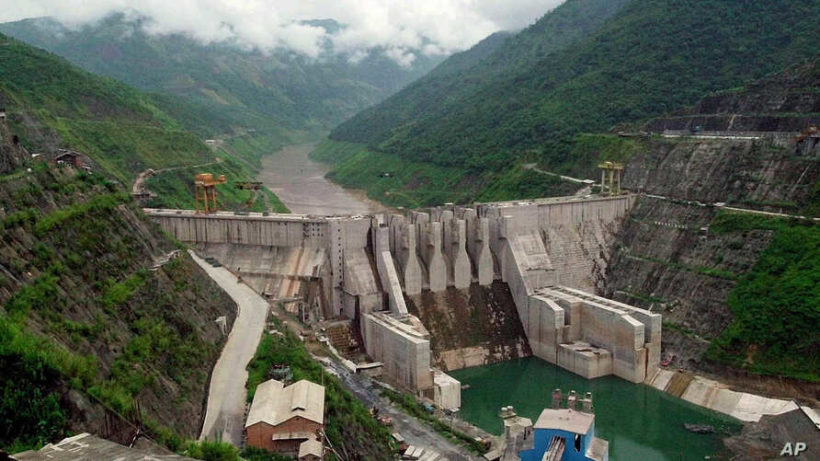 The Dachaoshan dam is shown in this Aug. 28, 2001 photo in Dachaoshan, Yunnan province, China, which is located on the upper Mekong River. (AP Photo/Eugene Hoshiko)

(Reuters) — A US-funded project using satellites to track and publish water levels at Chinese dams on the Mekong River was announced on Monday. [It will officially launch on Tuesday, December 15].

The 2,700-mile waterway – known as the Lancang in China and flowing south through Myanmar, Laos, Thailand, Cambodia and Vietnam – has become a focus of competition.

The communist government of China has dismissed US research saying Chinese dams have retained water to the detriment of downstream nations, where 60 million people depend on the river for fishing and farming.

The Mekong Dam Monitor, part-funded by the State Department, uses data from cloud-piercing satellites to track levels of dams in China and other countries.

The information will be open to the public in near real-time from Tuesday.

A separate indicator of “surface wetness” is to show which parts of the region are wetter or drier than usual: a guide to how much natural flows are being affected by the dams.

“The monitor provides evidence that China’s 11 mainstream dams are sophisticatedly orchestrated and operated in a way to maximize the production of hydropower for sale to China’s eastern provinces with zero consideration given to downstream impacts,” said Brian Eyler of the Washington-based Stimson Center, a global think tank which operates the virtual water gauges.

China has been critical of past research, including a study by Eyes on Earth – part of the Mekong Dam Monitor project – which said water had been held back in 2019 as other countries suffered severe drought.

“The United States has been unable to provide good evidence throughout,” the state-backed China Renewable Energy Engineering Institute claimed in a Dec. 4 report. …

[In April, Eyes on Earth published a study revealing that Chinese dam reservoirs had held back excess monsoon rains, exacerbating drought conditions in the five downstream nations where more than 66 million people rely on the Mekong’s resources.

“For six months in 2019, while China received above average precipitation,” the report concluded, “its dams held back more water than ever – even as downstream countries suffered through an unprecedented drought.”

Mr. Eyler told The Diplomat that the monitoring platform would provide a clearer picture than ever before on the impacts of China’s upstream dams.

“This will be a game changing platform,” he said. “For the first time we will have weekly data on all of China’s dams. And users will see/corroborate the data with their own eyes via satellite images.” The platform will also monitor water levels for the 15 dams on the lower reaches of the river. “We will know where the water is at any one time and better understand the impacts of upstream dam operations,” Eyler added.]

Published at reuters .com on Dec. 14. Reprinted here for educational purposes only. May not be reproduced on other websites without permission from Thomson Reuters.

4. What did Brian Eyler of the Stimson Center say about his organization’s Mekong Dam Monitor project?

5. The Chinese government has scoffed at the idea that they withhold water from countries downstream. What do you think? Explain your answer. 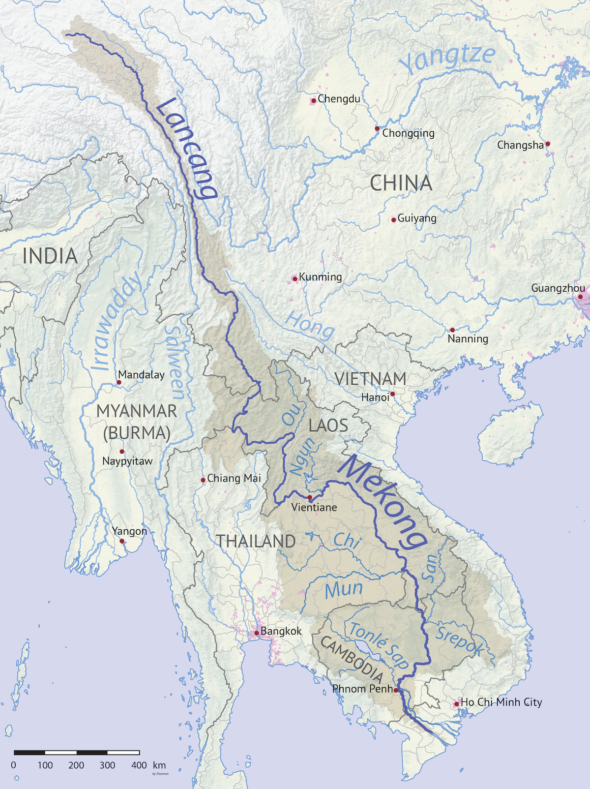 The Mekong Dam Monitor is an open-source online platform that aims to provide weekly updates using remote sensing and satellite imagery on the levels of reservoirs at 13 dams along the Mekong River’s main stretch, as well as at 15 tributary dams with power generation capacities greater than 200MW.

It will circulate weekly visualizations and analysis of “China’s 11 dam cascade on the upper Mekong,” as well as maps and data on temperature, snow cover, precipitation and other indicators along the river’s full course, according to its website.

The collaborative project from the Washington-based Stimson Center think tank’s Southeast Asia program and Eyes On Earth Inc. – a US research and consulting company specializing in water – comes after years of frustrations from countries along the river at China’s lack of transparency with sharing such information. (from scmp)

Visit the website for the Mekong River Dam project at: stimson.org.