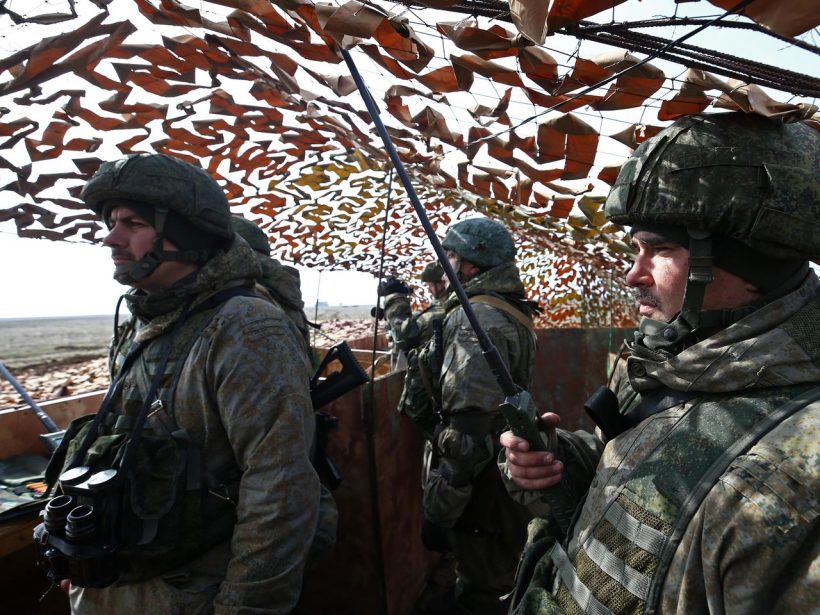 (by Raf Casert, AP at Global News) — The European Union is estimating that 150,000 Russian troops have already amassed for the biggest military buildup ever near Ukraine’s borders and that it will only take “a spark” to set off a confrontation.

At the same time, EU foreign policy chief Josep Borrell said Monday that the condition of imprisoned Russian opposition leader Alexei Navalny was “critical” and that the 27-nation [European Union] would hold the Kremlin accountable for his health and safety.

Despite the [Russian aggression], Borrell said after a virtual meeting of the EU foreign ministers that, “for the time being, there is no move in the field of more sanctions*” to be slapped on Russia. [*Sanctions are actions that are taken to force a country to obey international laws by limiting or stopping trade with that country, by not allowing economic aid for that country, etc.  The Trump administration imposed sanctions on Russia in 2020. Read a March 2020 report “U.S. Sanctions on Russia” for info.]

Borrell also said there wasn’t a request for a synchronized EU diplomatic move of expulsions in the standoff between EU member state the Czech Republic and Russia following Prague’s accusation that Moscow was involved in a 2014 ammunition depot explosion.

More dangerous at this time, Borrell said, was the massing of Russian troops, including military field hospitals, and “all kinds of warfare.”

“It is the highest military deployment of the Russian army on the Ukrainian borders ever. It’s clear that it’s a matter of concern when you deploy a lot of troops,” Borrell said. “Well, a spark can jump here or there.”

Borrell declined to say where he got the 150,000 Russian troop figure from. But it is bigger than the 110,000 estimate provided by Ukrainian Defense Minister Andriy Taran on Wednesday.

More than 14,000 people have died in seven years of fighting between Ukrainian forces and Russia-backed separatists in eastern Ukraine that erupted after Russia’s 2014 annexation [military takeover] of Ukraine’s Crimean Peninsula. The EU has steadfastly opposed the annexation but has been unable to do anything about it.

Efforts to reach a political settlement have stalled and violations [by Russia] of a shaky truce [between Ukraine and Russia] have become increasingly frequent in recent weeks across Ukraine’s eastern industrial heartland known as the Donbas.

Diplomats had expected there was little to no chance of immediate new sanctions on Moscow, but they now will seek to apply more pressure nevertheless through diplomacy.

And over the weekend, French President Emmanuel Macron said that while dialogue with Russia is essential, “clear red lines” carrying possible sanctions must also be drawn with Moscow over Ukraine.

“All in all, the relations with Russia, are not improving, but the contrary, the tension is increasing in different fronts,” Borrell said.

“We call on Russia to withdraw their troops,” Borrell said.

From an Associated Press report on April 19, 2021 published at globalnews .ca. Reprinted here for educational purposes only. May not be reproduced on other websites without permission.

2. What action did the European Union’s foreign policy chief Josep Borrell say the EU will take to address Russia’s massive buildup of troops on Ukraine’s border, and for human rights violations against Putin opponent Alexi Navalny?

3. Why does Mr. Borrell say the massing of Russian troops on Ukraine’s border is extremely dangerous?

4. What have diplomats of the EU said they won’t do? What will they do?

5. What is your reaction to the EU’s diplomatic efforts to prevent Russia from invading Ukraine?

6. From paragraph 8: More than 14,000 people have died in seven years of fighting between Ukrainian forces and Russia-backed separatists in eastern Ukraine that erupted after Russia’s 2014 annexation [military take over] of Ukraine’s Crimean Peninsula. The EU has steadfastly opposed the annexation but has been unable to do anything about it.

No one country needs to “go it alone” or send troops against Russia, but there is great economic power in numbers. What effect do you think could be achieved if the 27 countries of the EU, (and even if NATO and the UN) agreed to sanction Russia?
Explain your answer. 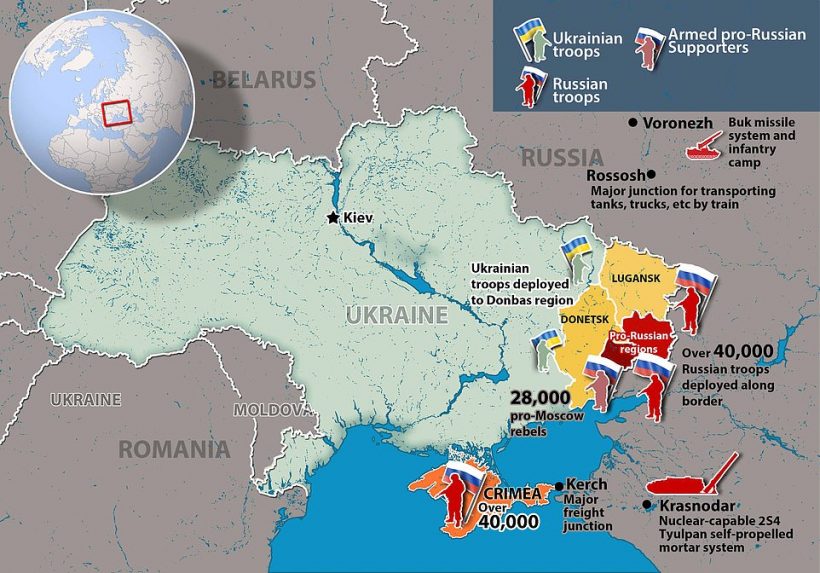 30 world allies expressed concern over Russia’s threat on Ukraine border; no action
U.S. Secretary of State Antony Blinken said on Wednesday, April 14, 2021, that the U.S. and NATO allies shared “deep concern” towards the recent Russian military action near Ukraine’s borders. He added all NATO members showed a determination to see Russia deescalates its presence near the border.
No word on any action these 30 world powers might take against Russia’s imminent attack on a sovereign nation.