UAE to tow iceberg from Antarctica for drinking water 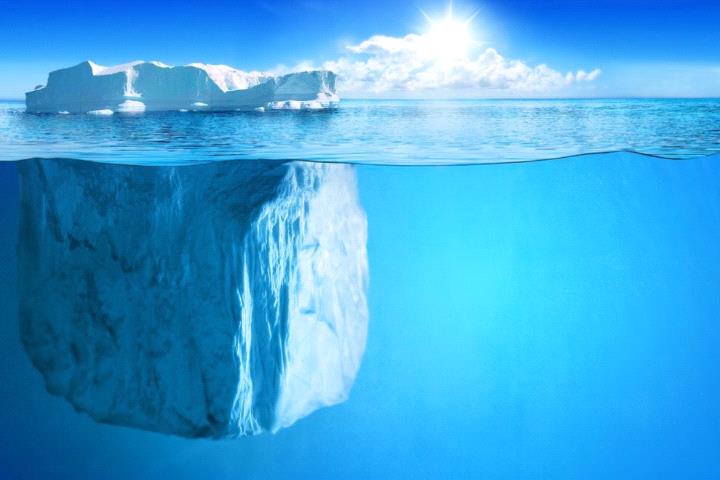 (by Brian Murphy, Sacramento Bee) – The United Arab Emirates, a desert nation in the Middle East, has developed a unique plan to deal with its water needs. The country is planning to tow a giant iceberg from the Indian Ocean near Antarctica to the coast, then process the iceberg into drinking water — and, they project, change the weather pattern to bring more rain to the nation.

The project is scheduled to begin in early 2018 and it being handled by a consultant firm, National Advisor Bureau Limited.

“Our simulator predicts that it will take up to one year. We have formulated the technical and financial plan. Towing is the best method,” Abdullah Mohammad Sulaiman Al Shehi, managing director of National Advisor Bureau Limited, told Gulf News. “We want it mainly for the water. It could also be good for for tourism and the weather.”

When the iceberg is in position off the coast of Fajairah, Al Shehi said, water processing plants would turn it into drinking water. “It’s the purest water in the world,” he told Gulf News.

It is more than 5,500 miles to Fajairah from Heard Island, which is where the company plans to get the iceberg. Saudi Arabia considered a similar project in the 1970s, Gulf News reported, but there were too many issues at the time.

A 2009 computer simulation, done by a French software firm, concluded it was possible to tow an iceberg. The Atlantic called iceberg towing “one of those ideas that will never die but never really springs to life either” in a 2011 article titled “The Many Failures and Few Successes of Zany Iceberg Towing Schemes.” In addition to addressing drinking water, the nation hopes to turn its desert landscape into a lush green one. Al Shehi told Gulf News that the giant icebergs would produce micro-climates.

“It would create a vortex which would draw clouds from all over the region,” he said.

National Advisor Bureau Limited has produced a video explaining how the process might work, and it shows a transformed nation.

Reprinted here from the Sacramento Bee for educational purposes only.  May not be reproduced on other websites without permission from sacbee.com.

1. List the following information for UAE (United Arab Emirates): (see the CIA World FactBook website for answers)
a) capital:
b) location/the countries that share its borders:
c) the religious breakdown of the population:
d) the type of government:
e) the chief of state (and head of government if different):
f) the population:

4. a) What is the main purpose for bringing the iceberg to the UAE?
b) What two additional purposes will the iceberg serve, according to Abdullah Mohammad Sulaiman Al Shehi, director of the firm in charge of the project?

5. How does the National Advisor Bureau Limited plan on converting the iceberg to drinkable water?

6. Watch the video under “Resources” below – “Emirates Iceberg Project” which shows how the project would work. The video is in Arabic, but some English subtitles are included – enough for you to be able to understand the main points.
a) Describe at least two challenges you think officials will face in making this project a successful reality.
b) No word on the cost of the project. However, with the UAE’s gas/oil supplies, their economy is on par with Western nations. The government is extremely wealthy. What do you think of the feasibility of this project?
c) Ask a science teacher (or a parent) what he/she thinks about the UAE’s idea of using the iceberg for drinking water AND whether it could transform the country’s weather/landscape.

The United Arab Emirates (UAE) was established in 1971. It is a federation of seven constituent monarchies:

Islam is the official religion of the UAE and Arabic is the official language (although English and Indian dialects are widely spoken, with English being the language of business and education particularly in Abu Dhabi and Dubai).

The UAE is criticized for its human rights record, including the specific interpretations of Sharia used in its legal system.  (from wikipedia)

Watch a video “Emirates Iceberg Project” National Advisor Bureau Limited, the company which will move the iceberg. (Note: The narration is in Arabic, but some English subtitles are included. You should be able to understand the main points by watching the graphics.)