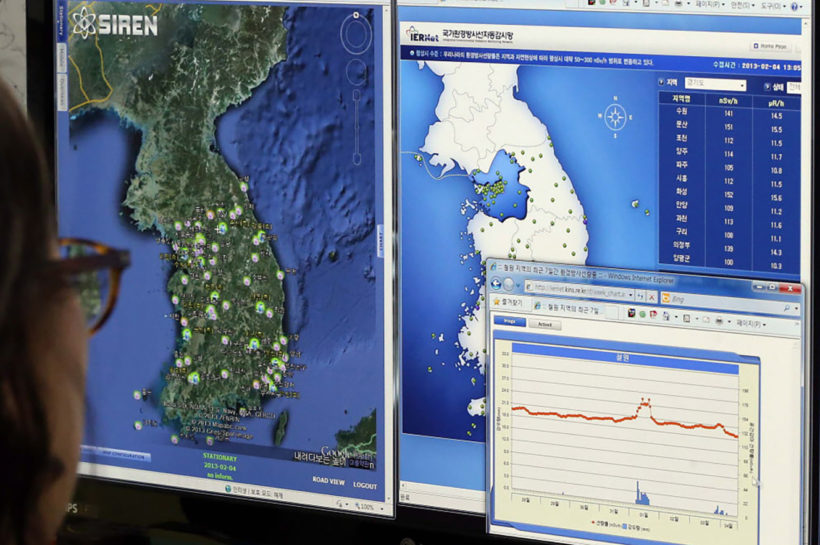 (by Yaron Steinbuch, NY Post, Oct. 20) – North Korea’s nuclear tests are not only raising fears around the world, they are causing the peak under which the bombs are being detonated to suffer “tired mountain syndrome.”

Analysts are seeing signs that Mount Mantap, the 7,200-foot-high peak under which the tests are conducted, is [in danger of collapse], the Washington Post reported.

During a massive detonation that triggered a 6.3-magnitude earthquake, the mountain visibly shifted. Since then, the region, which is not known for natural seismic activity, has had three more quakes.

“What we are seeing from North Korea looks like some kind of stress in the ground,” said Paul G. Richards, a seismologist at Columbia University’s Lamont-Doherty Earth Observatory. “In that part of the world, there were stresses in the ground, but the explosions have shaken them up.”

Chinese scientists have raised the alarm that additonal nuclear tests could cause Mount Mantap to collapse and release the radiation from the blast.

North Korea has conducted six nuclear tests since 2006, all of them under Mount Mantap at a site known as the Punggye-ri Nuclear Test Facility.

Using satellite images, intelligence analysts and experts keep tabs on movement at the three entrances to tunnels for signals that a test is imminent. After the latest test, on Sept. 3, dictator Kim Jong Un’s rogue regime claimed it had set off a hydrogen bomb and that it had been a “perfect success.”

Analysis group 38 North published images that showed “more numerous and widespread” disturbances at the site of the test than before, the BBC reported.

38 North said the pictures showed landslides as well as numerous areas of gravel and stone fields that were “lofted” by the tremors.

Lofting occurs when shockwaves force material to be ejected from the ground, and the material falls back down in the same place.

1. For North Korea, give the following information:

2. For NORTH KOREA:
a) list the who, what, where and when of the news item
b) List facts that point to the possibility that another North Korea nuclear test could cause Mount Mantap to collapse.
c) What have Chinese scientists warned could happen if the mountain does collapse?
d) North Korea has conduced 6 nuclear tests since 2006. How do experts know when a new test is imminent?
e) Watch the news reports under “Resources” below. Do you think the danger posed to China by a mountain collapse will make President Xi more likely to work with the U.S. in stopping North Korea? Explain your answer. Ask a parent the same question.