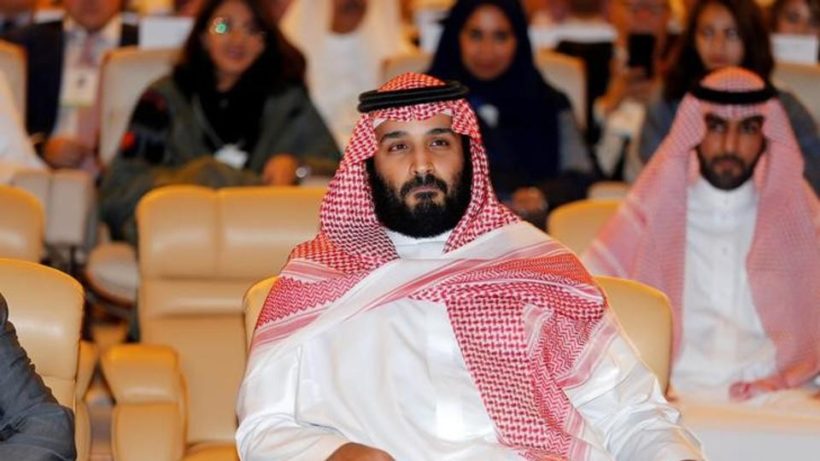 (Agence France-Presse, Nov. 5) – Saudi Arabia has arrested dozens of senior figures including princes, ministers and a top business tycoon on corruption charges, with authorities on Sunday pledging “fair” justice after a sweeping purge seen as consolidating the crown prince’s hold on power.

Separately, the head of the Saudi National Guard, once a leading contender to the throne, as well as the navy chief and the economy minister were replaced in a series of high-profile sackings that sent shock waves through the kingdom.

The dramatic shake-up comes at a time of unprecedented social and economic transformation in ultra-conservative Saudi Arabia, as Prince Mohammed steps up his reform drive for a post-oil era. ..

[News of the purge came soon after King Salman decreed late on Saturday the creation of an anti-corruption committee chaired by Crown Prince Mohammed bin Salman, his 32-year-old favorite son. The new body was given broad powers to investigate cases, issue arrest warrants and travel restrictions, and seize assets.

“The homeland will not exist unless corruption is uprooted and the corrupt are held accountable,” the royal decree said.]

“The suspects are being granted the same rights and treatment as any other Saudi citizen,” adding that a number of investigations had been initiated. “A suspect’s position or status does not influence the firm and fair application of justice.”

“With this (crackdown), the kingdom heralds a new era and policy of transparency, clarity and accountability. The decisive decisions will preserve the investment environment and boost trust in the rule of law.”

The kingdom’s top council of clerics also lauded the anti-corruption efforts as “important,” essentially giving religious backing to the crackdown.

An aviation source told AFP that security forces had grounded private jets at airports, possibly to prevent high-profile figures from leaving the country.

“The breadth and scale of the arrests appears to be unprecedented in modern Saudi history,” said Kristian Ulrichsen, a fellow at the Baker Institute for Public Policy at Rice University.

The purge comes less than two weeks after Prince Mohammed welcomed thousands of global business leaders to Riyadh for an investment summit, showcasing his reform drive that has shaken up the kingdom.

The latest arrests follow a wave of arrests of influential clerics and activists in September as the 32-year-old prince, often known as MBS, cements his grip on power. …

Foreign diplomats predict that Prince Mohammed, set to be the first millennial to occupy the Saudi throne, could well be in control of Saudi Arabia for at least half a century.

2.
a) list the who, what, where and when of the news item
b) How old is Prince Mohammed? His father King Salman is 82. The prince is expected to become king in the next year or so. How long do experts believe he will be in power?
c) In addition to eliminating corruption, what is seen as Prince Mohammed’s motive for these arrests?
d) Read the “Background” and watch the videos under “Resources” below the questions. List 3 facts you learned that you think are most important for people to know about this news story.

Saudi Arabia is an absolute monarchy, ruled by the al-Saud family in alliance with the Wahhabi clerical hierarchy. In its modern form, its first ruler was King Abdulaziz, known as Ibn Saud, who conquered and united the current kingdom and died in 1953.

All subsequent rulers have been chosen from among his estimated 45 sons by different wives.

When King Abdullah died in January 2015, his half-brother and successor, King Salman, for the first time appointed an heir from the next generation, Mohammed bin Nayef.

He subsequently appointed his own son, Prince Mohammed bin Salman, as deputy crown prince. This meant that for the first time the three most powerful men in Saudi Arabia were all from the same branch of the royal family – son and grandsons of Ibn Saud by one of his favourite wives, Hassa al-Sudairi. (from the UK Daily Telegraph)