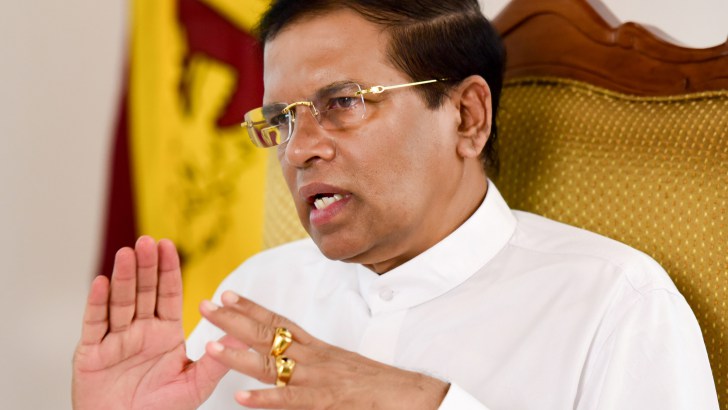 (from BBC News, Jan. 14) – A move to grant women in Sri Lanka the same rights as men to buy alcohol legally has been overruled by President Maithripala Sirisena.

He told a rally he had ordered the government to withdraw the reform, which would also have allowed women to work in bars without a permit.

He said he had only found out about the move from the newspapers.

The government announced last Wednesday it was amending a 1955 law, agreeing that it discriminated against women.

Critics have accused the president of not taking gender equality seriously.

“This is not just about this archaic sexist law but the archaic sexist system in which this law is just one more tool of control,” wrote one Sri Lankan blogger.

While the previous law was not always strictly enforced, many Sri Lankan women had welcomed the change.

It would have allowed women over the age of 18 to buy alcohol legally for the first time in more than 60 years.

Leading monks in the Buddhist-majority country had criticized the decision to lift the ban, arguing it would destroy Sri Lankan family culture by getting more women addicted to alcohol.

Saying he had listened to criticism of the government’s step, President Sirisena told the rally he had ordered the government to withdraw its notification announcing the lifting of the ban.

It came as no surprise to some as he runs an anti-alcohol campaign and has warned in the past that alcohol consumption among Sri Lankan women is increasing “drastically.”

However, commentators say the abrupt cancellation of the government’s reform suggests there are differences within the coalition government.

Mr. Sirisena has encouraged women in the country to play a more active part in politics, boasting last year that his government had acted to ensure more women were returned at future elections.

His apparent double standards over the alcohol issue drew anger from both women and men on Twitter on Sunday.

Less than 0.1% of women above the age of 15 are prone to heavy drinking, compared with 0.8% of men in the same age bracket.

A majority of women in Sri Lanka traditionally choose not to drink alcohol as they see it as contrary to Sri Lankan culture, the BBC’s Azzam Ameen reports.

2. For SRI LANKA:
a) list the who, what, where and when of the news item
b) Define double standard.
c) Why is the President being accused of have a double standard?
d) For what reason do Buddhist monks in the Sri Lanka say women should be forbidden from drinking alcohol?
e) Explain why this would be considered be illogical.