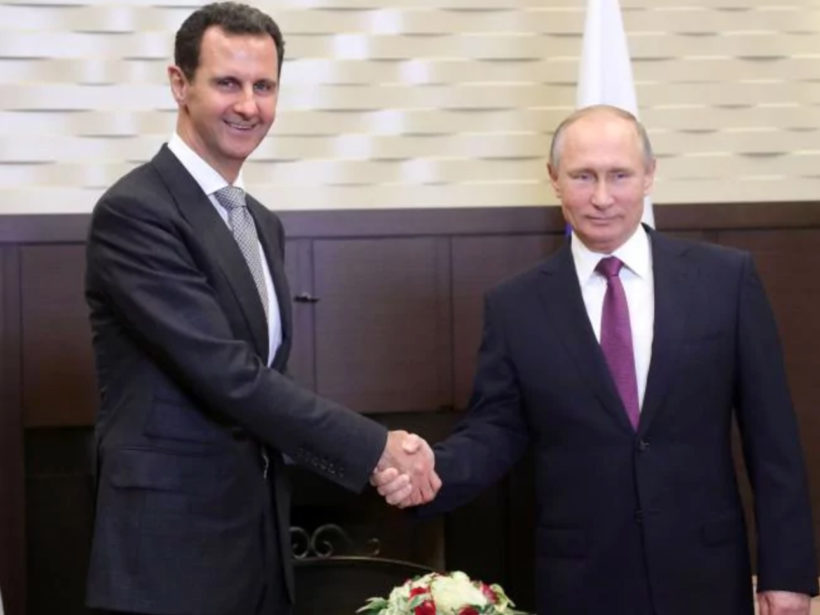 (by Iain Burns from Agence France-Presse at UK Daily Mail) – Russia claimed on Monday that a visit by chemical weapons inspectors to the site of a suspected gas attack in Syria’s Douma had been delayed as a result of Western air strikes.

The British delegation to the Organization for the Prohibition of Chemical Weapons (OPCW) said Russia and Syria had not yet allowed access. [The inspectors had arrived in Syria on Saturday to examine whether chemical weapons were used in Douma on April  – and what kind.]

“This is the latest conjecture of our British colleagues,” Russia’s Deputy Foreign Minister Sergei Ryabkov was quoted as saying by RIA news agency. He also said the delay was because of air strikes.

Russian Foreign Minister Sergei Lavrov, meanwhile, said: “I can guarantee that Russia has not tampered with the site.”

The British delegation said in a statement posted on Twitter: “Unfettered access [is] essential. Russia and Syria must cooperate.” [Britain’s envoy to the OPCW, Peter Wilson, reportedly said there is “reliable intelligence” to support claims that Syria was behind the attack.]

Earlier, Russia vowed not to interfere in the work of a fact-finding mission sent to Syria by OPCW.

“Russia confirms its commitment to ensure safe [sic] and security of the mission and will not interfere in its work,” the Russian embassy in The Hague said in a tweet.

It also criticized the United States, saying the weekend strikes by the US, France and Britain on three facilities in Syria were a bid “to undermine the credibility” of the mission.

Russia made its comments as the OPCW opened emergency talks behind closed doors on Monday to discuss the April 7 the chemical weapons attack in Douma where 40 people were said to have been killed.

The OPCW has 192 members, and Monday’s governing executive council meeting of 41 states was called by its chairman, Bangladeshi ambassador Sheikh Mohammed Belal, ‘to discuss the alleged use of chemical weapons’ in Syria.

The US envoy to OPCW, meanwhile, said Russia may have tampered with the site of the attack. The comments came during a closed-door meeting at the OPCW.

“It is long overdue that this council condemns the Syrian government for its reign of chemical terror and demands international accountability for those responsible for these heinous acts,” US Ambassador Kenneth Ward said in comments obtained by Reuters.

“It is our understanding the Russians may have visited the attack site. It is our concern that they may have tampered with it with the intent of thwarting the efforts of the OPCW Fact-Finding Mission to conduct an effective investigation.”

A diplomatic source told Reuters evidence may have been removed while inspectors negotiated access with Syrian authorities.

Syria and Russia deny chemical weapons were used in the final offensive that captured Douma, a rebel-held territory east of Damascus. [The Syrian government regained full control of Douma on Saturday. Douma was the last rebel holdout in the eastern Ghouta enclave, the target of a government offensive in February and March that left hundreds dead and tens of thousands homeless.

Syrian media, as well as Russian and Syrian officials, have sought to downplay the impact of the joint U.S., French, British airstrikes.

NBC’s Bill Neely tweeted Monday, “Chemical weapons inspectors are NOT being allowed into the site of the gas attack in #Douma. Russia & Syria cite security concerns. The UN ruled it safe.”]

From an April 16 report at the UK Daily Mail.

NOTE: Before answering the questions watch the video under “Resources.”

2. For SYRIA:
a) list the who, what, where and when of the news item
b) What did Russia promise not to do?
c) What has the U.S. called on the OPCW to do?
d) What assertion do the U.S. and other officials make about Russia?