News from Venezuela, Estonia and Pakistan 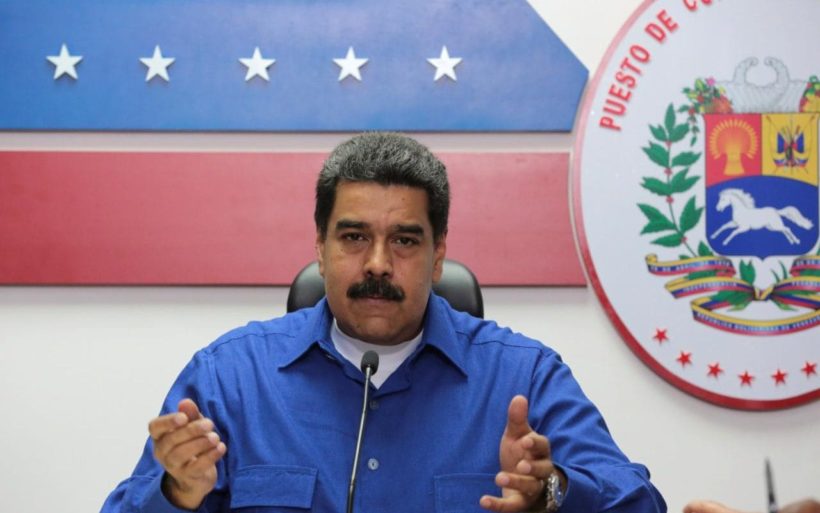 Venezuela’s socialist President Nicolas Maduro is threatening to take over bakeries in Caracas as part of a new "bread war" (Photo: Reuters)

(from Reuters) – Venezuela last week arrested four bakers for making illegal brownies and other pastries as President Nicolas Maduro’s socialist government threatens to take over bakeries in Caracas as part of a new “bread war.”

Maduro has sent inspectors and soldiers into more than 700 bakeries around the capital this week to enforce a rule that 90 percent of wheat must be destined to loaves rather than more expensive pastries and cakes.

It was the latest move by the government to combat shortages and long lines for basic products that have characterised Venezuela’s economic crisis over the last three years.

The ruling Socialist Party says pro-opposition businessmen are sabotaging the OPEC nation’s economy by hoarding products and hiking prices. Critics say the socialist government is to blame for persisting with failed polices of price and currency controls.  [Business leaders deny government allegations that they are to blame for high prices and say the economic woes stem from rigid state controls and the government’s mismanagement.] Breadmakers blame the government for a national shortage of wheat, saying 80 percent of establishments have none left in stock.

During this week’s inspections, two men were arrested as their bakery was using too much wheat in sweet bread, ham-filled croissants and other products, the state Superintendency of Fair Prices said in a statement sent to media on Thursday.

Another two were detained for making brownies with out-of-date wheat, the statement added, saying at least one bakery had been temporarily taken over by authorities for 90 days.

“Those behind the ‘bread war’ are going to pay, and don’t let them say later it is political persecution,” Maduro had warned at the start of the week.

(from London’s Daily Telegraph) – British troops have arrived in Estonia as part of a major NATO mission in the Baltic states to deter Russian aggression. British soldiers, who are part of a NATO deterrent against Russia, arrive at Amari military air base in Estonia (Photo: Reuters)

Around 120 soldiers from the 5th Battalion The Rifles landed at the Amari airbase on Friday, 25 miles south-west of the capital Tallinn.

They were welcomed by Estonia’s defense minister Margus Tsahkna on their arrival from RAF Brize Norton.

Eight hundred British troops are due to be stationed in the country as part of one of the biggest deployments to Eastern Europe in decades.

The first batch will set up a British headquarters in the country before the rest arrive next month.

They will work alongside French and Danish forces to “provide a proportionate, defensive, and combat capable force to defend our NATO ally and deter any form of hostile activity against the [NATO] Alliance,” the Ministry of Defense said.

Britain is taking a leading role in the Estonia Battlegroup, while other nations are deploying troops to Latvia, Lithuania and Poland as part of NATO’s Enhanced Forward Presence battalion. Around 300 British vehicles have also left the country this week by ferry headed for Estonia, including Challenger 2 tanks, Warrior infantry fighting vehicles, and AS90 self-propelled artillery pieces. …..

Prior to his inauguration, Mr. Trump declared NATO “obsolete” but has since modified his stance, telling European leaders, including Prime Minister Theresa May, the alliance remains of strategic importance.

(from London’s Daily Telegraph) – Pakistan said on Thursday it had asked Facebook and Twitter to help it identify Pakistanis suspected of blasphemy so that it can prosecute them or pursue their extradition [have them returned to Pakistan].

Under Pakistan’s strict blasphemy laws, anyone found to have insulted Islam or the Prophet Muhammad can be sentenced to death. Interior Minister Chaudhry Nisar Ali Khan said an official in Pakistan’s Washington embassy had approached the two social media companies in an effort to identify Pakistanis, either within the country or abroad, who recently shared material deemed offensive to Islam.

He said Pakistani authorities had identified 11 people for questioning over alleged blasphemy and would seek the extradition of anyone living abroad.

The interior ministry said Facebook had agreed to send a team to Pakistan to address reservations about content on the social media site, according to the BBC.

Facebook, which has not confirmed it is sending a delegation to Pakistan, said it reviews all government requests carefully, “with the goal of protecting the privacy and rights of our users.”

“We disclose information about accounts solely in accordance with our terms of service and applicable law. A Mutual Legal Assistance Treaty or other formal request may be required for international requests, and we include these in our Government Requests Report,” which is publicized each year, it said in a statement. In 2010, a Pakistani court blocked Facebook in the country over a competition on the social networking website to design cartoons of the Prophet Mohammed.

Plans for the “Everybody Draw Mohammed Day” contest drew an angry reaction, provoking street demonstrations in the Muslim majority country. [Although the Koran does not specifically forbid physical depictions of the Prophet Mohammed, many Muslims follow a tradition which regards such images as blasphemous.]

2. For VENEZUELA:
a) list the who, what, where and when of the news item
b) In 2010, President Hugo Chavez nationalized a fleet of oil rigs belonging to a U.S. company. Farmland and other privately owned companies were also taken over by the government. In 2015, President Maduro ordered the government takeover of a private supermarket chain. What did President Maduro threaten to do to bakeries, which are also privately owned businesses?
c) What do bakers say about the national shortage of wheat?
d) What rule did the arrested bakers disregard?
CHALLENGE:
-Read the “Background” below on Venezuela’s socialist government.
-Watch the video “Capitalism vs. Socialism”
Why does the practice of socialism have such a devastating effect on a country and its economy?

4. For PAKISTAN:
a) list the who, what, where and when of the news item
b) Define blasphemy. What are the consequences in Pakistan for anyone found to have insulted Islam or Mohammed?
c) How did FB and Twitter respond to the Pakistani government’s request?
d) Why do you think these two American companies did not take a strong stand supporting Pakistani citizens’ right to free speech on these social media sites?
e) What is your reaction to this move by the Pakistani government?

From a March 1 post by Theodore Cangero at aier.org: