News from Tajikistan, Germany and France 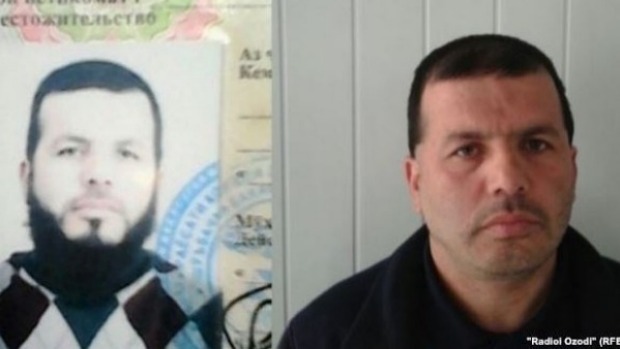 Lutfullo Bobobekov was ordered to shave off his beard by police. (Photo: Fairfax Media New Zealand)

In a bid to curb Islamist radicalization, authorities in the Central Asian republic of Tajikistan shaved the beards off nearly 13,000 men in the country. They also shut down about 160 shops selling traditional Islamic garb and convinced more than 1,700 women to stop wearing hijabs, or head coverings.

According to Radio Free Europe’s Tajik service, the measures were taken in the southwest Khatlon region, which borders Afghanistan. The region’s head of police said that 12,818 men with “overly long and unkempt beards” were “brought to order” in 2015.

The secular regime of President Imomali Rakhmon is known for its hard-line opposition to political Islam. From 1992 to 1997, Tajikistan endured a bitter civil war between government forces loyal to Rakhmon and an Islamist opposition. Estimates suggest that 50,000 to 100,000 people were killed.

The government has taken steps to push back against Islamic traditions it claims are being imported from Afghanistan. The U.S. State Department has estimated that more than 90 percent of its population is Muslim, and that religious adherence appears to be growing in the country. Rakhmon, a secular leader though a Sunni Muslim himself, has been in power since 1992. His authoritarian government has repeatedly expressed concern over the rise of Islam, linking it to extremism. …In September, the country’s Supreme Court banned the only registered Islamist political party that was officially recognized. And in December, Rakhmon assumed further powers after parliament granted his family life-long immunity from prosecution and designated him “the founder of peace and national unity of Tajikistan.”

…Hundreds of Tajik nationals are thought to be in Iraq and Syria among the ranks of the Islamic State militant group. Last year, the chief of an elite police unit assigned to combating Islamist extremists disappeared and is now thought to have joined the Islamic State.

The crackdowns in Tajikistan mirror measures carried out across the border in China’s far-western region of Xinjiang, where Beijing has sought to curb the Muslim traditions of the local Uighurs, a Turkic Muslim minority.

German police have enlisted the help of specialist British police officers dubbed ‘recognizers’ because of their extraordinary ability to remember faces to identify the culprits behind the New Year’s Eve attacks on women in Cologne.

Two ‘super-recognizers’ from the Metropolitan Police, who can remember the faces of almost everyone they have ever seen, have been helping German investigators analyze video footage from the night which saw hundreds of women sexually assaulted and robbed by groups of men mostly of north African origin. Super-recognisers study thousands of hours of CCTV, scanning the faces of people in crowds (BBC)

The two British specialists, whose ability to pick out faces in a crowd is considered to be better than facial recognition software, have been working with police from Cologne to look through CCTV and mobile phone footage from where the attacks took place at Cologne’s main train station.

Tests have found that ‘recognizers’ can recall up to 95 per cent of the faces seen compared to the average person, who remembers only 20 per cent.

Super-recognizers’ abilities are thought to stem from nature rather than nurture, and their impressive recognition skills mean they do not need to see the whole face to identify someone.

The Met (London’s Metropolitan Police Service) employs 140 of them in total, the best of whom have identified more than 800 suspects from photographs.

The number of criminal complaints from the attacks in Cologne has since risen to 883, of which 414 relate to sexual assault, including reports of rape, a police spokesman confirmed. Nine of the 26 suspects are in custody. On New Year’s Eve, men of Moroccan, Algerian or Tunisian origin, aged between around 17 and 30, sexually harassed and attacked a large number of women in Cologne, Germany. (Photo: Deutsche Welle)

It comes as it emerged that attacks that combined sexual violence with thefts similar to those in Cologne also took place in 12 other German states on New Year’s Eve, according to a leaked police report seen by German broadcasters and newspaper the Süddeutsche Zeitung.

A confidential paper prepared for interior ministers by the Federal Criminal Police Office said that Hamburg and North Rhine-Westphalia, where Cologne is located, reported the highest number of crimes involving sexual offenses in public places in which the victims were also robbed.

In Hamburg there were 195 complaints, most of them for sexual offenses, while investigators in North Rhine-Westphalia reported 1076 crimes altogether.

The suspects in these offenses have been reported as being men of Moroccan, Algerian or Tunisian origin aged between around 17 and 30, while the victims were predominantly female.

The internal report also shed light on the difficulties some police forces have had in trying to describe the suspect’s nationality through their use of different terminology, with suspects in Hesse described as “men of North African/Arab/southern European/eastern European appearance” while a report from North Rhine-Westphalia described suspects with an “appearance of a migration background” and an “appearance of being foreign” without elaborating on what exactly that meant.

Nearly 8,000 French Jews moved to Israel in the year following the January 2015 Charlie Hebdo attack, according to the Jewish Agency, which handles Jewish immigration, or aliyah, to Israel.

The number of French Jews moving to Israel has doubled — and doubled again — in the past five years. In 2013, less than 3,300 French Jews moved to Israel. Only two years earlier, that number stood at 1,900. [There are approximately 475,000 French Jews currently living in France.] Britain has the second-highest Jewish emigration from Western Europe, but the scale is much smaller. According to the Jewish Agency, (of the approximately 263,00o in Britain) 774 British Jews moved to Israel in 2015, less than one-tenth the number of French Jews.

Many French Jews settle in Ashdod, a city in southern Israel known for its large French population. You are as likely to hear French on the streets as you are Hebrew, especially in one of the city’s many French cafés.

“It’s great for me here, much better than France,” says Charly Dahan, a musician who moved to Israel from Paris two years ago. “This is the first time in my life that I am relaxed. In France, I also felt good, but the situation and the current problems… it’s very difficult to live as a Jew in France,” he adds.

The Jewish Agency says violence is part — but not all — of the reason for French immigration.

“While high-profile attacks such as those at the Jewish school in Toulouse in 2012, the Jewish museum in Brussels in 2014, and the kosher supermarket in Paris and the synagogue in Copenhagen last year have certainly been the most vivid instances of violence targeting French and European Jews, the French Jewish community has been living with a deep sense of insecurity for quite some time,” says Avi Mayer, spokesman for the Jewish Agency. … French Prime Minister Manuel Valls recently expressed the fear that an exodus of Jews would change the country for the worse.  “Without the Jews, France is no longer France. It’s the oldest community. They have been French citizens since the French revolution,” he told CNN’s Christiane Amanpour.

But when the European Union studied the prevalence of anti-Semitism in 2013, it found that 74% of Jews in France avoid openly identifying themselves as Jewish at least some of the time, and more than a quarter of French Jews always do.

Dov Cohen, a French Jew who left Marseille for Ashdod last summer, says he never wore his religious skullcap, or kippa, in public.  “You have to watch out,” Cohen says about his life in France. “You have to protect the children because of fights in the metro and on the buses. This pushed us to decide to make aliyah,” he says.

(The news briefs above are from wire reports and staff reports posted at Canada’s National Post on Jan. 22, London’s Daily Telegraph on Jan. 24 and CNN on Jan. 25)

Find the answers at the CIA World FactBook website. For each country, answers can be found under the “Geography” “People” and “Government” headings.
Or, go to Wikipedia – search there for “Religion in ___” or “Politics of ____” for the leaders.  Or do an internet search for “Population of ___.”

2. For TAJIKISTAN:
a) list the who, what, where and when of the news item
b) President Rahmon is an authoritarian leader. He is a Sunni Muslim. He heads a secular government. Do you think his attempts to “push back against Islamic traditions it claims are being imported from Afghanistan” will be successful? Explain your answer.

3. For GERMANY:
a) list the who, what, where and when of the news item
b) What are German police asking British ‘super-recognizers’ to help them to do?
c) Who do German police say are responsible for the New Years Eve attacks in Cologne and other German cities?

4. For FRANCE:
a) list the who, what, where and when of the news item
b) Why has there been such a drastic increase in the number of French Jews moving to Israel?
c) What did a 2013 EU study determine about how comfortable French Jews feel about identifying as Jewish in public in France?
d) Read the “Background” under the questions. Do you think Jews in France should hide their Jewish identity as a way to protect themselves from Islamic fanatics? Explain your answer.
e) What do you think French authorities should do to protect French Jews from anti-semitic attacks (to make them feel safe in their own country)?

President Rahmon is a Sunni Muslim and performed the hajj in March 1997. He has called for closer ties with other Muslim nations in the region, notably the Persian-speaking nations of Iran and Afghanistan. (from wikipedia)

Watch a November 2013 CBS News report from London on super-recognizers: