News from Israel, CAR and Thailand 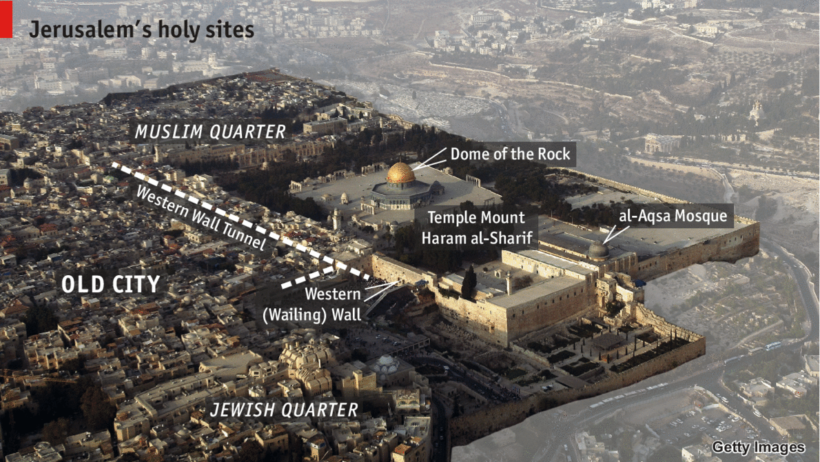 ISRAEL – UN says Jews have no connection to Temple Mount

(from IsraelNationalNews and OneNewsNow) — The UN passed a resolution Thursday denying the Jewish connection to the Temple Mount and the Western Wall.

The resolution was supported by 24 states, including Russia and China. 6 countries opposed and 26 abstained.

The resolution maintains that the Western Wall and Temple Mount will be referred to by their Arabic names and the Hebrew terms for the sites will only appear in quotation marks in UN references.

Earlier Israel had tried to prevent the decision, even asking the Vatican to help prevent the resolution. The Vatican enjoys observer status in UNESCO [United Nations Educational, Scientific & Cultural Organization].

The site is revered by Jews and Muslims alike, known to Jews as Temple Mount and to Muslims as the al-Aqsa compound or Haram al-Sharif.

“The theatre of the absurd at UNESCO continues and today the organization adopted another delusional decision which says that the people of Israel have no connection to the Temple Mount and the Western Wall,” Israeli Prime Minister Benjamin Netanyahu said in Jerusalem after the decision.

The resolution, which is renewed periodically, condemns Israel for restricting Muslims access to the site, and for supposed aggression by police and soldiers.

France, which is trying to bring the Israeli and Palestinians leaders back to the negotiating table by year-end, was among countries voting in favor of the resolution on a previous occasion, a move that caused a diplomatic row with the Israeli government.

Earlier this year, President Francois Hollande said there had been an “unfortunate,” amendment to the text on that occasion and that he would be “extremely vigilant” with this year’s resolution.

Paris abstained this time round, the diplomat said.

“No forum or body in the world can come and deny the connection between the Jewish people, the Land of Israel and Jerusalem—and any such body that does so simply embarrasses itself.” He added, “We can understand criticism, but you cannot change history.”

(Agence France-Presse) – “Eleven people were killed and about 10 others taken to hospital” after an unknown number of gunmen began shooting in the camp for internally displaced people in Ngakobo, 180 miles northeast of the capital Bangui, a statement said.

“Those responsible for these dreadful acts” have not been identified, the communiqué, in French, said.

MINUSCA, which has around 12,000 peacekeepers and police on the ground, “immediately took measures to reinforce its position around the displaced camp and to step up its patrols”, it said. [MINUSCA is the UN peacekeeping mission, which started in April 2014 to protect Central African Republic civilians. It became operational on September 15, 2014.]

On Wednesday, 30 people died and 57 others were wounded when fighters from a mainly-Muslim militia group attacked civilians and clashed with UN peacekeepers in the central town of Kaga Bandoro.

The fighters then attacked a camp for displaced people as well as NGO offices. UN troops from Burundi and Pakistan hit back to protect civilians, killing 12 of the assailants.

The week before, a dozen people died in the capital in fighting between Muslim forces and Christian civilians.

CAR plunged into chaos after the March 2013 ousting of long-serving president Francois Bozize by the northeastern Seleka rebel alliance — triggering revenge attacks and a spiral of atrocities in which thousands were slaughtered. The violence between rival militias, which later took on a sectarian element, displaced one in 10 of the country’s 4.5 million people.

After two years of bloodshed, however, CAR had appeared to be returning to normal, holding peaceful elections early this year following a visit by the pope.

But despite the presence of thousands of UN peacekeepers and a few hundred remaining French troops, tensions remain high and tens of thousands of people are still displaced and in need of aid. Fears remain that the armed groups have not been disarmed.

Thailand is still without a new king after Crown Prince Maha Vajiralongkorn asked Friday that his ascension to the throne be delayed as he joined the country in mourning his father, King Bhumibol Adulyadej, who died Thursday after 70 years on the throne. He was the world’s longest reigning monarch Wissanu Krea-ngam, the deputy prime minister of the government, which is run by a military junta, told a state-run television channel Friday that the head of the country’s Privy Council would act as regent for now. The prince’s coronation will take place after his father’s elaborate cremation ceremony, which is months away, he said.

As mourners waited in long lines Saturday at the Grand Palace to pay their respects to King Bhumibol, some expressed a quiet concern about the country’s epic transition, as they said goodbye to a beloved figure who was the only king most had ever known.

“I’m feeling uneasy after hearing of the king’s passing,” said Kanokwan Komwat, 75, as she stood in line with her family in the sweltering heat. “We can’t rely on anybody else but him. I’m sorry the prince doesn’t want to be king yet, but he’s still grieving.”

Other mourners, when asked about the prince, just blushed, ducked their heads or said that the prince’s mourning period should be respected.

Thailand has strict lèse-majesté laws that prohibit anyone from defaming or criticizing its royal family at the risk of lengthy imprisonment. The military junta has made an increasing number of arrests on those charges in recent years, and in the resort area of Phuket, according to local reports, an angry mob pursued the owner of a sweet shop Saturday after he allegedly posted disrespectful comments about the royals on social media.

Crown Prince Vajiralongkorn is the king’s only son, and it is often said that he lacks the same popularity as his father, who was viewed not only as a father figure but also, by some in Thailand, as a demigod. The prince, a trained pilot, spends much of his time in Europe, at a luxury villa he reportedly owns on a lake outside Munich.

He is often compared to Britain’s Prince Charles, another royal with a long wait to the throne and a messy love life. The crown prince has been married and divorced three times. Pavin Chachavalpongpun, an associate professor of political science and international relations at Kyoto University in Japan, in comparing the crown prince with the king, said, “He’s shown little interest in political and royal affairs, and he’s got a troubled personal lifestyle.”

Some experts said that it was in the military’s best interests to keep the memory of the late monarch alive for as long as possible.

The country’s political system has been under stress for decades from mass protests, military coups and a widening gap between urban elites loyal to the monarchy and the rural and aspiring middle class who support ousted prime minister Thaksin Shinawatra. Shinawatra’s sister, Yingluck, was the head of the country’s last democratically elected government until a military coup in 2014.

The coronation of a new king lacking the authority of his father might deepen those cracks, experts said.

“So many groups will realize that the center does not hold anymore,” said Pramote Nakornthab, a political analyst. “Violence could break out at any time.”

On Saturday, the country entered the second day of a state of mourning that will officially last for a year. The wholesale market in Bangkok was overrun by purveyors of black clothes.

Taxi drivers offered free rides to the Grand Palace, and buses brought in hundreds of mourners from across the country. Five times a day the radio emanated the mournful sound of monks chanting over the king’s body inside the cavernous palace complex.

The prince spent much of his childhood in a different Bangkok palace, one his father had made into a laboratory of sorts for his pet projects to aid his country’s development, with a school and small farm. He went on to attend a military academy in Australia and now is a marshal of the Thai armed forces.

The best known of his three sisters, Princess Maha Chakri Sirindhorn, a military history teacher and amateur photographer, took over administering her father’s development projects during his years of failing health, including shops that sell handicrafts from tribal communities.

Although some think she would be a natural successor to the king, she has studiously avoided any hint that she desires the throne for herself, Nakornthab said.

“She is very dormant, very subordinate to her brother,” he said. “She could not show anything — by an act, by a word or anything — that she aspires to become monarch or the rival of her brother.”

Experts said that when the crown prince does become king, she would serve as a prominent deputy.

(The news briefs above are from wire reports and staff reports posted at IsraelNationalNews and OneNewsNow on October 15&16 [Israel], Agence France-Presse on October 16 [Central African Republic] and The Washington Post on October 15 [Thailand].)

3. For CENTRAL AFRICAN REPUBLIC:
a) list the who, what, where and when of the news item
b) How many United Nations (MINUSCA) peacekeepers are in CAR?
c) How effective do you think United Nations peacekeepers are at protecting civilians in refugee camps? (Are they doing the best they can? Are they ineffective?) Explain your answer.

4. For THAILAND:
a) list the who, what, where and when of the news item
b) What is lèse-majesté?

CAR ranks 185 out of 187 on the United Nations Human Development Index. Over the past two years, the United States has provided over $800 million of humanitarian, development, and security assistance in support of the CAR people’s efforts to find long-term stability and peace. Significant portions of the country’s territory remain uncontrolled and ungoverned, with the presence of multiple armed actors creating insecurity in much of the north and northeast. The LRA continues to terrorize civilians in the southeastern part of the country. The United States is pleased to work together with the African Union and other international bodies and to support CAR as it combats the LRA. The United States has also provided assistance to strengthen the UN mission and humanitarian aid to address the dire humanitarian situation in CAR. (from the U.S. State Department website)

What are the laws?

Why does Thailand have them?

To understand the importance of this issue, read “What Is the Temple Mount, and Why Is There So Much Fighting Around It?“