News from Iran, India and China 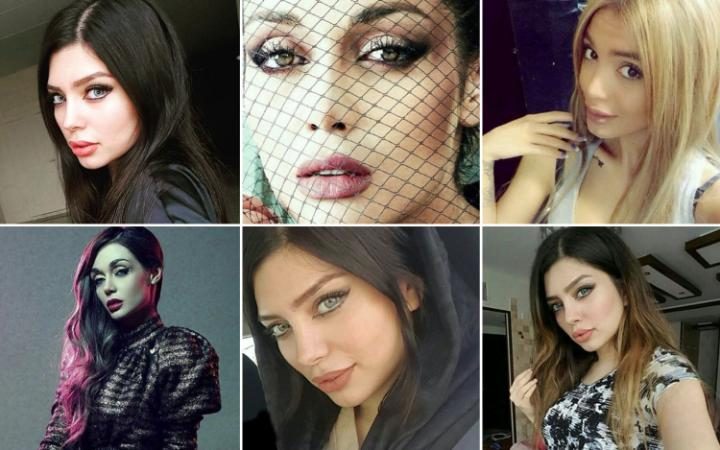 Iranian women have been posting pictures of themselves without hijab on social media.

The announcement, by Tehran’s cyber-crimes court, confirms reports of disappearances of faces that had become well-known on social media feeds like Instagram.

The Islamic Republic has begun cracking down on liberalizing trends particularly related to proper “hijab” – the covering of women’s hair for what Islamists say is a sign of modesty.

The court said a “sting” operation code-named “Spider 2” had been set up to trawl through social media feeds and find Iranian women posting pictures of themselves without hijab.

It said it had identified 170 accounts on Instagram, including 59 photographers and make-up artists, 58 individual models, 51 “fashion salon managers,” and others, that were responsible.

It said that one in five of all Instagram feeds in Iran were run by this “circle” that spread “immoral and un-Islamic culture and promiscuity.”

The court accused the models of making money from appearing online. One woman, named as Elham Arab by the judiciary-linked website Mizan Online, has already given evidence in a court case.

The models are believed to be on bail, but facing heavy charges including “spreading prostitution” and “promoting corruption.”

The last two are said to be married, and to have subsequently left Iran. Ms. Golrokh issued a statement at the time saying: “Unfortunately for the moment I will not be active in Iran, but I will continue my work outside Iran. Thanks for your support and your positive energy. I love you.” Hundreds of Iranian woman demonstrate in front of presidential office against the clergy order for all Iranian female employees of government offices to put on veils at work, in Tehran, July 5, 1980. (The Guardian) – On a hot afternoon in Delhi, a group of men sat around a fire chanting Hindu mantras. Idols of Shiva and Hanuman watched on as the group performed a havan puja, a ceremony of worship which they hoped would bring good fortune for the subject of their prayers.

Someone had printed out a picture of his face and thumbed vermillion on his forehead, in a sign of reverence.

Alongside the incense, offerings and Hindu gods, he looked somewhat out of place, but the photograph was instantly recognizable: it was Donald Trump.

Vishnu Gupta, leader of the Hindu Sena, the organization that arranged the ceremony, said that the puja was one of many events the group was organizing to gather support for Trump in India, and – he hoped – help the Republican candidate win the presidency. Activists of Hindu Sena perform a special prayer to ensure a victory of Donald Trump in the upcoming U.S. presidential elections, in New Delhi on Wednesday, May 11.

A rally would soon follow, and demonstrations outside the US embassy in Delhi urging Indian-origin Americans to vote for Trump will be on the menu for coming months, Gupta said. “He’s our hero,” he said. “We are praying for Trump because he is the only one who can help mankind.”

Gupta’s motives for supporting Trump were simple: “He’s the only man who can put an end to Islamic terrorism.”

Trump’s hardline stance on Muslim immigration to the US and his rhetoric against Isis and other terror organizations seem to have caught the imagination of the young Hindu leader, who has grown up in a political climate where communal strife between Hindus and the Muslim minority has led to violent clashes on both sides.

Shourya Sharma, a 27-year old software developer who is a supporter of the incumbent Hindu nationalist BJP party in India, agreed. “Politicians in India don’t want to go hard on Muslims because they need the Muslim vote,” he says, asserting that India’s neighboring Pakistan had fueled terrorist activity by Indian Muslims.

“The Obama administration emboldened Pakistan to trespass into Indian territory. The threat of Isis is also looming over India. We need support from an ally like the USA,” Sharma said.

Trump’s promise to revise US immigration policy and take outsourced “American” jobs back from India have raised anxiety in the country, especially among the middle classes, who often aspire to study or work in the US or have relatives in the country. … On the other hand, earlier this year, in an interview with CNN, he said: “By the way, India is doing great. Nobody talks about it. I have big jobs going up in India.” …

Not all of Trump’s Indian supporters come from a Hindu background. Abhijit Iyer-Mitra, a foreign policy analyst and magazine columnist, says that he just didn’t want to see Hillary Clinton in power. “I’m a Bernie turned Trump supporter,” he said. “[Clinton] is a walking, talking foreign policy disaster.”

Iyer-Mitra argued that Clinton’s fumbles in Libya have left 6,000 Indian families who were working there displaced, and that her approach to the Syrian conflict would lead to more conflict than peace. “Hillary has a track record of failure,” he said. …

(Agence France-Presse at YahooNews) Beijing – Official Chinese media stayed largely silent about Monday’s 50th anniversary of the start of the bloody Cultural Revolution, with discussion of the tumultuous decade still controlled on the mainland. Chinese “Capitalist-Roaders” publicly humiliated by Red Guards during the Cultural Revolution. In general, the victim of a “struggle session” was forced to admit to various crimes before a crowd of people who would verbally and physically abuse the victim until he or she confessed. May 16 marked half a century since the 1966 declaration of the movement, which left mayhem in its wake and transformed the political landscape.

But the People’s Daily, mouthpiece of the ruling Communist Party, carried no articles about the anniversary in either Chinese or English.

The communist state-run Global Times ran just five paragraphs of an AFP story about the popularity of Cultural Revolution memorabilia but without including any political context.

In 1981 the Communist Party officially pronounced the Cultural Revolution a grave error that “led to domestic turmoil and brought catastrophe to the Party, the state and the whole people.”

It ascribed chief responsibility to Communist Chairman Mao Zedong, avoiding the question of the party’s own culpability [responsibility]. Now it restricts discussion of the period to prevent undermining the legitimacy of its rule.

Asked about the anniversary at a regular press briefing Monday, foreign ministry spokesman Hong Lei offered only a single sentence in response: “The Chinese government already made the correct verdict on it long ago.”

Users who sought to discuss the campaign on China’s Twitter-like Weibo were censored.

The sin of the Cultural Revolution was that “it inspired as far as possible the evil in human nature, severed our national culture, destroyed our moral beliefs”, said one deleted comment, according to archival site freeweibo .com.

“What’s unbelievable is that there still remain doubts in our understanding of such a grave catastrophe, that its pernicious [extremely harmful] influence has failed to be eliminated, and that the culprits have yet to be investigated,” the commentator added.

Another censored commentator had written: “Without thoroughly revisiting [studying/learning about] the Cultural Revolution, there will be people who want to bring it back.”

In an editorial last week the Global Times admitted: “Despite the government’s acknowledgement, the Cultural Revolution remains divisive.”

(The news briefs above are from wire reports and staff reports posted at London’s Daily Telegraph on May 16, The Guardian on May 13 and YahooNews on May 15.)

2. For IRAN:
a) list the who, what, where and when of the news item
b) What is Spider 2?
c) What did Iran’s cyber-crimes court accuse those arrested of doing? What charges were brought against them?
d) What social media sites are currently blocked in Iran?

3. For INDIA:
a) list the who, what, where and when of the news item
b) Who is Vishna Gupta? How did he explain his group’s fervent support for Donald Trump?
c) How did software developer Shourya Sharma explain his support for Trump?
d) What is your reaction to these assertions?

From a Sept. 2015 Guardian interview of Iranian Photographer Hengameh Golestan:

On March 7, 1979, the hijab law was brought in by the Islamic revolutionary leaders who had taken over, decreeing that women in Iran would have to wear scarves to leave the house. Many people in Tehran went on strike and took to the streets. It was a huge demonstration with women – and men – from all professions there, students, doctors, lawyers. We were fighting for freedom: political and religious, but also individual.

At the beginning of the demonstration, I was walking beside this group of women, who were talking and joking. Everyone was happy for me to take their picture. You can see in their faces they felt joyful and powerful. The Iranian revolution had taught us that if we wanted something, we should go out into the street and demand it. People were so happy – I remember a group of nurses stopping some men in a car and telling them: “We want equality, so put on some scarves, too!” Everyone laughed.

This turned out to be the last day women walked the streets of Tehran uncovered. Iranian journalist Masih Alinejad posts pictures of women in Iran without their compulsory hijabs — and gives voice to their struggle for freedom and equality.

The 50th anniversary of the start of the Cultural Revolution, which plunged China into a decade of chaos, has been met with silence in state media.

On Monday, the main state media outlets made virtually no mention of the anniversary, focusing on coverage of the South China Sea and other domestic issues. No official events were planned by the authorities to mark the 50-year milestone.

One blogger “Media Lao Wang” posted a picture on micro-blogging site Weibo that showed the front pages of five major Chinese newspapers on Monday and none of them mentioned the Cultural Revolution. (from a May 16 BBC News report)

From Wikipedia: The Cultural Revolution was a sociopolitical movement that took place in the People’s Republic of China from 1966 until 1976: