News from Estonia, Turkey and Brazil 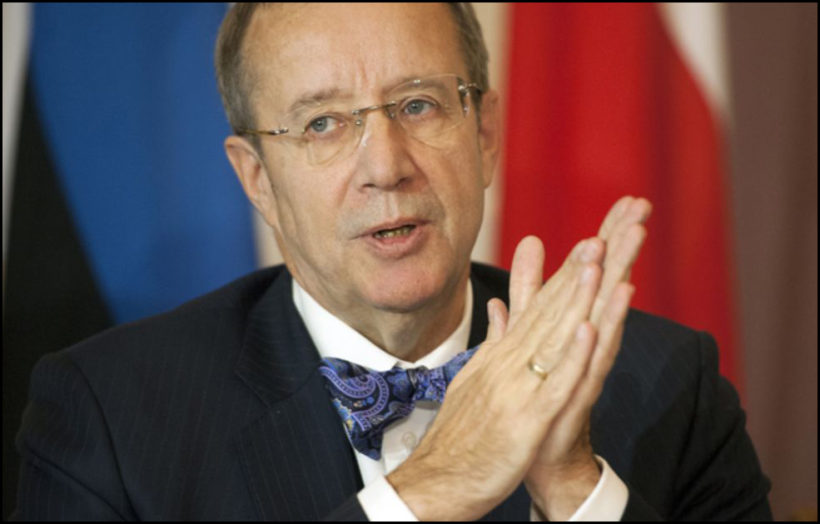 …For President Toomas Hendrik Ilves, the possibility of Estonia becoming the epicenter of the world’s next crisis is very real.

…If the Kremlin were to invade this nation of 1.3 million people in the way it has dismembered Ukraine, the consequences would be infinitely more perilous. Estonia joined NATO 11 years ago – as such, every country in the Atlantic Alliance, including America and Britain, would be obliged to go to war in its defense.

The frontier with Russia, only a two-hour drive from Mr. Ilves’s office, also amounts to a nuclear tripwire. And yet not a single American or NATO soldier is currently defending that border.

“We have observed a dramatic increase in military flights,” he says. “We have seen massive snap exercises at our borders. We have seen a heightened level of antagonistic rhetoric and threatening rhetoric where Estonia is not singled out, but we are part of a group of countries who are mentioned in a threatening way.” Despite the crisis in Ukraine and the ceaseless belligerence of Russian President Vladimir Putin, NATO has not permanently deployed any combat units in Estonia or any other Baltic member.

That is because in 1997, NATO signed a “founding act” with Russia stating that no combat troops would be permanently stationed east of Germany “in the current and foreseeable security environment.” In the face of every Russian provocation and threat, NATO is still observing that self-denying ordinance. One company of US infantry, consisting of 150 soldiers, is the sole contingent of NATO troops currently in Estonia – and they are only here temporarily.

Mr. Ilves believes the time has come for NATO to point out that the “security environment” has indeed changed since 1997 and permanently deploy at least a brigade in the Baltic states. “One hundred and fifty soldiers is not a lot, so we do think that further stationing of troops at a higher number is only reasonable,” he says.

“We get exercises that take place behind our borders that have 40,000 to 80,000 [Russian] soldiers. Yet we are accused of escalating the situation – or the United States is accused because they are the only ones with boots on the ground here – and Russia says that it will have to take counter-measures.”

During the Wales summit last year, NATO leaders offered their most vulnerable allies a series of “assurance measures.” They promised that a “very high readiness” task force, comprised of 5,000 troops, would be able to deploy to the Baltic states in the event of an emergency.

But Mr. Ilves is unreassured. “It would get here in, what, a week? Five days?” he says. “But if you look at the exercises that are done by our neighbor [Russia], they’re basically instantaneous. They’re here and it’s over in four hours.”

Despite conscription and a defense budget exceeding NATO’s target of two per cent of national income, Estonia’s army has only 5,300 soldiers. Like the other Baltic states, Estonia does not possess any jet fighters, so it relies entirely on NATO to guard its airspace. Last year, NATO quadrupled the strength of its Baltic Air Policing Mission – but only from four to 16 warplanes. Russia, meanwhile, possesses 230,000 troops and 1,200 combat aircraft.

In the event of an invasion, President Ilves believes that Russia would try to seal off the Baltic states before NATO’s “very high readiness” force had a chance to arrive. “It’s a great idea but it probably is, in terms of the realities, just too late,” he says simply.

Hence the importance of NATO stationing at least a brigade now, as well as pre-positioning equipment and headquarters staff. Estonia is spending $44 million on barracks for allied troops, but without knowing whether they will actually show up on a permanent basis. …

Pope Francis, head of the Roman Catholic church, has sparked a diplomatic row with Turkey ahead of the 100th anniversary commemorations of the mass killings of Armenians under Ottoman (Turkish) rule, after describing the events as “genocide.”  [genocide is defined as: the deliberate killing of a large group of people, especially those of a particular ethnic group or nation] The Pontiff’s [Pope’s] comments, made in an address to Armenian politicians and Orthodox church leaders in Rome on Sunday, led to the Turkish foreign ministry summoning the Vatican’s envoy to Ankara for an official dressing down.

There had been intense speculation over whether the Pope would use the controversial term during Sunday’s service, which came two weeks ahead of what Armenia regards as the anniversary of the killings on April 24. Doing so risks alienating a potential ally in the Catholic church’s efforts to stop radical Islamists persecuting Christians in the Middle East.

However, the Pope made his intentions clear just minutes into the service on Sunday, labeling the slaughter “the first genocide of the 20th century.”

His comments will be seen as a clear decision to ignore previous diplomatic protests from Ankara after he spoke about Armenian genocide in an unofficial capacity two years ago. On that occasion, a Vatican spokesman was forced to deny that the pronouncement signified his official stance.

…Up to 1.5 million people were systematically killed by Ottoman forces in 1915. The deaths are regarded by Turks as casualties from a civil war. At Sunday’s Armenian Catholic rite honoring the centenary – also attended by Serzh Sargsyan, the Armenian President, Pope Francis said that humanity had lived through “three massive and unprecedented tragedies” in the last century, the other two being Nazism and Stalinism.

“The first, which is widely considered ‘the first genocide of the 20th Century,’ struck your own Armenian people,” he said: “Concealing or denying evil is like allowing a wound to keep bleeding without bandaging it.”

He told the audience that it was his duty to honor the innocent men, women, children, priests and bishops who were “senselessly” murdered by Ottoman Turks.

More than 20 countries around the world, including Italy, France, Russia, Germany, Argentina and Cyprus formally recognize the massacre as genocide. Britain says the evidence is not “sufficiently unequivocal” to do so.

Turkey’s foreign ministry reportedly told the Vatican’s envoy that it was “disappointed” by the Pope’s comments, and that they caused a “problem of trust” between Turkey and the Vatican. …

Pope Francis has already linked the deportation of Armenians from Turkey to the plight of Christian refugees in the Middle East today, many of whom have been forced to leave their homes by Isil (ISIS) militants and other militant forces.

“I think with sadness about those regions such as Aleppo [Syria], which a hundred years ago were a safe harbor for the few survivors,” Pope Francis said last week during a meeting with 20 bishops of the Patriarchal Synod of the Armenian Catholic Church. “Recently these regions have seen the endurance of Christians, and not only Armenians, put at risk.”

Brasilia – Hundreds of thousands of Brazilians took to the streets Sunday, venting anger over government corruption and a souring economy a month after more than a million people staged protests. With cries of “Dilma out” and “corrupt government,” marchers — many wearing the yellow and green jerseys of the national football team — called for President Dilma Rousseff’s ouster and an end to impunity for corruption.

Police put turnout at 682,000 people who marched in 195 cities, while organizers gave a total estimate of 1.5 million — around half of them attending the largest gathering in Sao Paulo.

Those pocketbook issues — as well as the perceived erosion of workers’ rights — have fueled growing opposition to the leftist president, re-elected in October. …

The 800,000 estimate by organizers in Sao Paolo would put the national total on par with last month’s demonstrations. …

Marchers converged on the capital Brasilia, where some protesters hung a banner calling for the army to intervene. Similar protests on March 15 brought out more than 1.7 million people, according to police….

Rousseff’s popularity ratings have crashed below 20 percent, not just because of the Petrobras affair but also as a result of a staggering economy after four years of anemic growth.

Rousseff has responded with budget cuts, but promised to protect welfare programs that form the foundation of support for her party.

(The news briefs above are from wire reports and staff reports posted at London’s Daily Telegraph on April 11 and April 12 and YahooNews on April 12.)

1. For each of the 3 countries, give the following information:
a) capital
b) location/the countries that share its borders
c) the religious breakdown of the population
d) the type of government
e) the chief of state (and head of government if different) If monarch or dictator, since what date has he/she ruled? – include name of heir apparent for monarch
f) the population
[.   NOTE: Some answers can still be found at the WorldFactBook (a, b and d)  — however, we have determined that it is no longer always accurate for c, e and f.  Instead, the most accurate for these answers is Wikipedia – search there for “Religion in ___” or “Politics of ____” for the leaders.  Just do an internet search for “Population of ___.”]

2. For ESTONIA:
a) list the who, what, where and when of the news item
b) What evidence does President Ilves give for his assertion that Russia would invade Estonia?
c) Read the “Background” on NATO below the questions. How do you think NATO should respond to its member country Estonia’s call for troop protection from Russia?

3. For TURKEY:
a) list the who, what, where and when of the news item
b) How many Armenians were killed by the Ottoman Turks in the Armenian Genocide of 1915?
c) Why do you think Turkey’s government refuses to acknowledge 100 years later that it was genocide?
d) Why do you think it is important to Armenians that they do so?
e) How would you describe Pope Francis’ reference to “the first genocide of the 20th century?” (the right thing to do, divisive, combative, helpful…)

4. For BRAZIL:
a) list the who, what, where and when of the news item
b) What complaints did protesters make against President Rousseff’s government?