Posted on March 9, 2016 in Wednesday's Example of Media Bias 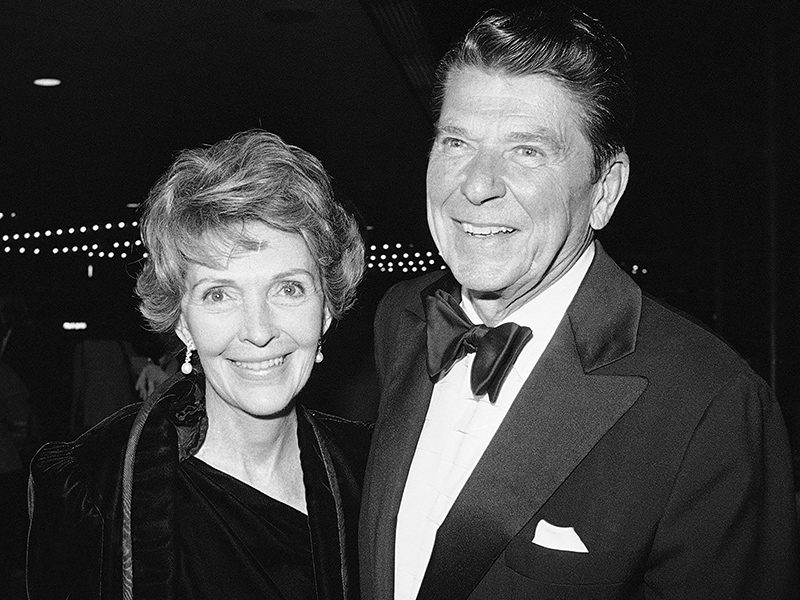 The Washington Post… [published a] long obituary that largely trashed former first lady Nancy Reagan, who died on March 6 at the age of 94.

In the 3,300-plus word obituary by Lois Romano, she sprinkled some praise in between her critical look at Mrs. Reagan’s role as first lady and advocate for her husband’s legacy.

This is how Romano described Mrs. Reagan at the beginning of her obituary:

As first lady from 1981 to 1989, Mrs. Reagan had a knack for inviting controversy — from her spending habits to her request that the White House abide by an astrologer when planning the president’s schedule.

But the controversies during her years as first lady often obscured her profound influence on one of the most popular presidents in modern history. They were a universe of two, and their legendary devotion helped define the Reagan presidency.

Even when it appears that Romano is praising Reagan for her efforts, she makes sure to accentuate the negative:

In Washington, Mrs. Reagan’s most prominent initiative as first lady was the ‘Just Say No’ drug-awareness campaign, aimed at preventing recreational drug use among young people. Later, she expanded the campaign globally and held a White House summit with 30 first ladies from around the world.

Like the current White House occupants, she brought young artists to perform in the White House, many of whom were showcased in a PBS television series, ‘In Performance at the White House.’

But time after time, her efforts at developing a substantive role for herself were overshadowed by parallel revelations about her lifestyle or her influence over her husband.

That negativity continued when Romano described the former first lady’s attempts to restore class to the White House after the Jimmy Carter years:

Mrs. Reagan took Washington by storm in 1981. Even before her husband — a movie star before he became governor of California — was sworn in, she swept into town with a larger-than-life cadre of wealthy California friends and celebrities who wore sable coats, knotted traffic with their shiny white limousines and threw lavish parties the likes of which were unprecedented at inaugural festivities. At first, the public seemed to embrace what was billed as the return of style and glamour after four years of the more modest style of peanut farmer Jimmy Carter.

But the glamour soon was seen as ostentation during a steep recession. After complaining that the White House residential quarters were in disrepair, and noting that she could find no set of matching china there, Mrs. Reagan turned to affluent friends to raise funds for $800,000 in renovations and $200,000 of new china.

Although no public money was spent, these two expenditures became symbols of excess. A high-profile trip to Britain for the wedding of Prince Charles and Lady Diana six months into the presidency only fueled her detractors.

Critics took to calling her ‘Queen Nancy,’ which eventually became a popular postcard. By December 1981, a Newsweek poll reported that 61 percent of the public considered her less sympathetic than previous first ladies to the needs of the disadvantaged.

What Romano failed to mention was that Mrs. Reagan finished at the top of a Gallup poll of the “most admired women” in America in 1981, and remained in the top 10 throughout the Reagan presidency.

Romano didn’t write an obituary, she wrote an anti-Reagan editorial, thinly disguised as an obituary, allowing her personal biases to creep into an area in which it doesn’t belong.

1. Mr. Irvine informs the reader: “What Romano failed to mention [in her obituary] was that Mrs. Reagan finished at the top of a Gallup poll of the “most admired women” in America in 1981, and remained in the top 10 throughout the Reagan presidency. Do you think this was important to note in Mrs. Reagan’s obituary? Explain your answer.

2. Mr. Irvine concludes his post by stating: “Romano didn’t write an obituary, she wrote an anti-Reagan editorial, thinly disguised as an obituary, allowing her personal biases to creep into an area in which it doesn’t belong.”
Do you agree with this assertion? Explain your answer.