Posted on October 5, 2016 in Wednesday's Example of Media Bias 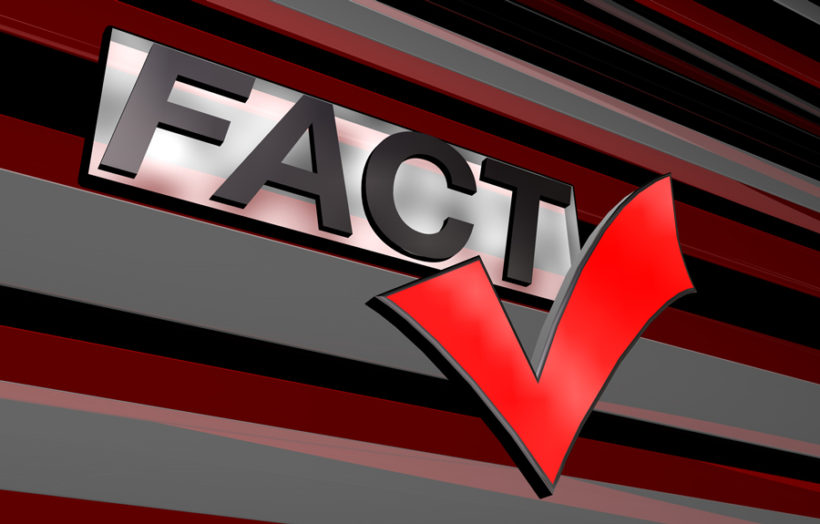 Most voters believe news organizations play favorites when it comes to fact-checking candidates’ statements, but this skepticism is much stronger among voters who support Donald Trump than those who back his rival Hillary Clinton.

These findings are no surprise given that voters think it’s far more likely reporters will try to help Clinton than Trump this election season.

The national survey of 1,000 Likely Voters was conducted on September 28-29, 2016 by Rasmussen Reports. The margin of sampling error is +/- 3 percentage points with a 95% level of confidence.

Voters remain skeptical about the political news they are getting. Voters also continue to strongly believe that the media is more interested in controversy than in the issues when it comes to the presidential race.

Most Republicans (79%) and voters not affiliated with either major political party (69%) believe the media skew the facts to help candidates they support, but only 40% of Democrats agree.

The majority of voters in most demographic categories believe the media play favorites when they fact-check candidates’ comments.

Blacks are more trusting of media fact-checking than whites and other minority voters are.

Seventy-nine percent (79%) of conservatives and 58% of moderates think the media skew the facts to help their favorites, but liberals by a 51% to 39% margin trust media fact-checking.

Prior to the first televised debate between the major party candidates on September 26, the Clinton campaign stated that a failure by the moderator to fact-check Trump’s statements in real time would give him an unfair advantage. However, voters were pretty convinced that the moderators would be helping Clinton more than Trump. (From Rasmussen Reports, Sept. 30)

1. Rasmussen concludes: “The majority of voters in most demographic categories believe the media play favorites when they fact-check candidates’ comments.”  What do you think? Explain your answer.

2. James Taranto of The Wall Street Journal writes: “Not surprisingly, those who favor the same candidate as the media are less likely to see media bias.”  Do you agree with this assertion? Explain your answer.

4. Ask a parent the same questions. Discuss your answers.