Posted on April 8, 2015 in Wednesday's Example of Media Bias 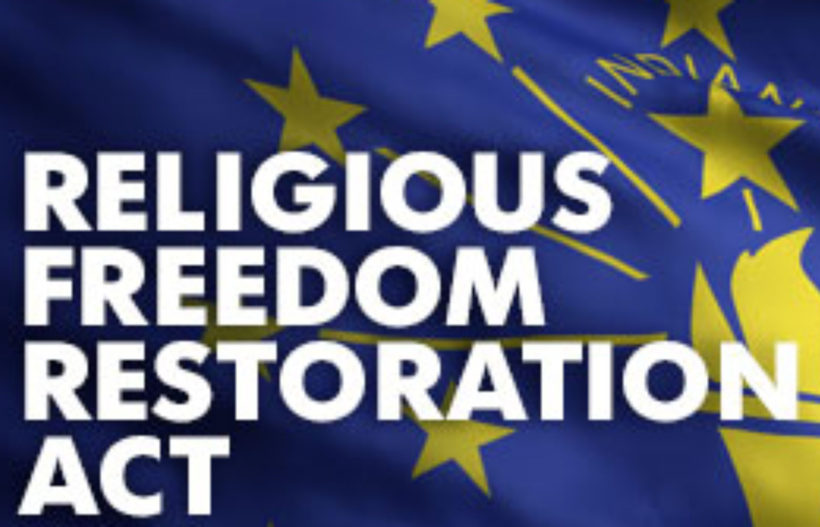 It turns out some Muslim-owned bakeries are no more willing to create wedding cakes for same-sex ceremonies than their Christian counterparts.

Conservative podcast host Steven Crowder posted hidden-camera video last week showing employees at several Muslim-owned bakeries in Dearborn, Michigan, declining his business or referring him to other shops when he asked for a wedding cake with the message “Ben and Steven forever.”

Crowder’s video makes the point that Christian-owned shops have been targeted for legal action and derision for refusing to serve same-sex weddings even as gay-rights activists and media outlets ignore business owners of other faiths known for their conservative social views, notably Islam.

The fierce national debate over religious-freedom bills, particularly in Arkansas and Indiana, has increased the attention on Christian-owned businesses, which suddenly find themselves the subject of intense and potentially ruinous media focus.

…Owners of Memories Pizza in Walkerton, Indiana came under attack last week after telling an ABC57 reporter that they would not cater a hypothetical gay wedding – not that they had ever been asked to do so. They said they would serve any customer that came into the store, but could not cater a same-sex wedding.  There were subsequent threats to burn down the store, rob the owners and cause other harm. (Memories did close, but reopened after supporters donated money to the business on GoFundMe crowdfunding website set up by a conservative talk show host.)

Meanwhile, CNN’s Gary Tuchman went to five florists in Georgia to ask whether they would provide floral arrangements for a same-sex wedding. Workers at all five shops said no, although he said those at only two of the businesses would agree to appear on camera. The Anderson Cooper 360 segment, which named the employees but not their shops, came in response to a Religious Freedom Restoration Act (RFRA) bill under consideration in Georgia. The state legislature adjourned Thursday without acting on the bill.

Since the report aired, the florists have come under heated criticism online. …

The Michigan legislature is also weighing a RFRA (Religious Freedom Restoration Act), although Gov. Rick Snyder said Thursday that he would veto such a measure. While it may be tough to find a Muslim-owned bakery or florist in most U.S. cities, that’s not the case in Michigan, home to a large Muslim community in Dearborn.

Mr. Crowder’s video shows several employees at Muslim bakeries, which are not identified by name, referring him elsewhere. One baker shakes his head and says, “No, no, I don’t want it,” apparently referring to the cake-baking job.

“Many of the Muslim bakeries were kind enough and willing to serve us, but many of them were not,” Mr. Crowder said.

A Facebook comment on the video: “Waiting for the militant progressive supporters of gay wedding cake to start threatening and protesting these Muslim ran bakeries … I think we will be waiting a long time.”

1.  Double standard is defined as a set of principles that applies differently and usually more rigorously to one group of people or circumstances than to another. (from Merriam-Webster Dictionary, m-w.com)  Do you think the media displays a double-standard in their reporting between Christian and Muslim business owners? Explain your answer.

3.  Assertion is defined as – a confident and forceful statement of fact or belief.
Valid is defined as – fair or reasonable.
Do you think the assertions made by Mr. Crowder in his video are valid?  Explain your answer.

2.  Investigating Christian-run businesses but ignoring their Muslim-run counterparts is an example of bias by story selection.