The Battle Behind the Headlines: Can we fix the media bias against Israel?

Posted on October 28, 2015 in Wednesday's Example of Media Bias 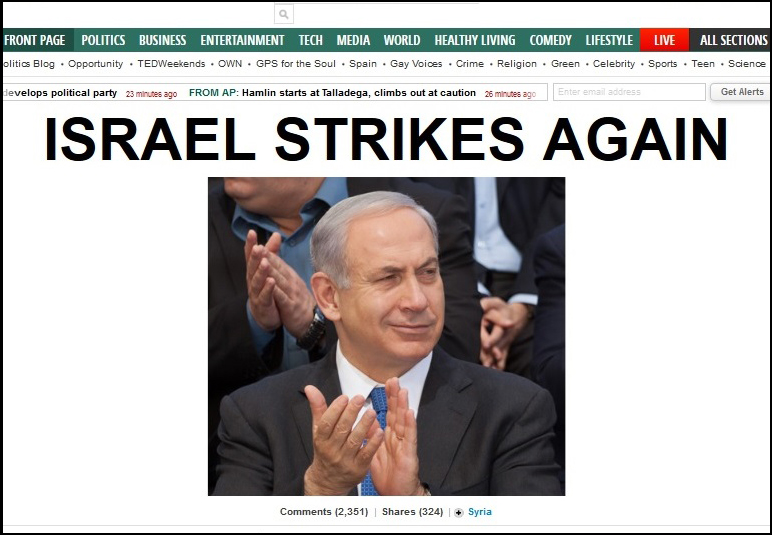 From an October 29 Jerusalem Post article:
It’s become [the usual] these days: A terror attack takes place, but news outlets around the world write, “Palestinian killed by Israeli forces,” failing to mention the attack or its victims.

Recently, The Guardian, Al Jazeera, MSNBC and the Los Angeles Times have come under sharp criticism for this and even issued apologies. But by the time the next attack happens, they revert to their old mistakes.

Why does this keep happening? The Jerusalem Post spoke with a media scholar at the University of Haifa, as well as an Israeli PR advocate who convinced a major newspaper to correct its story and re-evaluate their tactics.

Prof. Yariv Tsfati is a media scholar who is the chair of the Department of Communication at the University of Haifa. He said that a combination of time constraints and lack of resources is behind the seemingly insensitive headlines. …

In some cases, he said, the number of those dead or injured is combined together, leading journalists to confuse a dead attacker with his or her victims.

One of those who were shocked to see a biased story was Shay Attias, a leader in public diplomacy in Israel and one of the original founders of the Israeli Ministry for Public Diplomacy in the Prime Minister’s Office.

He recently spotted a story in the Los Angeles Times that read:

“Each one of those killed was a terrorist in the midst of an attack,” Attias wrote in the original email.

This set off days worth of back-and-forth emails that resulted in the newspaper changing its headline, along with an apology that admitted they had the wrong information.

“The main thing is that I gave him facts on the ground. I didn’t just say that Israel is the good side and the Palestinians are the bad side,” Attias said, noting that he sent the editor reports on the terrorists, on the attacks, as well as a link to recent comments by Palestinian Authority President Mahmoud Abbas. “I gave him the right information that he truly didn’t have.”

He said that since the correction, their coverage of Israel has been markedly better.

To fix this problem for good, Tsfati said that journalists should report the chain of events in an attack, as well as clearly identifying who was the attacker and who was the victim. “It’s much easier [for a rushed reporter] to just say who was killed, which recently is often the Palestinian attacker.”

Even if they are rushed, Tsfati said, journalists must still be held accountable for their errors and should make a commitment to do better. He lamented that improvement takes time and commitment, and reporters “are always busy handling the next crisis in line. “That’s why these errors are repeating and repeating.”

Attias, however, said that even though many feel Israel is on the losing end of a PR battle, every citizen has the power to contact biased news outlets and try to make a change by contacting editors, foreign media desks and posting on social media. “You’d be surprised to realize how much power you have under your hands.”

The Israelis quoted in this excerpt say that the media appears biased because they don’t have all the facts when reporting on Palestinian attacks on Jewish people in Israel.  What do you think:  do the reporters have no time to get the facts when writing these news stories, or are they biased against Israel?  Explain your answer.