Shrinking glacier begins to grow again, but this is bad news?

Posted on April 10, 2019 in Wednesday's Example of Media Bias 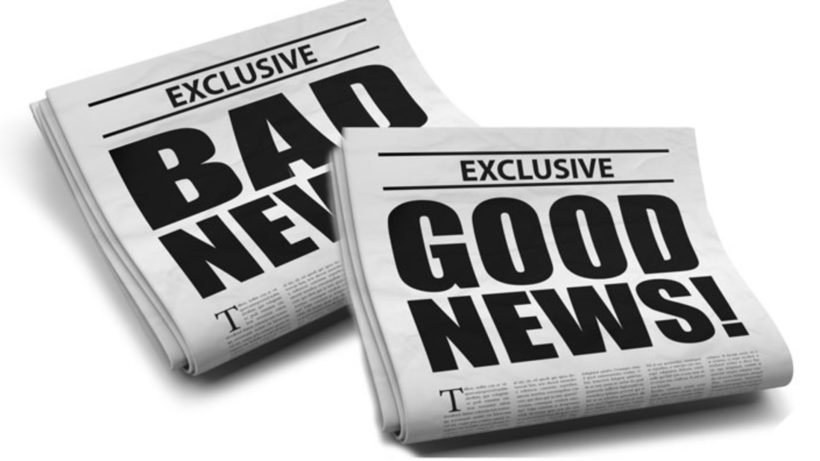 A melting glacier in Greenland (the Jakobshavn glacier) has reversed course, adding ice mass and shocking scientists. But since it’s supposed to be part of global warming, it’s bad news even when the glacier added ice.

When it was losing ice, the media warned the area including Greenland’s Jakobshavn glacier was the “canary in the coal mine,” it’s melting would be “felt globally,” it was “powerful evidence” of climate change, and could signal a “troubling time” for the planet’s future.

In a surprise turnaround, on March 25 the Associated Press reported:

“The Jakobshavn glacier around 2012 was retreating about 1.8 miles and thinning nearly 130 feet annually. But it started growing again at about the same rate in the past two years.”

“While this is ‘good news’ on a temporary basis, this is bad news on the long term because it tells scientists that ocean temperature is a bigger player in glacier retreats and advances than previously thought, said NASA climate scientist Josh Willis, a study co-author.”

The headlines were designed to prevent any skepticism from taking root.

What they clearly didn’t want people thinking is “Could climate science be less accurate or less certain than the media make it sound?”

Coverage Then and Now

In 2007, Greenland — “in particular” the area of Jakobshavn glacier — was once called the “canary in the coal mine in terms of what’s going to happen for the rest of the planet” by NBC’s Today show anchor Matt Lauer. He was interviewing ice and climate scientist Jason Box.

Back then, Box told NBC:

“Greenland is so massive, it has the potential — well, it is raising sea level around the planet. So while this might be a remote location, the effects are going to be felt globally.”

“What we expect is that Greenland and other glaciers around the planet are going to continue to melt in the next century, raising sea levels between one and four feet by the end of this century.”

In 2019, when the glacier turned out to be advancing and adding ice mass Box told AP:

“That was kind of a surprise. We kind of got used to a runaway system … The good news is that it’s a reminder that it’s not necessarily going that fast. But it is going.”

Because Jakobshavn was the “fastest-shrinking” glacier, its melting speed was decried by broadcast networks and major papers including The Washington Post, The New York Times and Los Angeles Times for years. It was a harbinger of climate catastrophe, according to the news media. Massive calving of the glacier caused the New York Times to panic “If the ice sheets on Greenland and Antarctica were to collapse and melt entirely, the result would be a sea level rise of 200 feet or so.” The Washington Post wrote about it much more than the others. In February 2019, Post climate reporter Chris Mooney wrote a blog with the ominous headline: “Today’s Earth looks a lot like it did 115,000 years ago. All we’re missing is massive sea level rise.” The thrust of the story was that glacial collapse, in Antarctica (and Greenland) could drive sea levels higher.

He cited the glacial losses at Jakobshavn in Greenland as a problem “too much to be sustained,” and one that would worsen if Antarctic glaciers behaved the same way.

Mooney is one of the most prolific alarmists at the Washington Post (He even wrote a book: “The Republican War on Science”) so it wasn’t surprising to see his warnings about Jakobshavn dated back to at least 2015. In November 2017, he wrote “These are the melting glaciers that might someday drown your city.” Jakobshavn was listed as one of the “three most threatening.”

In 2015, another Post reporter turned to experts warning, “The fact that so many glaciers are retreating in near lock step is powerful evidence not only for the existence of climate change, but also for the underlying cause.”

Those warnings and claims about continuing ice loss go back decades.

NBC’s Lauer warned in November 2007, “These are icebergs that have broken off the nearby Jakobshavn glacier, and although they’re beautiful, they may signal a troubling time ahead not only for the people of Greenland, but for people all around the planet.”

“Change is coming rapidly. Here in Greenland, the ice is melting twice as fast as scientists predicted it would just 10 years ago,” Lauer added.

1. A major glacier in Greenland (the Jakobshavn glacier) that was once one of the fastest shrinking on Earth is now growing again. Julia Seymour asserts: “What [the media] clearly didn’t want people thinking is ‘Could climate science be less accurate or less certain than the media make it sound?'” What type of bias does she imply by this question?

2. The Jakobshavn glacier in Greenland has been growing again (after it has been known as the fastest shrinking glacier). Do you think media reports are accurate in portraying this surprising news–not as good news–but as bad news?