Refusing to Use the ‘S’ Word

Posted on January 13, 2016 in Wednesday's Example of Media Bias 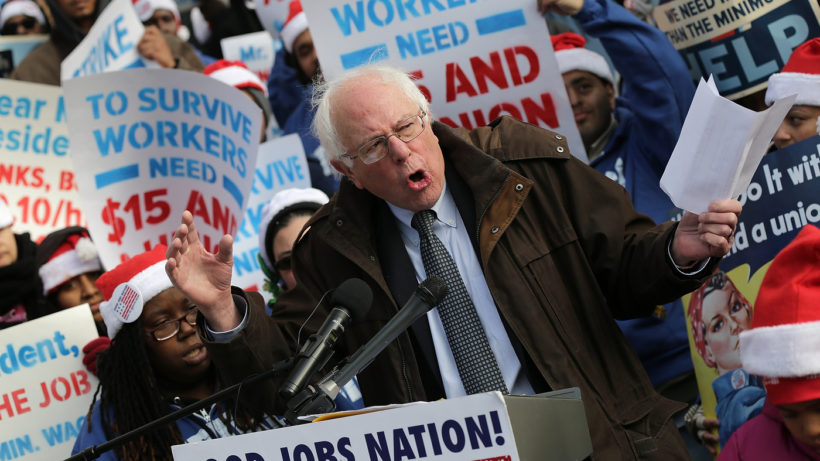 Media Help Socialism By Refusing to Use the ‘S’ Word

Forget the Cold War, socialism is in vogue once again with the help of the liberal media. Rather than expose the ideology of socialism that for so many years reminded people of gulags, bread lines and the death of millions, the media helped normalize socialism.

In 2015, journalists spun or ignored “socialism”  in coverage of Venezuela and the socialist running for president:  Venezuela’s former president, the late Hugo Chavez, intentionally took his country “toward socialism” and said “nothing and no one can prevent it.” His successor, Nicolás Maduro took over in 2013 committing to pursue “21st century socialism.” The results were economic disaster, yet the three broadcast news networks failed to refer to Maduro or the Venezuelan government as socialist or autocratic more than 87 percent of stories.

The number was almost the same for the networks’ failure to identify presidential candidate Sen. Bernie Sanders. Eighty-two percent of ABC, CBS and NBC of morning and evening news show reports refused to label him as a socialist, even though that is what he calls himself. The networks continued their collective near-silence about Sanders’ extreme views throughout much of the 2015 campaign.

It wasn’t just the networks warming up to socialism. The New York Times Science section actually claimed on Twitter that the “embargo and socialism helped protect Cuba’s environment,” on July 1. (from a Dec. 2015 analysis by Julia A. Seymour at Business and Media Institute)

What types of bias is the excerpt an example of?

The excerpt is an example of bias by omission, spin and labeling.