Posted on September 6, 2017 in Wednesday's Example of Media Bias 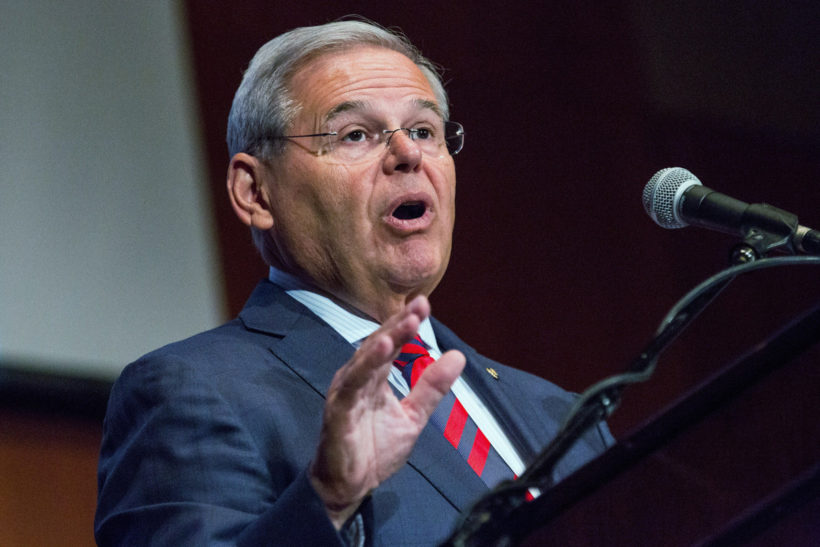 In the first federal bribery case involving a sitting senator in 36 years, the trial for US Sen. Robert Menendez (D-NJ) starts this week in Newark federal court.

In a New York Times article nearly 1,300 words long about the trial, writer Nick Corasaniti did not once mention that Senator Menendez is a Democrat.

Corasaniti replied to one tweet Monday evening and noted Republican complaints about the omission, saying it was an “oversight.” The story now states in the fourth paragraph that Menendez is a Democrat, but does not note that the article was updated to include this identification.

The reporter referred to Menendez 29 times in the story, without once ever mentioning that the senator is a Democrat.

Only after a barrage of online criticism did the NYT note that Menendez is a Democrat, adding in the identifier in the fourth paragraph.

Responding to Evan Smith, editor of the Texas Tribune, the author of the story, Nick Corasanti, said the omission in the original story was “just an oversight on my part after drafts.” It appears the NYT was able to fix the error before Tuesday’s paper went out. By Tuesday morning, however, neither the NYT’s online nor its print coverage noted that the story had been changed to include Menendez’s political affiliation.

1. What type of media bias does the excerpt illustrate?

What do you think?
a) Is including the party affiliation of a U.S. Senator (or U.S. Representative, Governor or mayor) basic journalism?  Explain your answer.
b) Do the twitter users above have a point, or do you think omitting Senator Menendez’s Democratic affiliation was just an oversight on the part of the reporter and editor?  Explain your answer.
c) Should the Times have noted that the article had been updated to include Senator Menendez’s political affiliation?

1. Bias by omission. – and, if you believe the omission to be intentional, then bias by spin also.