Posted on February 19, 2020 in Wednesday's Example of Media Bias

The National Oceanic and Atmospheric Administration (NOAA) warned that if currently-mild weather conditions persist in the United States through February, it could be the warmest winter in recorded history.

Multiple media outlets pointed to climate change, but NBC News found that some experts disagreed with the media’s assertions about climate change.

–and acknowledged a jet stream caused much of the warm weather and not climate change.

It debunked the climate change narrative from the start and pointed out that “it may seem like another symptom of global warming, the warmer-than-usual conditions are more directly caused by an Arctic weather pattern that is trapping cold air in the polar region.”

NBC News asserted that “climate change is not necessarily to blame” because warm weather is not directly caused by climate change. It blamed Arctic Oscillation, which “is currently trapping frigid air in the polar region and preventing it from flowing south.”

Due to the oscillation’s waves, polar air brings rain and colder temperatures to the south or could bring hotter weather further north than usual. 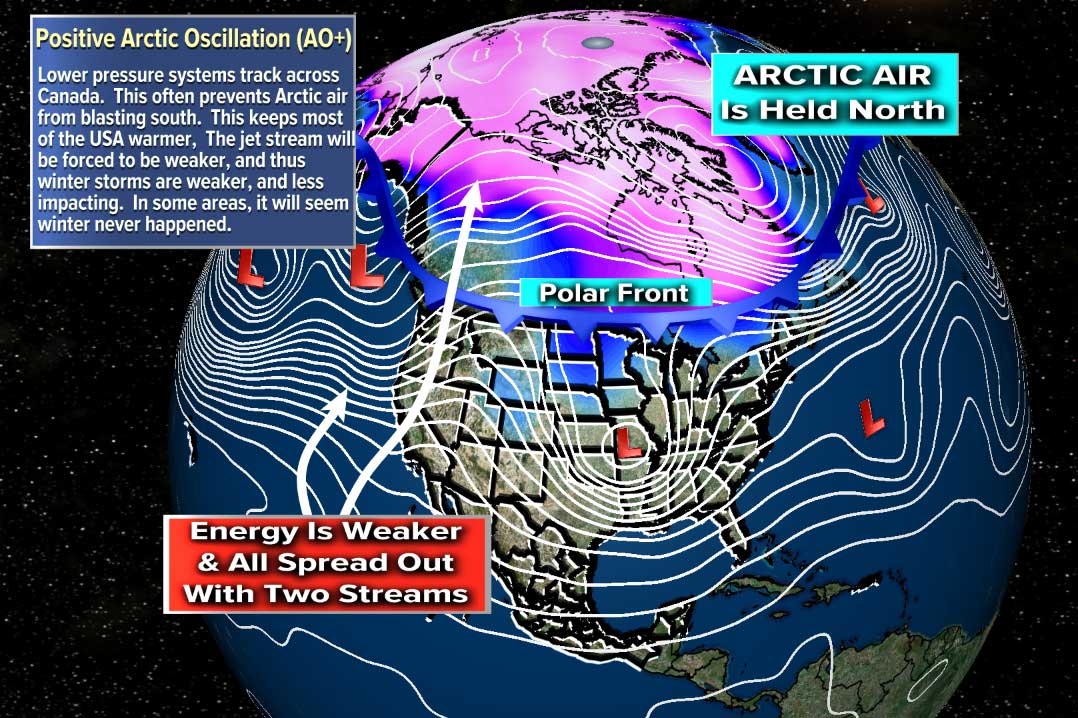 Scientists told NBC News that it is unpredictable, but it “can have a profound impact on weather systems around the world.”

There are concerns whether the Arctic Oscillation will continue to affect the world’s weather in the future and become an annual weather system, but that is purely speculation at this point.

The media is emphasizing climate change during this 2020 presidential campaign cycle, but it was incorrect for asserting that this warm winter season was directly caused by climate change.

Instead of pivoting back to climate change talking points, other media outlets should have done their due diligence [like NBC] in researching the Arctic Oscillation.

(from a post at Accuracy in Media AIM .org by Spencer Irvine, Feb. 14)

1. What type of bias does Spencer Irvine point out in his post?

2. Why do you think other news outlets did not investigate Actic Oscillation when reporting on this year’s warm winter?

1. Mr. Irvine points out bias by selection of sources and omission.