Media: “No evidence” of wrongdoing

Posted on October 28, 2020 in Wednesday's Example of Media Bias 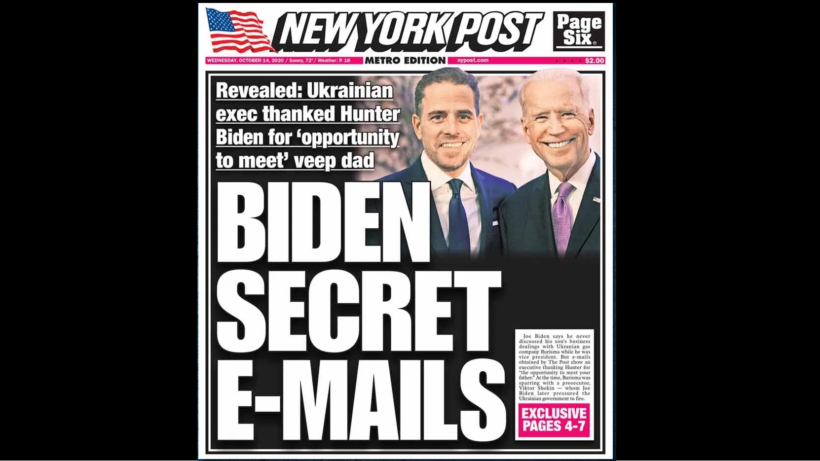 On Oct. 14, the New York Post published a story on corruption:

Read the beginning of the New York Post article:

Hunter Biden introduced his father, then-Vice President Joe Biden, to a top executive at Ukrainian energy [company, Burisma] less than a year before the elder Biden pressured government officials in Ukraine into firing a prosecutor who was investigating the company, according to emails obtained by The Post.

The never-before-revealed meeting is mentioned in a message of appreciation that Vadym Pozharskyi, an adviser to the board of Burisma, allegedly sent Hunter Biden on April 17, 2015, about a year after Hunter joined the Burisma board at a reported salary of up to $50,000 a month.

“Dear Hunter, thank you for inviting me to DC and giving an opportunity to meet your father and spent [sic] some time together. It’s realty [sic] an honor and pleasure,” the email reads.

An earlier email from May 2014 also shows Pozharskyi, reportedly Burisma’s No. 3 exec, asking Hunter for “advice on how you could use your influence” on the company’s behalf.

The blockbuster correspondence — which flies in the face of Joe Biden’s claim that he’s “never spoken to my son about his overseas business dealings” — is contained in a massive trove of data recovered from a laptop computer.

ABC, CBS, and NBC gave the stories on corruption less than 15 minutes of coverage between the three networks out of 51 hours of news programming in the days after the news broke.

When the Big Three networks finally did give the Biden scandals more attention, the coverage characterized the New York Post’s reporting as Russian disinformation.

“Just weeks before the election, the tech giants unite to block access to incriminating reporting about their preferred candidate.”

“US media outlets outside of right-wing sites were desperate not to report the Hunter emails and to block their reporters from doing so. So they just started printing that it was ‘Russian disinformation,’ knowing there was no basis for that, until they could figure out what to do.”

Watch a video montage below:

In further news, major news outlets, including CNN, MSNBC, The New York Times, and The Washington Post have not reported on the allegations being made by Tony Bobulinski about the Biden family.

Bobulinski, a former business associate of Hunter Biden’s, told Fox News’ Tucker Carlson on Tuesday that he had concerns about former Vice President Joe Biden allegedly being connected to his son’s business dealings. None of the aforementioned news outlets reported on Bobulinski’s claims within 12 hours of his appearance. 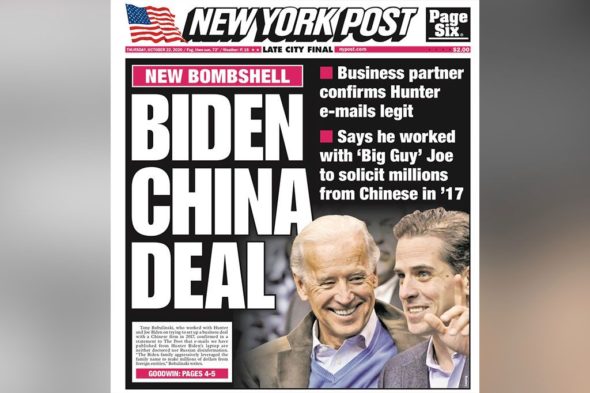 “The easiest way to determine whether ignoring or minimizing the Bobulinski interview and documents reflects media bias is to imagine if something similar happened to [President] Donald Trump. If Bobulinski were blowing the whistle on Trump influence peddling, all the networks and newspapers would be carrying the story nonstop through election day.”

1. What type of bias do social media and the networks display?

2. What is your reaction to this report?