Posted on February 5, 2020 in Wednesday's Example of Media Bias 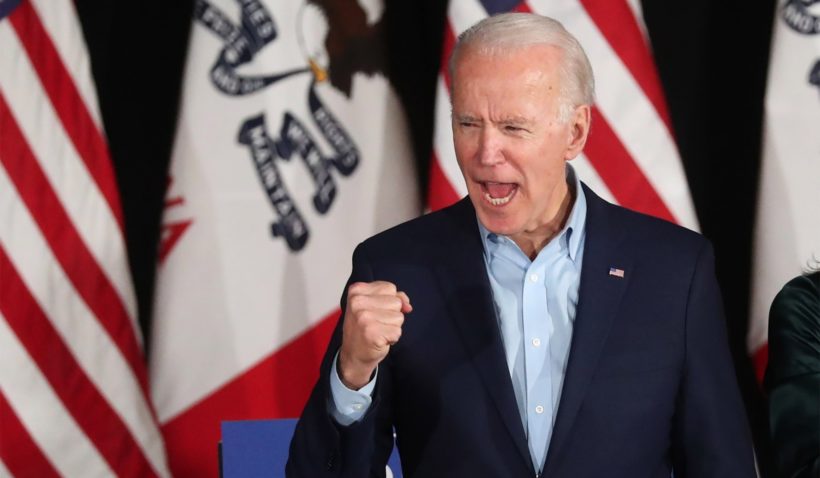 COUNCIL BLUFFS, Iowa — As of 6:30 a.m. CDT the day after the Iowa Caucuses, media outlets had results from 0% of Iowa precincts, and 90% of the media reaction to the caucuses was about the state Democratic Party’s failure to get and report results.

But we shouldn’t pretend the results are a total mystery. From data reported by campaigns and media outlets, three things are pretty clear: 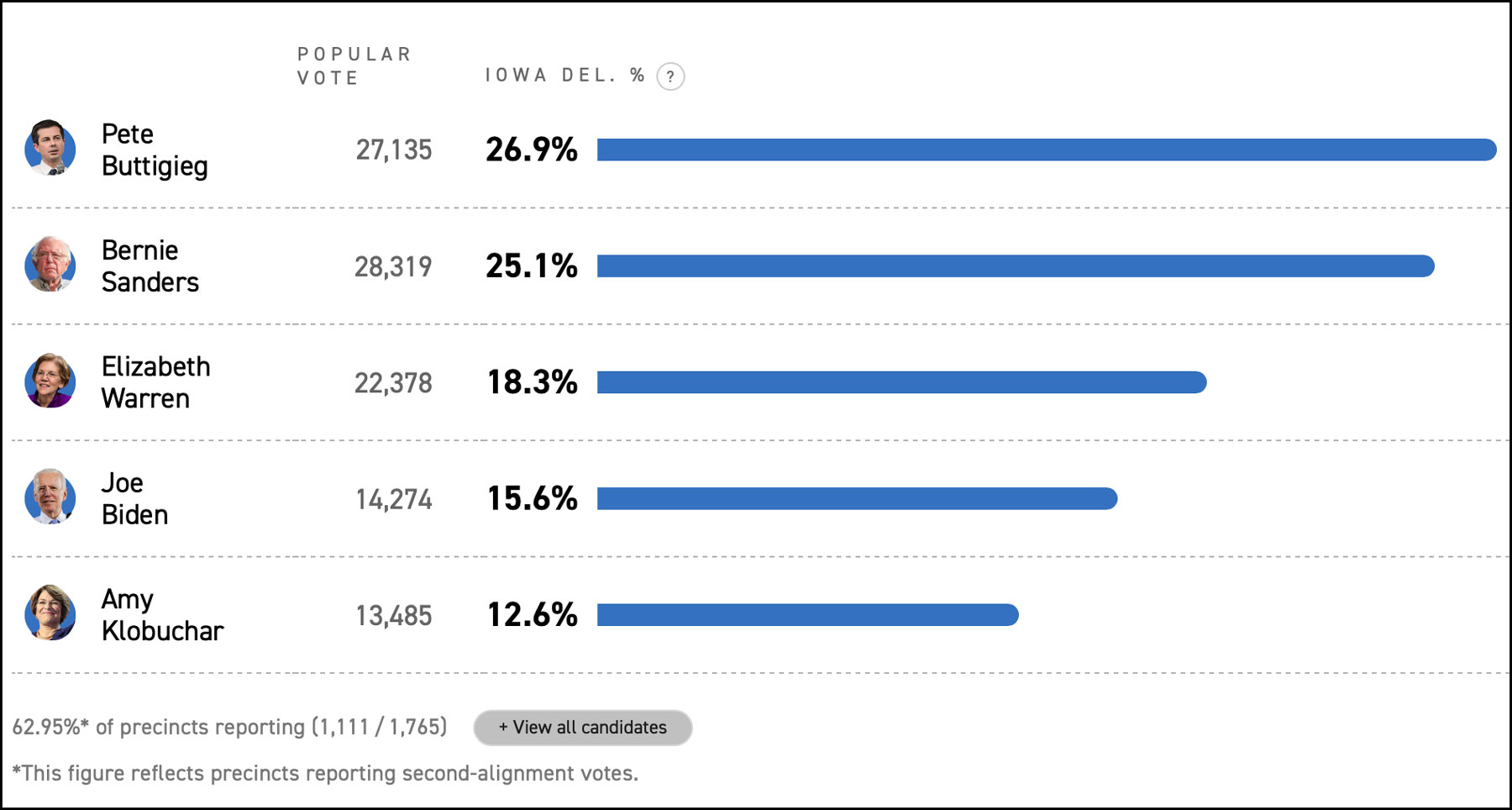 The large campaigns have precinct captains in nearly every precinct who call in results. The Sanders campaign released all the results it had, coming from about 40% of precincts, and it showed, by all three counts, Sanders winning with nearly 30%, Buttigieg in second, Elizabeth Warren in third, and Biden way back in fourth. The Warren campaign said its numbers showed Biden also in a distant fourth. The Biden campaign hasn’t reported any results.

The details are murky. There will be three different sets of numbers, and so, there could be two different “winners.” You can’t place too much stake in partial numbers from an interested party. Maybe Buttigieg will win by one or two measures. Probably Sanders will. Maybe Warren will be close, and maybe she’s in a distant third.

Regular people don’t care about technical failures of the Iowa Democratic Party. They want to know the results. And so, the headlines should be this: Biden collapses in Iowa.

1. Bias by story selection and spin.