Posted on February 8, 2017 in Wednesday's Example of Media Bias 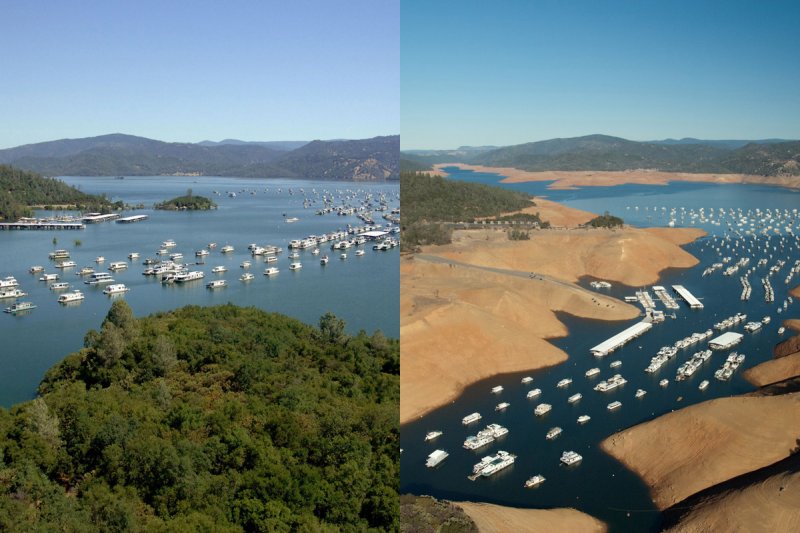 California’s “exceptional drought” isn’t exceptionally bad any more. Winter storms have been good for the state, pulling it out of the worst rating from the U.S. Drought Monitor.

CNN reported on Jan. 26 that the drought has rapidly and significantly improved, and may even be declared over in the near future – that for the first time in 36 months, no part of California was under “exceptional drought.” It also showed that only a small portion of the state still in “extreme drought,” but cautioned the drought is not “officially over” yet.

But with nearly twice the normal amount of snowpack for the time of year, there were reasons for optimism. However, this “huge improvement” barely registered with the broadcast networks that had blamed climate change for the crisis.

NBC’s Today was the only network news show to mention the change in California’s drought conditions between Jan. 24, and Jan. 31, even though the three networks and many other media outlets had covered the drought often in the past.

The broadcast networks – NBC, CBS and ABC – had claimed California’s three-year drought was unprecedented and “historic,” in spite of experts who refuted those claims.

When the drought was at its worst, major media outlets blamed it on climate change and “global warming,” and many warned it would just keep getting worse:

The broadcast evening news shows aired 53 stories about the California drought in early 2014 and more than 60 percent of them portrayed it as “historic” or record-breaking.

“The drought gripping California has been observed before. And it has occurred principally because of a lack of rain, not principally because of warmer temperatures. Indeed, it should be quite familiar to anyone who lived in California in the mid-1970s… We can also say with high confidence that no appreciable trend toward either wetter or drier conditions has been observed for statewide average precipitation since 1895. This drought is not part of a long-term drift toward reduced precipitation over the state.”

Later that year, a report by federal scientists explained that the three years of drought in California were due to “natural cycles” and “sea surface temperatures.”  Still, the broadcast network news ignored that report when it came out. That year, the networks had repeatedly called the drought “historic” and the “worst” on record and connected it to climate change.”

But the report stated:

“It’s important to note that California’s drought, while extreme, is not an uncommon occurrence for the state. In fact, multi-year droughts appear regularly in the state’s climate record, and it’s a safe bet that a similar event will happen again.”

The drought continued and so did network coverage of it. In 2015, the networks aired 188 stories or news briefs about the drought. …

The drought was also cited in network reports about extreme weather and “weather whiplash,” as the media hyped the supposed effects of manmade global warming.

(the excerpt above adapted from a Feb. 2 MRC Business post by Julia Seymour)

1. Over the past three years, hundreds of news stories have been aired/published about California’s “unprecedented” drought. Why do you think the fact that as the drought, which was reported as “the new norm,” is coming to an end, it’s not big news?

2. What type of bias is the excerpt an example of?

3. Why do you think this is not a national news story?