Posted on September 17, 2020 in Wednesday's Example of Media Bias 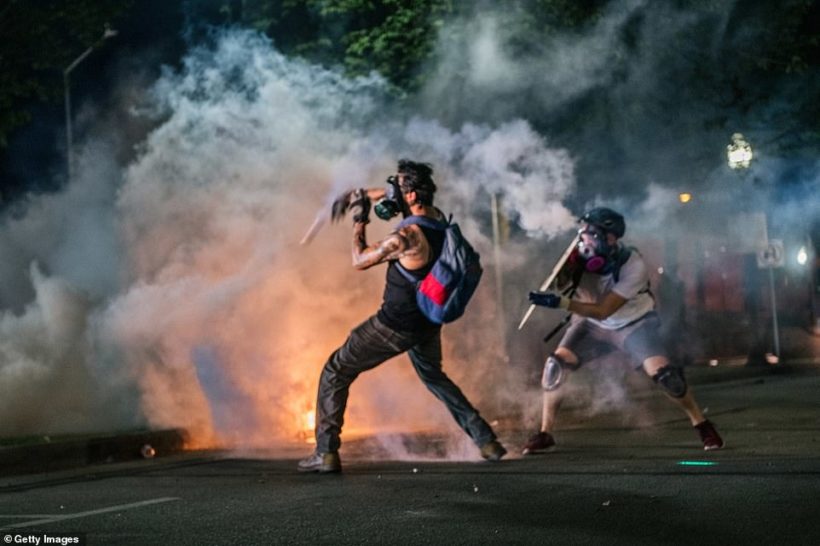 Rioters throw tear gas back at law enforcement on August 24. Hours into the curfew, the mostly peaceful demonstration turned violent. Commercial and government buildings were set ablaze, along with vehicles in car dealership lots, city garbage trucks and others.

On August 24, CNN deleted the word “violent” from its reporting of the Kenosha, Wisc., protests, pulling down an on-screen display with that description after several seconds and then reposting it with the word deleted.

Network anchor Wolf Blitzer was covering the situation with national correspondent Omar Jimenez, who was in Kenosha where the police shooting the day before of black resident Jacob Blake set off protests that led to massive destruction of property.

During the broadcast, the network displayed a caption on the bottom of the screen reading:

After about 15 seconds, the caption disappeared before being reposted about seven seconds later with the word “violent” deleted.

On August 27, as CNN’s national correspondent Omar Jimenez stood in front of one of many fires set by protesters that destroyed businesses – a family owned used car dealership and a family owned furniture store among others were destroyed – CNN described the widespread destruction in Kenosha as:

**The Kenosha News reported last week that City Supervisor Terry Rose cited an estimate from the Kenosha Area Business Alliance that the damage to buildings and businesses is an estimated $50 million – that protesters caused damage to 100 businesses and as many as 40 are “out of business for good.”

On August 10, U.S. Attorney General Bill Barr was interviewed by Fox News’ Mark Levin about how the media is portraying the protests in Portland, Oregon:

On Sept. 11, as he ended a three-day tour of Chicago, Phoenix and Cleveland, AG Barr told Townhall:

“The press has dropped, in my view – and I’m talking about the national mainstream media – has dropped any pretense of professional objectivity and are political actors, highly partisan who try to shape what they’re reporting to achieve a political purpose and support a political narrative that has nothing to do with the truth. They’re very mendacious about it,” he continued. “It’s very destructive to our Republic; it’s very destructive to the Democratic system to have that, especially being so monolithic. It’s contributing to a lot of the intensity and partisanship.” 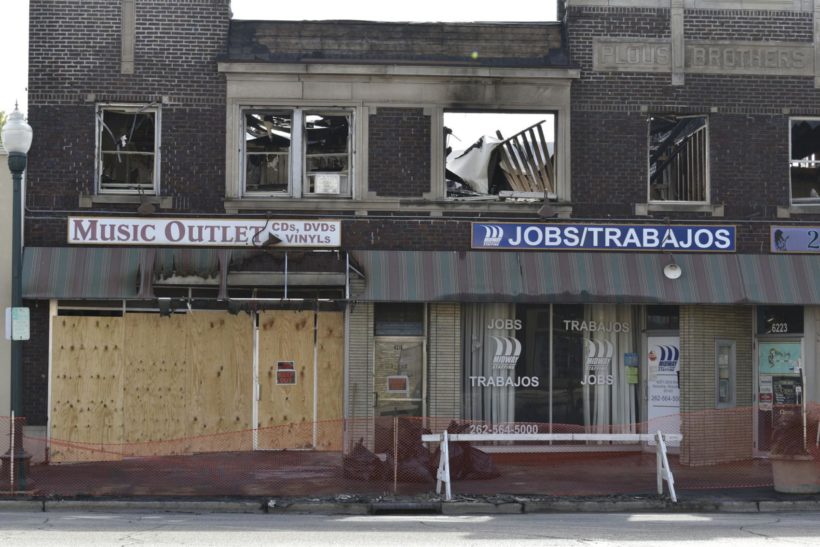 Kenosha, WI: The apartment above the Music Outlet is where Jackie Lopez and her 7-year-old daughter, Leilani Greene, moved into last month, but after Wednesday’s fire in Uptown Kenosha, the two are now without a home.
Kenosha News Photo by Dan Truttschel. 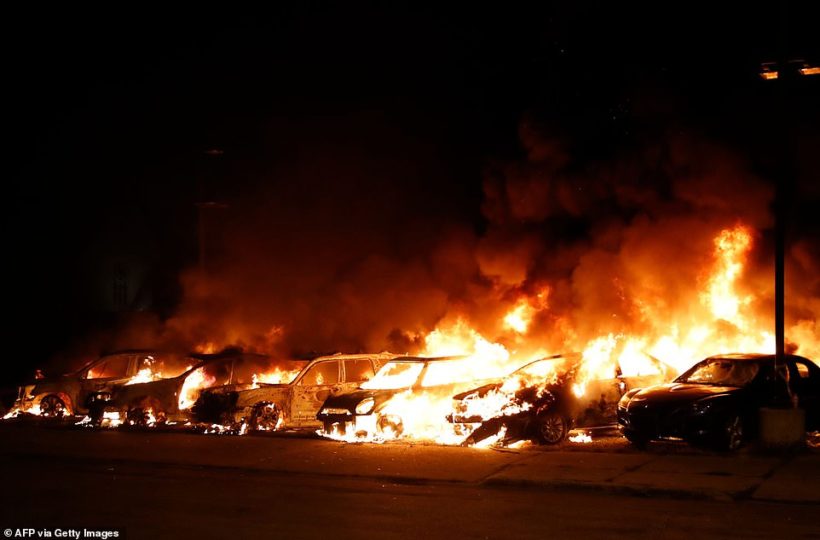 Flames roar from a row of cars torched by protesters a few blocks from the county courthouse in Kenosha, Wisconsin, on Aug. 24. Rioters destroyed the family-owned auto dealership, burning at least 50 cars in the lot.

2. Arson and property destruction are acts of violence.  Why do you think the national media has continued to describe ongoing property destruction during protests in Rochester, Washington, D.C., NY, Los Angeles, Kenosha, Milwaukee, Portland, Chicago, etc. as “mostly peaceful protests?”

3. If the national media really believes that the overall ongoing protests that have resulted in injuries to hundreds of police officers, several deaths and more than a billion dollars in damage are peaceful, the questions then should be:

1. This post illustrates bias by spin — CNN’s description of protesters as mostly peaceful, rather than violent.

2. and 3. are opinion questions. Answers vary. Discuss your answers with a parent.