Posted on May 6, 2015 in Wednesday's Example of Media Bias 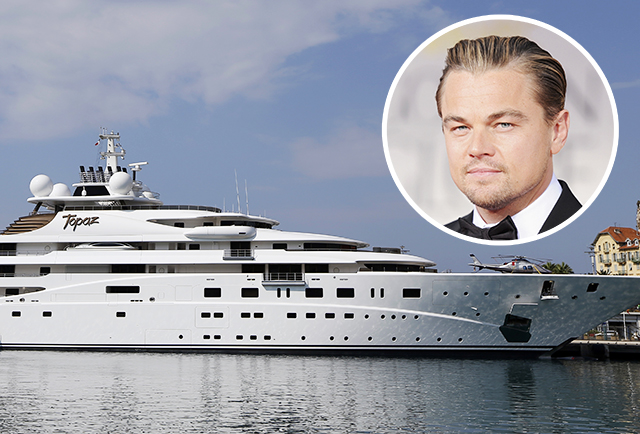 British designed and German made luxury motor yacht "Topaz" is docked on July 9, 2013 in Nice, French riviera. The 482 ft length vessel is the fourth largest yacht in the world. (Photo: VALERY HACHE/AFP/Getty Images)

The excerpt below is from a MediaResearchCenter report:

Journalists help promote Hollywood celebrities while condemning average Americans for causing climate change. The same media go out of their way to ignore or excuse the hypocrisy of celebrity “environmentalists” who fly their private jets around the world, rent mega-yachts and live in massive mansions.

Avatar Director James Cameron warned of a future “world that’s in shambles” because of climate change, and said he believes “in ecoterrorism” yet, he owns an impressive private collection of motorcycles, cars, dirt bikes, a yacht, a helicopter, a Humvee fire truck and a $32-million submarine. ABC and CBS even praised Cameron for his submarine purchase, with CBS’s Gayle King saying she loved his “passion and curiosity.”

Leonardo DiCaprio ironically stood in front of the UN warning that “if we do not act together, we will surely perish” – just three months after he had flown to Brazil on a private plane to borrow an oil billionaire’s 470-foot yacht. Yet, ABC News praised him for “not just talking the talk [of what he says is our need to reduce our use of fossil fuels].”

MRC Business has the following recommendations for journalists who are reporting on the environmental activism or philanthropy of celebrities.

2.  Why do you think the media does not point out the hypocrisy of environmentalist celebrities who do not practice what they preach?

1.  Yes, this is bias by spin, omission and story selection.