Are laws to allow abortion up to birth newsworthy?

Posted on February 6, 2019 in Wednesday's Example of Media Bias 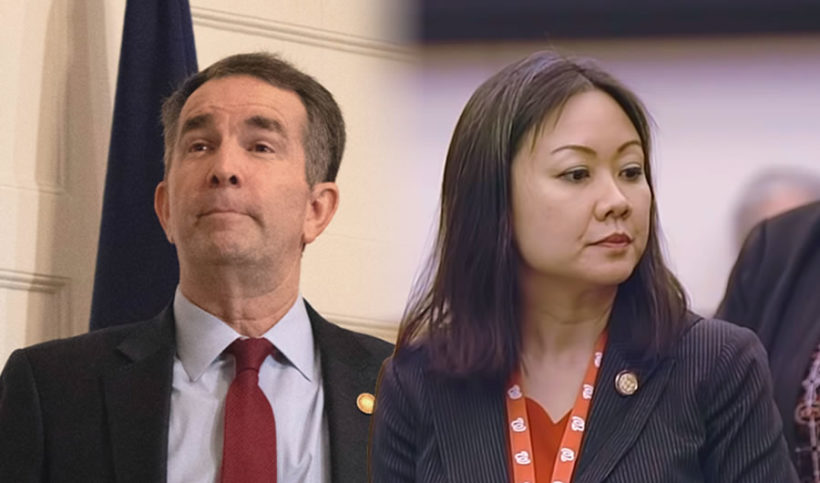 …Last week, Virginia state Delegate Kathy Tran, a Democrat from Fairfax County, introduced a bill that the lawmaker acknowledged would allow abortions to be performed as a woman is giving birth.

Democratic Virginia Gov. Ralph Northam, who is also a pediatric neurologist, followed this up with a defense of the bill when questioned on its extremist provisions. Northam calmly suggested that children with deformities or disabilities might justify termination at birth …:

…The media framed this not as Democrats [promoting a law that would] kill babies, but as Republicans attacking Democrats.

The Washington Post…didn’t even mention the Virginia legislation for hours after the state delegate’s comments were trending on twitter – finally ran with the headline: “Va. Gov. Northam faces fierce conservative backlash over abortion bill” — as if the conservative reaction was the story rather than the fact that Northam was promoting what seemed to be infanticide and eugenics.

And from a Jan. 30 post by Brian McNicoll at Accuracy in Media: “Media Silent on Democrats’ Abortion Bills”:

New York’s Democratic state legislature passed – and its Catholic Democrat governor, Andrew Cuomo on Jan. 22 signed – legislation that allows abortion up to the moment of birth for any reason and does not require a physician to certify that reason.

Video of the Democratic legislature cheering passage of the bill and of the governor ordering the One World Trade Center in New York City lit up in pink to celebrate passage of the most aggressively pro-abortion legislation in the United States shocked the consciousness of many of the 87 percent of Americans who oppose third-trimester abortions. The clip below is from the NY legislature upon the abortion bill’s signing:

The New York Times did not even write a story about the bill but included details in a piece entitled “Dream Act is Approved in N.Y. to Aid Undocumented Students, In Rebuke to Trump,” by Christina Goldbaum.

On the story’s 14th paragraph, Goldbaum finally writes: “On Tuesday, Mr. Cuomo signed the Reproductive Health Act, to expand rights to abortion. New York’s abortion laws had not been updated since 1970, three years before Roe v. Wade. The measures moves abortion regulations from the state penal code to the health code, recognizing abortion as a public health issue rather than a crime form which the state had carved out exclusions.”

The next paragraph returned to coverage of the immigration bill mentioned in the headline. …

The plan seems to be to pass these bills without bringing much attention to them – a victory for the Democrats without the scrutiny of a public that does not favor late-term abortions.

Gallup polls on Americans’ views on abortions show that 81% think abortion should be illegal during the last three months of pregnancy: Chart from Gallup polls. Only 13% of Americans think abortion should be legal in the last three months of pregnancy.

Note to students: Abortion is a controversial topic. When discussing, be polite to one another. Life is not always easy. Be kind to each other.  The issue here is the media’s responsibility in reporting facts accurately.

1. Multiple stories were written about Virginia Gov. Ralph Northam’s racist yearbook photos depicting him (or someone else as he now claims) in a KKK robe and another in blackface. What type of bias does the media display by reporting extensively on Gov. Northam’s racist photos but barely reporting on his defense of aborting babies just before or after birth?

2. The media’s job is the inform the public. What responsibility does the media have to report on the details of New York’s new historic law? Explain your answer.

3. Write 2-3 headlines you think you should see.

4.  Jeanne Mancini write in: “The New Abortion Radicalism” at realclearpolitics.com:

The push for these [abortion] bills across the country isn’t a coincidence — it’s the result of a coordinated effort by radical organizations. Last year, Planned Parenthood announced what it called its Care for All initiative, a strategy intended to protect abortion rights in the event that the Supreme Court eventually overturns Roe v. Wade. “With the confirmation of Justice Brett Kavanaugh, we are kicking our plan into high gear,” it announced. “This multi-million dollar, nationwide effort will be working to ensure that abortion is still accessible in the United States, no matter what happens at the Supreme Court.” Planned Parenthood receives more than half a billion dollars annually from taxpayers, by the way. It is no wonder that it has a budget for such initiatives.

Part of the plan involved working directly with state legislatures, “kick[ing] off the 2019 legislative session by doubling down on this work. We will be working with more than half of the states in the country to push policies to protect, expand, and enhance access to safe, legal abortion.”

In addition to New York, similar abortion laws are being pushed in New Mexico, Massachusetts, Vermont and New Hampshire (and the Virginia bill that was shelved because Republicans hold the majority). Why is this newsworthy? Explain your answer.

1. Multiple stories were written about Virginia Gov. Ralph Northam’s racist yearbook photos depicting him (or someone else as he now claims) in a KKK robe and another in blackface. What type of bias does the media display by reporting extensively on Gov. Northam’s racist photos but barely reporting on his defense of aborting babies just before or after birth?
Bias by story selection and omission.

2. The media’s job is the inform the public. What responsibility does the media have to report on the details of New York’s new historic law? Explain your answer.
Opinin question. Answers vary. The media should provide reports on newsworthy items that are not misleading. They should take this responsibility very seriously if they want the public to trust them and not view them as biased.

3. Write 2-3 headlines you think you should see.

Some possible headlines include:

4.  … In addition to New York, similar abortion laws are being pushed in New Mexico, Massachusetts, Vermont and New Hampshire (and the Virginia bill that was shelved). Why is this newsworthy? Explain your answer.
The public should be informed about what lawmakers are doing. These laws have a huge impact on our society and the type of country we want to be. If they are good laws, they should be well publicized.

Media: “No evidence” of wrongdoing