What do you know? 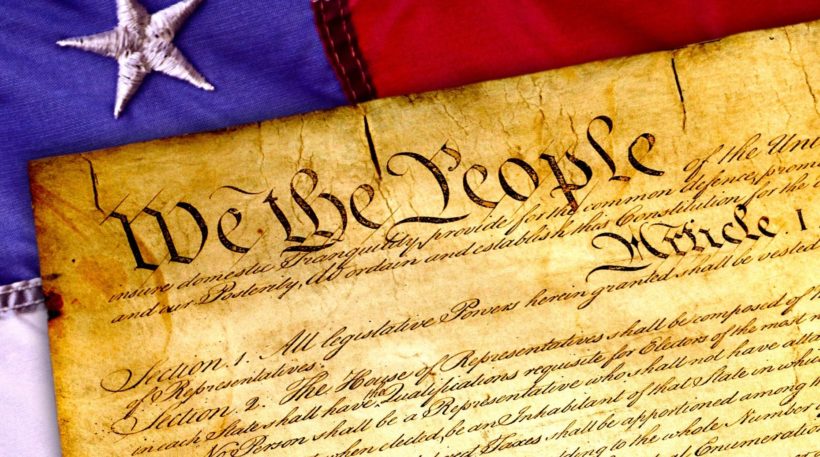 What do you know?
(by Pete Du Pont, OpinionJournal.com) – If you’re an American college student, probably not [a lot about civics].

“I know of no safe depository of the ultimate powers of the society but the people themselves; and if we think them not enlightened enough to exercise their control with a wholesome discretion, the remedy is not to take it from them, but to inform their discretion by education. This is the true corrective of abuses of constitutional power.”

So how is America’s modern education system doing in this regard? Are our citizens enlightened enough to exercise the powers of our democracy? Do our colleges and universities provide their students the American history and constitutional understanding needed to make them strong and responsible citizens?

A study released [in 2005] by the Intercollegiate Studies Institute–americancivicliteracy.org –demonstrates that the answers to both questions are no. The study concludes that:

“America’s colleges and universities fail to increase knowledge about America’s history and institutions.”

In a 60-question multiple-choice quiz ,”college seniors failed the civic literacy exam, with an average score of 53.2 percent, or F, on a traditional grading scale.” And at many schools, “seniors know less than freshmen about America’s history, government, foreign affairs, and economy.”

In the fall of 2005 ISI worked with the University of Connecticut’s Department of Public Policy to ask “more than 14,000 randomly selected college freshmen and seniors at 50 colleges and universities across the country”–an average of about 140 each of freshman and seniors on each campus–what they knew about America’s constitutional and governmental history and policies.

Some colleges did better than others, but few of them added very much to students’ knowledge of America’s history or government. College freshmen averaged 51.7%, and the seniors averaged 53.2%, so there was a slight gain in knowledge. But the average senior scored only 58.5% on American history questions, slightly above 51% on government and America-and-the-world questions, and 50.5% on market economy questions. By every college’s grading system those are failing grades.

Among college seniors, less than half–47.9%–correctly concluded that “We hold these truths to be self evident, that all men are created equal” was from the Declaration of Independence. More than half did not know that the Bill of Rights prohibits the governmental establishment of an official religion, and “55.4 percent could not recognize Yorktown as the battle that brought the American Revolution to an end” (more than one quarter believing that it was the Civil War battle of Gettysburg that had ended the Revolution).

The questions about more recent matters produced more accurate answers. More than 80% of students could identify Franklin D. Roosevelt’s programs as the New Deal, 79% knew that Brown v. Board of Education ordered an end to racial segregation, and 69% were aware that GDP was the best measure of output of our economy.

But the responses to the survey’s 60 questions reflect the students’ poor understanding of America’s history and our institutions.

As for the 50 colleges that participated in the program, the best-scoring students were not from the institutions one might expect. Rhodes College, Colorado State University and Calvin College were the top three, with senior students averaging between 9.5 and 11.6 percentage points higher than freshmen.

At the other end of the scale were 16 schools that showed “negative learning”–that is, seniors scored lower than freshmen. Cornell, UC Berkeley and Johns Hopkins were the worst three, their seniors scoring between 3.3 and 7.3 percentage points worse than their freshmen. And on the negative list were some other very prestigious universities: Williams, Georgetown, Yale, Duke and Brown.

Parental education and family discussions of current events contribute to better civic learning as well. The study found that “73 percent of seniors’ families at Grove City and Harvard [ranking 4th and 25th, respectively] discussed current events or history on a weekly or daily basis,” whereas only half did at low ranked Berkeley and Johns Hopkins.

So what should be done about our colleges’ failure to offer sound educational courses on America’s constitutional republic? Obviously they must improve the quantity and quality of their teaching, and the Intercollegiate Studies Institute recommends building “centers of academic excellence on college and university campuses for the teaching of America’s history and institutions.”

That would help people become, as Jefferson put it, “enlightened enough to exercise their control” over governmental matters. Many constitutional policy issues are before the Congress, from adding a line-item veto to the president’s powers (a proper constitutional question) to regulating how many dollars a candidate for federal office may spend in a campaign or guaranteeing everyone a right to a home (improper ones).

Such issues must be understood by our citizens, for as Thomas Paine said after the original constitution was ratified by the states, “Government is only the creature of a Constitution. The Constitution of a country is not the act of its Government, but of the people constituting a Government.”

Mr. du Pont, a former governor of Delaware, is chairman of the Dallas-based National Center for Policy Analysis.  (Disclosure: [Mr.Dupont is] a member of the ISI’s Civic Literacy Board, though [he] was not involved in preparing this survey.)

Published Sept. 27, 2006 at The Wall Street Journal’s OpinionJournal. First re-posted at StudentNewsDaily on October 5, 2006. Reprinted here May 18, 2017 for educational purposes only. Visit the website at wsj .com.

PLEASE NOTE:  Regular posting will end for the school year on Friday, May 26th.

1.  What surprised you the most about the results from the civics quiz that 14,000 college students took in 2005?

2.  What does ISI believe is responsible for the disappointing survey results?

3.  How do you think you would do on the survey?  Why?
(Click here for the quiz. Ask a parent to take the quiz as well. Compare your results.)

4.  Josiah Bunting, chairman of ISI’s National Civic Literacy Board said the following in response to the survey results:

“Today’s college students, who are America’s future leaders, must understand their nation’s history and founding principles if they are to be informed, engaged citizens prepared and motivated to improve the public life of their communities and their nation.”

Do you agree with Mr. Bunting?  Explain your answer.  Ask your parent who took the quiz respond to this question as well.

For additional Civics quizzes from ISI, go to: