The problem with socialism 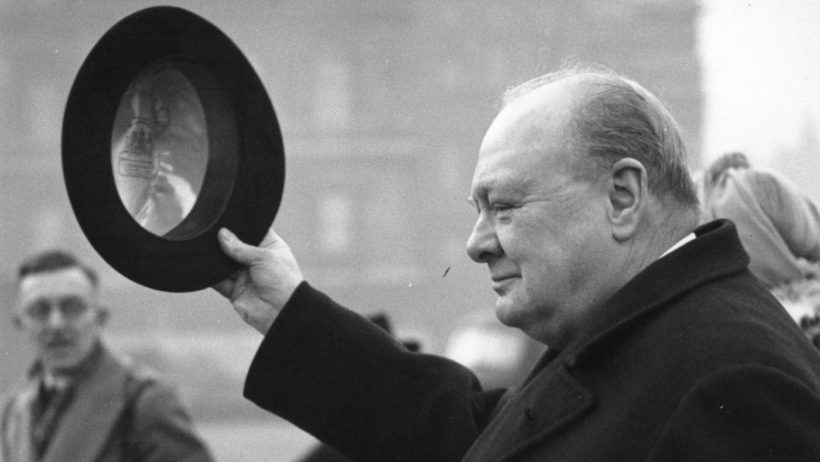 “Socialism is a philosophy of failure, the creed of ignorance, and the gospel of envy, its inherent virtue is the equal sharing of misery.”   – Sir Winston Churchill

“The problem with socialism is that you eventually run out of other peoples’ money.”  -British Prime Minister Margaret Thatcher

“Socialism only works in two places: Heaven where they don’t need it and hell where they already have it.” – President Ronald Reagan (by Allen West, Townhall) – I had my first introduction to the South American Country of Venezuela as a young Army Second Lieutenant at my Artillery officer basic course, class 2-84, in Ft. Sill Oklahoma. There I had as my artillery tactics instructor an exchange officer from the Venezuelan Army, Captain Gonzales. Now, I have to admit, having been born and raised in Georgia and educated at the University of Tennessee, I did struggle a tad at first with his heavy accent. After a week or so I had no problem and would come to admire this strapping professional officer who seemed to just know everything. He was an exceptional representative of a beautiful Nation. When we had down time, Captain Gonzales would share with us the true beauty of Venezuela. We would all ask ourselves, why didn’t the U.S. Army have a duty assignment in this nation of resource richness and extravagant landscapes?

I have recently found myself asking how is Captain Gonzales doing?

If you have been paying attention to the news you will see the ugly face of socialism in Captain Gonzales’ native land. It is as if the aforementioned quotes are being played out right before our eyes, but should we be surprised? Recall how so many entertainment elites flocked to Venezuela when the tyrant and socialist dictator Hugo Chavez came to power. Folks like Sean Penn, Oliver Stone, Harry Belafonte, and others celebrated and dreamed of this [what they consider], utopia. However, if these individuals had taken the time to read and study political philosophy they would have realized that socialism is rooted in five basic principles:

In my estimation, these are principles not to be admired but feared.

Hugo Chavez promised to take from a certain class, let’s call them producers, and reallocate to the masses. The problem with that is as Margaret Thatcher expressed, and those producers did as suspected, they fled. I lived in South Florida for a little over a decade after retiring from the Army in the City of Plantation. Not far away was another suburban city in Broward County called Weston. In the city of Weston, you will see the American flag and another flag very prominently flying…it is the Venezuelan flag. There are those who affectionately call Weston Florida, “Westenzuela”. It is there that the great economic producers and those who did not share the vision of socialist hell fled….

Venezuela is without a doubt one of the richest nations in the world because it is blessed with infinite oil resources. Yet, when Mr. Chavez came to power he nationalized those mean, horrible private oil companies. Now, those companies and resources have been poorly managed [by the socialist government of Venezuela], and Venezuela is suffering what is possibly the highest rate of inflation in the world. Therefore, the promise of giving everyone the profits from a nationalized oil industry has failed, miserably. To see and read the reports of that Country which made Captain Gonzales so very proud now having citizens…eating from garbage cans, and stores not having basic necessities stocked is appalling.

But, where are the American entertainment elites and advocates of socialism now? Yes, crickets.

Hugo Chavez, and now President Nicolas Maduro (funny thing, Maduro used to be a bus driver) championed the principle of social egalitarianism. You know, everyone is equal so everyone should have an equal footing, meaning status. That reminds me of a simple quote, “a free people are not equal and an equal people are not free”. Socialism does not understand the idea of equality of opportunity, it advances…the equality of outcomes. Additionally, the outcomes are then determined by people like a Chavez, Maduro, Bernie Sanders, Barack Obama, or Elizabeth Warren. Venezuelan President Nicholas Maduro was a bus driver, and just imagine, Bernie Sanders did not truly earn a paycheck until he was almost into his 40s. That fella has done very well in government positions, having a beautiful lake home in Vermont, has he not? Socialism is ripe with hypocrisy as well.

Churchill had it right in that…socialism is a “gospel of envy.” It creates a fever pitch atmosphere of hatred to a defined group, the 1 percenters. Then should we not all strive to be champions, the best, exceptional? No, the ugly face of socialism wants to keep us ignorant in order to foster that equal sharing of misery…the result of the equality of outcomes.

And what happens if the people eventually see the ugly face of socialism and reject it? Well first, it is necessary to disarm the people in order to have complete control over them. … In Venezuela today, Maduro is arming his own supporters, creating a militia, to gun down the unarmed protesters against his rule and consolidation of power. And where are the voices of the American entertainment elite, or Bernie Sanders? Perhaps there is a reason why the progressive socialist left in America is so adamant about gun control.

There is nothing trendy, cool, or desirable about socialism. And those who advocate it are [dishonest]. The ugly face of socialism has destroyed the beauty of Venezuela, turning what could be termed a little piece of heaven on earth into hell.

Let us commit that…America shall not fall to the ugliness of socialism. For if that happens, where do we go?

Originally published April 20, 2017.  Reprinted here on April 27, for educational purposes only. May not be reproduced on other websites without permission from Townhall.

2. What is the main idea of Mr. West’s commentary?

3. Ask a parent: do you agree with the assertions about socialism made by Mr. West in his commentary? Please explain your answer.

Watch an April 20, 2017 ABC News report included in “GM latest US company to have assets seized in Venezuela“:

Watch an excerpt from British Prime Minister Margaret Thatcher’s last House of Commons Speech on November 22, 1990, in which she refutes socialist policies: