The only way to keep the Internet free

Posted on October 6, 2016 in Thursday's Editorial 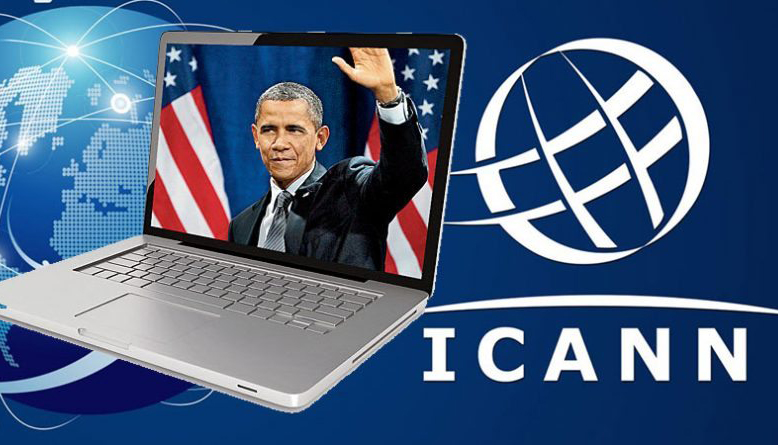 (Betsy McCaughey, The New York Post) – In yet another blow to US global leadership, the Obama administration is abdicating control of the Internet.

Countries that loathe freedom will gain more influence over what you’re able to see on the Web. Wake up, America: You’ve had unlimited access to information, but you could lose it.

The United States started the Internet and served as its guardian for many years, assuring that virtually any person or group, no matter how controversial, could add a Web site to the worldwide network.

But on Oct. 1, the Obama administration surrendered US oversight to a multinational organization, ICANN — the Internet Corporation for Assigned Names and Numbers.

ICANN will have sole power to grant Web addresses — or deny them, essentially banning sites from the Internet. If a site doesn’t have an address from ICANN, you won’t be able to find it.

Where do the presidential candidates stand on this? Donald Trump is warning that Obama’s policy threatens our freedom of expression and our national security. Hillary Clinton is falling in line with President Obama, just as she did with the Iran deal.

And the media are silent, distracting viewers with topics like green frogs, Skittles, birthers and beauty queens.

ICANN answers to a council that includes over 160 countries. The United States, no longer the referee, has only one vote. Just like China, which blocks tens of thousands of Web sites inimical to Communist Party dogma within its borders. And just like Iran, which censors political messages and photos of women not wearing mandatory Islamic dress.

The danger is that repressive regimes will outnumber free nations and impose censorship everywhere.

“Imagine an Internet run like many Middle Eastern countries that punish what they deem to be blasphemy,” warns Sen. Ted Cruz (R-Texas). It could become impossible to get a Web address that advocates for gay or women’s rights, displays sexy lingerie or criticizes Shariah law …

Under the new arrangement, the United States loses power. No surprise, there. That’s Obama’s legacy: globalization and a reduction in US influence.

Opponents of the Obama giveaway are going to court to reverse the move. Last Friday, four states — Texas, Arizona, Oklahoma and Nevada — failed to get a federal court judge to delay the transfer. But expect more litigation ahead. Challenges will question the constitutionality of Obama handing over US government property without getting Congress’ consent.

The Internet was created by the United States a half century ago as a Defense Department project. Within 20 years, its influence spread worldwide, and President Bill Clinton established and funded ICANN to administer the technical side — allocating Web addresses, keeping a “yellow pages” of them and ensuring smooth, unhampered access to Web sites. ICANN reported to the Department of Commerce.

Obama believes keeping US control of the Internet would “embolden authoritarian regimes.” It’s a repeat of his foolish argument that calling out Islamic terrorists will incite them to perpetrate more attacks.

In 2014, when Obama announced the deadline for the 2016 handover, Bill Clinton opposed it: “I just know that a lot of these so-called multi stakeholders are really governments that want to gag people and restrict access to the Internet.” Too bad Hillary doesn’t see that.

Disappointing yes, but not surprising coming from a former secretary of state who left her agency’s cybersecurity in shambles. Ceding control to ICANN will put all federal Web sites, even military and Homeland Security sites, under the thumb of this multinational organization — in that it has the power to rescind a .gov or .mil address. The only protection is a letter of agreement with ICANN that is not legally enforceable. Good luck with that.

Advocates for cybersecurity, strong national defense and First Amendment liberty all agree that ceding any control of the Internet to intolerant, anti-democratic nations is a dangerous leap into darkness.

Betsy McCaughey is a senior fellow at the London Center for Policy Research.

Published October 4, 2016 at The New York Post. Reprinted here on October 6 for educational purposes only.

1. The purpose of an editorial/commentary is to explain, persuade, warn, criticize, entertain, praise or answer. What do you think is the purpose of Betsy McCaughey’s editorial? Explain your answer.

2.  Consider the following facts from the commentary:

What is the main idea of this editorial?

(by Jim Blasingame, NASDAQ .com, September 9, 2016) – Allow me to tell you a story of innovation bordering on the miraculous, scientific stewardship driven by professionalism and shared values, and global leadership that qualifies as aga̍pē. And the possibility that all three could be headed for an intersection where the best intentions of good people could be in jeopardy.

Approximately 23 years ago you and I were given access to the Internet, an invention that a generation earlier would have been considered science fiction. Most experts define the headwaters of this seminal invention to be the digital protocol work of Bob Kahn and Vint Cert, both researchers for a division of the U. S. government. Subsequent to its commercialization, these two and a few other geniuses created a number of digital innovations that enabled the Internet and established it as an unprecedented resource.

First question: How did the rest of the world get the Internet?

Since it was initially considered part of national defense, all of this mad scientist stuff was funded by the government’s National Science Foundation and its various contractors. As it became evident that the Internet had commercial applications, the U.S. began sharing with the world what we knew and what we had. Nothing was withheld, enabling the Internet to rise in every corner of the world.

Second question: Who operates the Internet?

Think of it like a private toll road system. The U.S. government allowed private investment to create interconnected computer networks into a “backbone” system that, for a “toll,” delivers our digital business around the world using the protocols created by Kahn and Cerf, and later applications like browsers. Similarly, more private investment built out the infrastructure to transfer digital info from the backbone to last-mile users, like you and me, at the speed of light.

Who runs the Internet is more complicated to explain, but it’s important because of that intersection thing mentioned earlier. In fact, the U.S. government allowed Kahn, Cerf and others to create governing bodies like the Internet Society, the Internet Engineering Task Force, the Internet Architectural Board, and the World Wide Web Consortium, as organizations overseeing governance, access and standards for the global proliferation of the Internet. The Internet Society, which is the incorporated parent of two of these organizations, has 80,000 stakeholders and 110 chapters in 140 countries. That’s a lot of shared governance with one goal – a free and open Internet, sans politics.

The reason I’m telling you about the origin and governance of the Internet, is because a very important, last piece of U.S. direct influence of an Internet possession is about to be lost. The 18-year contract between the U.S. government and the Internet Corporation for Assigned Names and Numbers (ICANN) expires on September 30, 2016. When you create a new website it actually has two addresses: 1) a name, like abcsupply.com, for humans to remember and manage; and 2) a number value, like 207.111.167.145, for the way computers work. If you type either the words or numbers assigned to your website into a browser, the same page will be delivered.

According to NetChoice .org Executive Director, Steve DelBianco, in 2014 the Obama administration instructed ICANN to create, and transfer itself to, a “global, multi-stakeholder community.” On my radio program recently, DelBianco reported that this new body has been created and will take over on October 1. As part of the transitioning team, he says the new ICANN will be not unlike the other bodies mentioned earlier who’ve been governing the Internet for decades. That’s the good news.

Last question: If the Internet had been the property of Russia, China, or even France, would access and control of such a powerful resource have been so freely shared?

I think not. Consequently, in spite of my confidence in DelBianco and his colleagues, I’ve been very outspoken in the past three years against this plan for ICANN. I’m concerned about the loss of the last thread of direct influence by the U.S. government. I’m worried about what will happen if when we reach that intersection in the future, global, multi-stakeholder organizations, who’ve governed so dispassionately – without ideology – for decades, somehow become influenced or overridden by bad actor states, or possibly worse, the United Nations. The UN has a long history of coveting control of the Internet.

The United States is the most benevolent broker on the planet and has never let geopolitics influence Internet access or governance. With so many experts projecting that cyber-attacks pose a more imminent threat to our sovereignty than nuclear weapons, I fear the best intentioned Internet governors and investors may ultimately be no match for someone named Putin, Jinping, Khamenei, Jong-un, or their proxies.

Write this on a rock … Pray the world doesn’t regret America’s divesting of this last vestige of U.S. Internet ownership and control.

Jim Blasingame is host of the nationally-syndicated radio show The Small Business Advocate and author of the award-winning book The Age of the Customer: Prepare for the Moment of Relevance.

Other countries have long sought input / control over the U.S. created internet: