Socialism For The Uninformed

Posted on January 16, 2020 in Thursday's Editorial 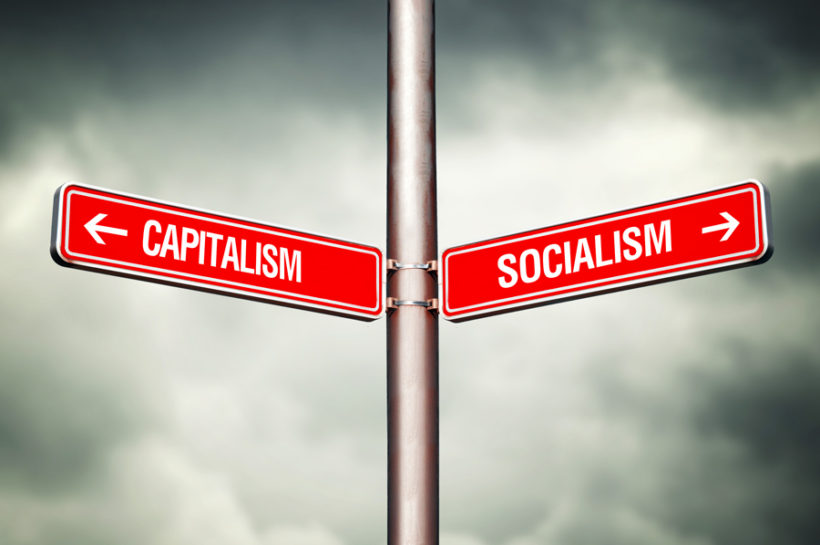 (by Thomas Sowell, Investor’s Business Daily) – Socialism sounds great. It has always sounded great. And it will probably always continue to sound great. It is only when you go beyond rhetoric, and start looking at hard facts, that socialism turns out to be a big disappointment, if not a disaster.

While throngs of young people are cheering loudly for avowed socialist Bernie Sanders, socialism has turned oil-rich Venezuela into a place where there are shortages of everything from toilet paper to beer, where electricity keeps shutting down, and where there are long lines of people hoping to get food and complaining that they cannot feed their families.

With national income going down, and prices going up under triple-digit inflation in Venezuela, these complaints are by no means frivolous. But it is doubtful if the young people cheering for Bernie Sanders have even heard of such things, whether in Venezuela or in other countries around the world that have turned their economies over to politicians and bureaucrats to run.

The anti-capitalist policies in Venezuela have worked so well that the number of companies in Venezuela is now a fraction of what it once was. That should certainly reduce capitalist “exploitation,” shouldn’t it?

But people who attribute income inequality to capitalists exploiting workers, as Karl Marx claimed, never seem to get around to testing that belief against facts — such as the fact that none of the Marxist regimes around the world has ever had as high a standard of living for working people as there is in many capitalist countries.

Facts are seldom allowed to contaminate the beautiful vision of the left. What matters to the true believers are the ringing slogans, endlessly repeated.

When Sen. Sanders cries “The system is rigged!” no one asks, “Just what specifically does that mean?” or “What facts do you have to back that up?”

In 2015, the 400 richest people in the world had net losses of $19 billion. If they had rigged the system, surely they could have rigged it better than that.

But the very idea of subjecting their pet notions to the test of hard facts will probably not even occur to those who are cheering for socialism….

How many of the people who are demanding an increase in the minimum wage have ever bothered to check what actually happens when higher minimum wages are imposed? More often they just assume what is assumed by like-minded peers — sometimes known as “everybody,” with their assumptions being what “everybody knows.”

The damage is even greater than these statistics might suggest. Most low-wage jobs are entry-level jobs that young people move up out of, after acquiring work experience and a track record that makes them eligible for better jobs. But you can’t move up the ladder if you don’t get on the ladder.

The great promise of socialism is something for nothing. It is one of the signs of today’s dumbed-down education that so many college students seem to think that the cost of their education should — and will — be paid by raising taxes on “the rich.”

Here again, just a little check of the facts would reveal that higher tax rates on upper-income earners do not automatically translate into more tax revenue coming in to the government. Often high tax rates have led to less revenue than lower tax rates.

In a globalized economy, high tax rates may just lead investors to invest in other countries with lower tax rates. That means that jobs created by those investments will be overseas.

None of this is rocket science. But you do have to stop and think — and that is what too many of our schools and colleges are failing to teach their students to do.

Posted at investors.com on May 31, 2016.  First posted at StudentNewsDaily on June 2, 2016. Reprinted here on Jan. 16, 2020 for educational purposes only. May not be reproduced on other websites without permission from Investor’s Business Daily.

2. a) Which of the following statements made by Thomas Sowell are new to you?
b) Ask a parent the same question.

3. Do you support Sen. Sanders for president? If so, how would you refute Dr. Sowell’s assertion:

“It is only when you go beyond rhetoric, and start looking at hard facts, that socialism turns out to be a big disappointment, if not a disaster.”

CHALLENGE: Socialists point out the inequality of wealth, or the wealth gap between the rich and the poor. Those who say capitalism is the best economic system point out that the standard of living in free market (capitalist) economies far surpasses that of people living in government-run (socialist) economies. It is important to know the facts that support each side of an issue before forming your own opinion. Pay attention to news reports: which side gets more coverage: those who support a socialist economy, or those who support a capitalist economy? Which side gets challenged and/or criticized by the media?