Reasons why the 2020 presidential election is deeply puzzling

Posted on December 3, 2020 in Thursday's Editorial 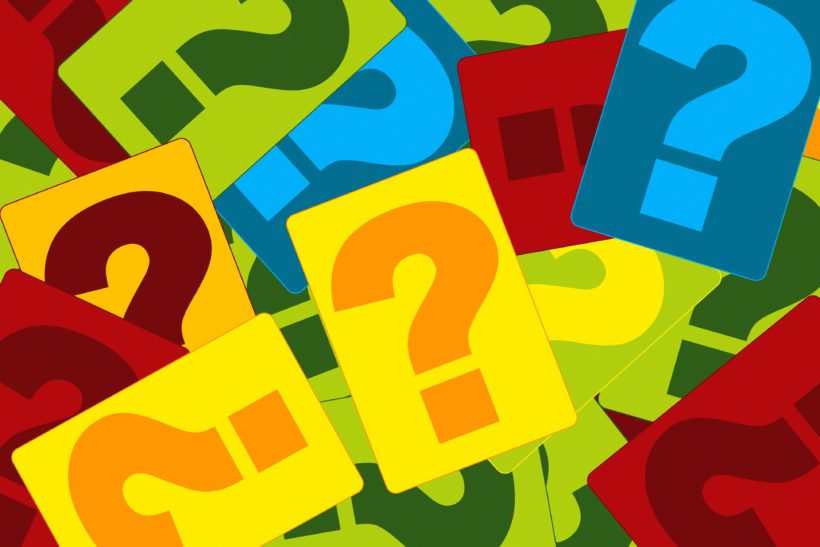 (by Patrick Basham, The Spectator) — To say out-loud that you find the results of the 2020 presidential election odd is to invite derision. You must be a crank* or a conspiracy theorist. Mark me down as a crank, then. I am a pollster and I find this election to be deeply puzzling. (*Crank: a person who holds an unshakable belief that most of their contemporaries consider to be false.)

I also think that the Trump campaign is still well within its rights to contest the tabulations. Something very strange happened in America’s democracy in the early hours of Wednesday November 4 and the days that followed. It’s reasonable for a lot of Americans to want to find out exactly what.

First, consider some facts. President Trump received more votes than any previous incumbent seeking reelection. He got 11 million more votes than in 2016, the third largest rise in support ever for an incumbent. By way of comparison, President Obama was comfortably reelected in 2012 with 3.5 million fewer votes than he received in 2008.

Trump’s vote increased so much because, according to exit polls, he performed far better with many key demographic groups. Ninety-five percent of Republicans voted for him. He did extraordinarily well with rural male working-class whites.

Bellwether states swung further in Trump’s direction than in 2016. Florida, Ohio and Iowa each defied America’s media polls with huge wins for Trump. Since 1852, only Richard Nixon has lost the Electoral College after winning this trio, and that 1960 defeat to John F. Kennedy is still the subject of great suspicion.

Midwestern states Michigan, Pennsylvania, and Wisconsin always swing in the same direction as Ohio and Iowa, their regional peers. Ohio likewise swings with Florida. Current tallies show that, outside of a few cities, the Rust Belt swung in Trump’s direction. Yet, Biden leads in Michigan, Pennsylvania, and Wisconsin because of an apparent avalanche of black votes in Detroit, Philadelphia, and Milwaukee. Biden’s ‘winning’ margin was derived almost entirely from such voters in these cities, as coincidentally his black vote spiked only in exactly the locations necessary to secure victory. He did not receive comparable levels of support among comparable demographic groups in comparable states, which is highly unusual for the presidential victor.

We are told that Biden won more votes nationally than any presidential candidate in history. But he won a record low of 17 percent of counties; he only won 524 counties, as opposed to the 873 counties Obama won in 2008. Yet, Biden somehow outdid Obama in total votes.

Victorious presidential candidates, especially challengers, usually have down-ballot coattails; Biden did not. The Republicans held the Senate and enjoyed a ‘red wave’ in the House, where they gained a large number of seats while winning all 27 toss-up contests. Trump’s party did not lose a single state legislature and actually made gains at the state level.

Another anomaly is found in the comparison between the polls and non-polling metrics. The latter include:

Despite poor recent performances, media and academic polls have an impressive 80 percent record predicting the winner during the modern era. But, when the polls err, non-polling metrics do not; the latter have a 100 percent record. Every non-polling metric forecast Trump’s reelection. For Trump to lose this election, the mainstream polls needed to be correct, which they were not. Furthermore, for Trump to lose, not only did one or more of these metrics have to be wrong for the first time ever, but every single one had to be wrong, and at the very same time; not an impossible outcome, but extremely unlikely nonetheless.

Atypical voting patterns (combined) with misses by polling and non-polling metrics should give observers pause for thought. Adding to the mystery is a cascade of information about the bizarre manner in which so many ballots were accumulated and counted.

1. Late on election night, with Trump comfortably ahead, many swing states stopped counting ballots. In most cases, observers were removed from the counting facilities. Counting generally continued without the observers

2. Statistically abnormal vote counts were the new normal when counting resumed. They were unusually large in size (hundreds of thousands) and had an unusually high (90 percent and above) Biden-to-Trump ratio

3. Late arriving ballots were counted. In Pennsylvania, 23,000 absentee ballots have impossible postal return dates and another 86,000 have such extraordinary return dates they raise serious questions

8. Serious ‘chain of custody’ breakdowns. Invalid residential addresses. Record numbers of dead people voting. Ballots in pristine condition without creases, that is, they had not been mailed in envelopes as required by law

9. Statistical anomalies. In Georgia, Biden overtook Trump with 89 percent of the votes counted. For the next 53 batches of votes counted, Biden led Trump by the same exact 50.05 to 49.95 percent margin in every single batch. It is particularly perplexing that all statistical anomalies and tabulation abnormalities were in Biden’s favor. Whether the cause was simple human error or nefarious activity, or a combination, clearly something peculiar happened.

If you think that only weirdos have legitimate concerns about these findings and claims, maybe the weirdness lies in you.

Patrick Basham is director of the Democracy Institute.

Published November 27, 2020 at spectator us. Reprinted here for educational purposes only. May not be reproduced on other websites without permission from The Spectator.

2.This commentary lays out some of the election statistics. According to a Vox poll, 75 percent of likely Republican voters said they believed voter fraud took place during the election that benefitted Biden, and 43 percent of likely voters overall also believe this to be true. Over the past week, President Trump’s lawyers met with state representatives in Arizona and Michigan, where witnesses to election fraud (who signed affidavits under oath that their testimony is true) told their stories. Yet there were no news reports or news clips of these poll workers/ poll observers testimonies.  Why do you think the media chooses not to interview these people or even report on this?

3. a) Based on this commentary, do you think the charges of election fraud could be true?  Why or why not?
b) Ask a parent to read the article and to give you his/her opinion.

4. The media reports on concerns over election fraud are all the same: There are no reports that consider / investigate the possibility that they are true – across the board, the narrative is that the concerns are “baseless.” See some headlines below:

Watch testimony from poll workers and watchers speaking at a Michigan State Assembly hearing at youtube. This was almost 5 hours: start at 2:12 to 2:40 (or watch below) for some interesting testimony. One of the Michigan state representatives thinks the people who testified are lying. What do you think?