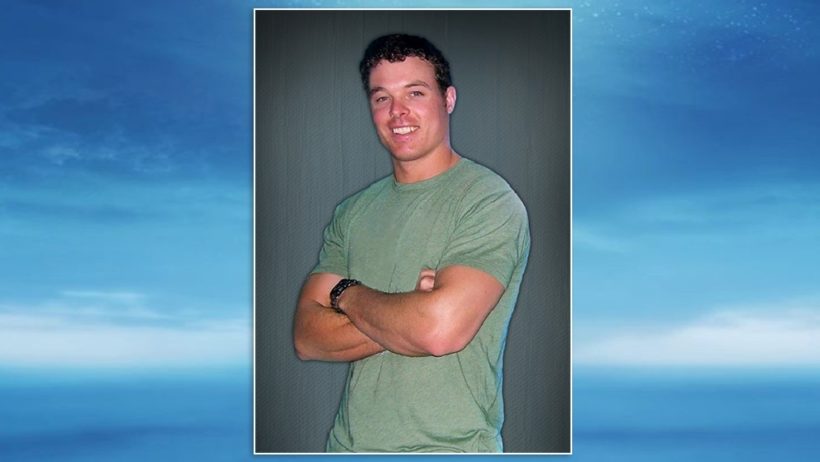 NOTE: Kyle Milliken, the Virginia Beach-based Navy SEAL who was killed in combat in Somalia on Friday was also a College of William & Mary student. Milliken was in his second semester in the online MBA program at the college’s Raymond A. Mason School of Business.

(by Erin Zagursky, College of William & Mary, wm. edu) — When Thomas C. Dexter Jr. ’91 met Kyle Milliken, he knew he was in the presence of someone special.

“He was passionate. He had a tremendous amount of energy. He was somebody who was a terrific, active listener,” said Dexter. “He’d look you straight in the eye when you spoke, and he made you feel like what you said was important, and that was coming from somebody himself who was very accomplished but understated.”

When Milliken, a Navy SEAL, began looking to further his education, it was Dexter who suggested William & Mary’s Raymond A. Mason School of Business. Milliken was in the second semester of its online M.B.A. program when he was killed in action May 5 in Somalia while supporting an operation with U.S. Africa Command.

“The world was definitely a better and safer place with Millie here … however, his spirit will carry on and lead those whom he touched and influenced to be better themselves – that’s the kind of guy he was. That’s the way I feel,” said Dexter.

“He served his country with great distinction,” said President Taylor Reveley. “We extend our deep sympathies to Kyle’s family and all those who had the pleasure of knowing him.”

In a statement issued through Naval Special Warfare Command, Milliken’s family extended its gratitude for the community’s interest in him.

“He was a devoted father and son, a true professional and a wonderful husband,” the family’s statement said.

Dexter, Managing Partner and CEO of Commonwealth Strategic Advisory LLC, met Milliken through a mutual friend a few years ago and was immediately impressed by the passion, energy and humility of the man he called “Millie.”

“Kyle was the type of person who was all about making today count. He was all in, all the time on what he was focused on. I think that happens to be a common trait of those special people, the Navy SEALs, and I think Kyle, being one of the most impressive people I’ve ever met, I was humbled by his presence,” said Dexter. “When I did meet him or speak to him, because of his humility and because of his respect and because of his deference, I thought, man, this is a special dude, a special person.”

In a world where many seem more interested in “getting” than “giving,” Milliken stood out, Dexter added.

“My experience with Kyle was that he was the ultimate giver, not taker. What he did was look at every opportunity to better the people around him, the situation around him,” Dexter said. “Advancing his education was an example of that.

“This wasn’t just somebody who was looking to get an M.B.A. to say he got an M.B.A. He was looking to study to improve himself, learn from others who had been out in the workforce and hopefully be able to share some of his experiences with those who may not have gone through what he had to make that joint environment better.”

Dexter, a former trustee of the College of William & Mary Foundation, is working with others to create something in Milliken’s name to encourage other naval officers to continue their education at William & Mary.

“I’m extremely proud and I feel blessed to have met and been associated with Kyle Milliken,” said Dexter. “He was a great man, a great American.” Published May 9, 2017 at wm.edu. Reprinted here May 11, 2017 for educational purposes only. May not be reproduced on other websites without permission from William & Mary.

1.  What is the main idea of this’s commentary?

2.  Tone is the attitude a writer takes towards his subject: the tone can be serious, humorous, sarcastic, ironic, inspiring, solemn, objective, cynical, optimistic, encouraging, critical, enthusiastic…  Which word do you think best describes the tone of the commentary?  Explain your answer.

3. After reading the commentary and “Background” under the questions, and watching the videos under “Resources,” how does the story of Navy SEAL Kyle Milliken inspire you?

CHALLENGE: The real purpose of Memorial Day is mostly ignored by too many of us who are beneficiaries of those who have given the ultimate sacrifice.  We also spend a lot of time reading and talking about favorite pro-athletes, musicians and actors, as well as playing video games. Read more about Kyle Milliken and others. Make a point this year to learn the names and stories of some of our American heroes who were killed in the line of duty. Read just a few of their stories below:

For books about our American heroes, go to amazon for Marcus Luttrell’s book “Lone Survivor”  and Gary Williams’ book “Seal of Honor” about Lt. Michael Murphy.

And from a May 6 NBC News report “Navy SEAL Killed in Somalia Identified as 15-Year Veteran Kyle Milliken”:

US Navy SEAL Kyle Milliken, a 38-year-old senior chief special warfare operator from Falmouth, Maine, was killed Thursday in…Somalia — about 40 miles west of the capital of Mogadishu — after he and his team came under fire from al-Shabab fighters. The attackers were “neutralized,” but Milliken was killed and two others were injured.

Rear Adm. Timothy Syzmanksi, the commander of the Naval Special Warfare Command, said Milliken “embodied the warrior spirit and toughness” that represent the Navy SEALS. [“His sacrifice is a stark reminder that Naval Special Operators are forward doing their job, confronting terrorism overseas to prevent evil from reaching our shores,” Szymanski said.]

Milliken was also a member of SEAL Team Six, the elite unit credited with killing Osama bin Laden in 2011, and he earned four Bronze Stars in Iraq and Afghanistan.

“We grieve his death, but we celebrate his life and many accomplishments,” Syzmanksi said in a statement. “He is irreplaceable as a husband, father, son, friend and teammate — and our thoughts and prayers go out to his family and teammates.”

Milliken is the first U.S. service member to be killed in action in Somalia since the 1993 Battle of Mogadishu that led to the death of 18 service members and wounded 73 others — an event that inspired the book and later Hollywood film, “Black Hawk Down.”

Milliken was part of the operation that had been coordinated between the Somali National Army and U.S. Africa Command. He first joined the Navy in 2002 and was assigned to an East Coast-based special warfare unit as a SEAL.

Milliken and two others were injured in Thursday’s attack and were medevaced to neighboring Djibouti, but Milliken died of his wounds. While the U.S. military is still analyzing intelligence to find out if the targets of the mission were among the dead, the Somali government declared it a victory.

Omar Mohamud Elmi, the deputy governor of the Lower Shabelle region in Somalia, said the aim of the operation was to “surgically target” two elements: senior members of al-Shabab hiding in the area and a pro-al-Shabab media station.

“The joint operation, the special operation, has successfully carried out a surgical strike on these two main elements killing many of the terrorists,” Elmi said.

There are currently 50 American special forces members working in Somalia as part of the African Union mission. They are collaborating with local national commandos to “train and advise,” which is part of a ramped up effort to fight al-Shabab, an al Qaeda-allied group that has imposed Sharia law in areas of the country under its control.

[The U.S. had said last month that it was sending dozens of regular troops to Somalia in the largest such deployment there in about two decades.

In recent years, the U.S. has sent a small number of special operations forces and counterterrorism advisers to Somalia and conducted airstrikes.]

Watch an NBC News report on the mission: