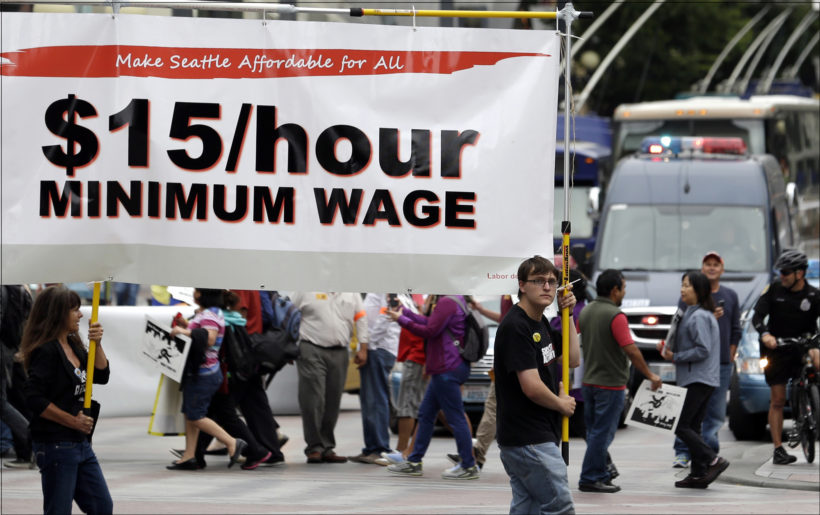 A recent story in a San Francisco newspaper says that some restaurants and grocery stores in Oakland’s Chinatown have closed after the city’s minimum wage was raised. Other small businesses there are not sure they are going to survive, because many depend on a thin profit margin and a high volume of sales.

At an angry meeting between local small-business owners and city officials, the local organization that had campaigned for the higher minimum wage was absent. They were probably some place congratulating themselves on having passed a humane “living wage” law. The group most affected was also absent – inexperienced and unskilled young people, who need a job to get some experience, even more than they need the money.

It is not a breakthrough on the frontiers of knowledge that minimum-wage laws reduce employment opportunities for the young and the unskilled of any age. It has been happening around the world, for generation after generation, and in the most diverse countries.

It is not just the young who are affected when minimum-wage rates are set according to the fashionable notions of third parties, with little or no regard for whether everyone is productive enough to be worth paying the minimum wage they set.

You can check this out for yourself. Go to your local public library and pick up a copy of the distinguished British magazine The Economist.

Whether it is the current issue or a back issue doesn’t matter. Spain, Greece, and South Africa will be easy to locate in the table near the back, which lists data for various countries. Just look down the unemployment column for countries with unemployment rates around 25 percent. Spain, Greece, and South Africa are always there, whether or not there is a recession. Why? Because they have very generous minimum-wage laws.

In the United States, back in what liberals think of as the bad old days before there was a federal minimum-wage law, the annual unemployment rate during Calvin Coolidge’s last four years as president ranged from a high of 4.2 percent to a low of 1.8 percent.

Looking back over my own life, I realize now how lucky I was when I left home in 1948, at the age of 17, to become self-supporting. The unemployment rate for 16- and 17-year-old blacks at that time was under 10 percent. Inflation had made the minimum-wage law, passed ten years earlier, irrelevant.

But it was only a matter of time before liberal compassion led to repeated increases in the minimum wage, to keep up with inflation. The annual unemployment rate for black teenagers has never been less than 20 percent in the past 50 years and has ranged as high as over 50 percent.

You can check these numbers in a table of official government statistics on page 42 of Professor Walter Williams’s book Race and Economics.

Incidentally, the black-white gap in unemployment rates for 16- and 17-year-olds was virtually nonexistent back in 1948. But the black teenage unemployment rate has been more than double that for white teenagers for every year since 1971.

This is just one of many policies that allow liberals to go around feeling good about themselves, while leaving havoc in their wake.

Published March 17, 2015 at RealClearPolitics.com.  Reprinted here May 14 for educational purposes only. May not be reproduced on other websites without permission from Thomas Sowell.

1. The purpose of an editorial/commentary is to explain, persuade, warn, criticize, entertain, praise or answer. What do you think is the purpose of the Thomas Sowell’s editorial? Explain your answer.

2.  For each of the following statements made by Mr. Sowell in his commentary, ask a parent whether he/she knew each to be true.