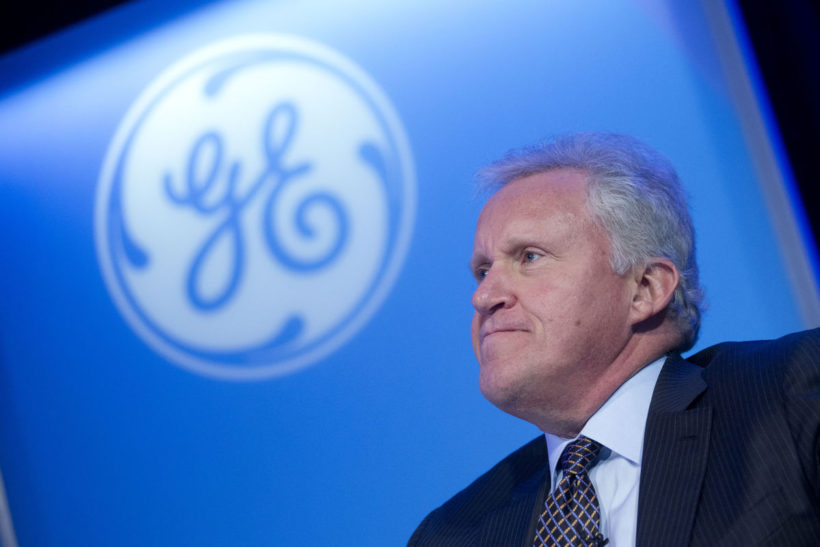 (by Jeffrey Immelt, The Washington Post) — We at General Electric were interested to read comments Monday by Sen. Bernie Sanders, who claimed that GE is among the companies that are supposedly “destroying the moral fabric” of America.

The senator had been asked to cite examples of corporate greed at its worst. Somehow that got him to talking about us.

GE has been in business for 124 years, and we’ve never been a big hit with socialists. We create wealth and jobs, instead of just calling for them in speeches. We take risks, invest, innovate and produce in ways that today sustain 125,000 US jobs.

Our engineers innovate every day to build hardware and software solutions that meet real-world challenges. Our employees are proud of our company.

The senator has never bothered to stop by our aviation plant in Rutland, Vt. We’ve been investing heavily (some $100 million in recent years), hiring and turning out some of the world’s finest jet-engine components in Vermont since the 1950s.

The plant employs more than 1,000 people who are very good at what they do. It’s a picture of first-rate jobs with high wages, advanced manufacturing in a vital industry — how things look when American workers are competing and winning — and Vermont’s junior senator is always welcome to come by for a tour.

Elsewhere in Vermont, GE Healthcare employs more than 340 men and women in South Burlington. Yearly, GE does about $40 million worth of business with dozens of suppliers of parts and services across Vermont.

Nationwide, we have 200 GE plants, including 15 that were built in the past five years — all with the aim of making GE the world’s premier industrial company.

Sanders says that he is upset about GE’s operations abroad — as though a company that has customers in more than 180 countries should have no presence in any of them.

He never mentions that we are one of the United States’ prime exporters, annually selling in excess of $20 billion worth of American-made goods to the world. Nor does he mention that our sales around the world support our manufacturing base here at home, along with the thousands of US companies in our supply chain.

You want to cause big problems for our suppliers — many of whom are small and medium-size businesses — and their workers? The surest way would be to pull out of those countries and lose those customers.

We are competing globally with foreign companies whose governments care whether they win and support them in innumerable ways. US companies continue to wrestle with an outdated and complex tax code that puts them at a distinct competitive disadvantage.

Sanders has stated many times that GE pays no taxes. Repeating a lie over and over does not make it true. We pay billions in taxes, including federal, state and local taxes.

The US tax system has not been updated in 30 years and isn’t designed for today’s economy, which is why we support comprehensive tax reform — even if it raises our tax rate.

It’s easy to make hollow campaign promises and take cheap shots in speeches and during editorial-board sessions, but US companies have to deliver for their employees, customers and shareholders every day.

GE operates in the real world. We’re in the business of building real things and generating real growth for a nation that needs it now more than ever.

I’m proud of all that we do, and how it all figures into “the moral fabric” of America is so plain to me. It seems Sanders is missing the point.

1. The purpose of an editorial/commentary is to explain, persuade, warn, criticize, entertain, praise or answer. What do you think is the purpose of GE CEO Jeffrey Immelt’s editorial? Explain your answer.

2. Ask a parent: does Mr. Immelt’s commentary persuade you to believe GE is the type of company you would like to work for? Why or why not?