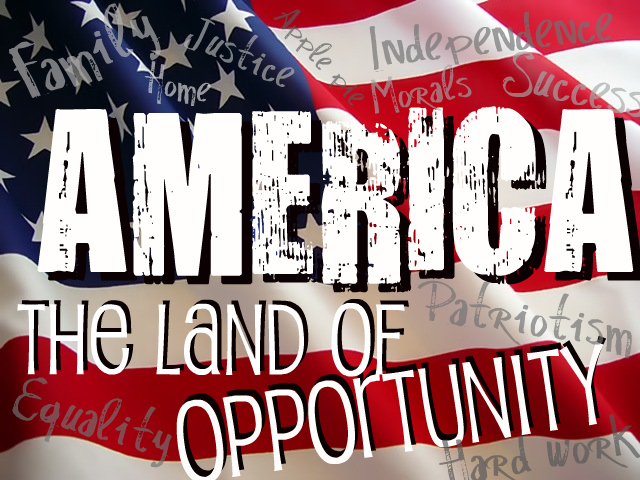 (by Thomas Sowell, RealClearPolitics) – Most people are not even surprised any more when they hear about someone who came here from Korea or Vietnam with very little money, and very little knowledge of English, who nevertheless persevered and rose in American society. Nor are we surprised when their children excel in school and go on to professional careers.

Yet, in utter disregard of such plain facts, so-called “social scientists” do studies which conclude that America is no longer a land of opportunity, and that upward mobility is a “myth.” Even when these studies have lots of numbers in tables and equations that mimic the appearance of science, too often their conclusions depend on wholly arbitrary [random] assumptions.

Even people regarded as serious academic scholars often measure social mobility by how many people from families in the lower part of the income distribution end up in higher income brackets. But social mobility — the opportunity to move up — cannot be measured solely by how much movement takes place.

Opportunity is just one factor in economic advancement. How well a given individual or group takes advantage of existing opportunities is another. Only by implicitly [absolutely] (and arbitrarily) assuming that a failure to rise must be due to society’s barriers can we say that American society no longer has opportunity for upward social mobility.

Ironically, many of the very people who are promoting the idea that the “unfairness” of American society is the reason why some individuals and groups are not advancing are themselves a big part of the reason for the stagnation that occurs.

The multiculturalist dogma that says one culture is just as good as another paints people into the cultural corner where they happened to have been born, even if other cultures around them have features that offer better prospects of rising.

Just speaking standard English in an English-speaking country can improve the odds of rising. But multiculturalists’ celebration of foreign languages or ethnic dialects, and of counterproductive cultural patterns exemplified by such things as gangsta rap, can promote the very social stagnation that they blame on “society.”

Meanwhile, Asian immigrants or refugees who arrive here are not handicapped or distracted by a counterproductive social vision full of envy, resentment and paranoia, and so can rise in the very same society where opportunity is said to be absent.

Those “social scientists,” journalists and others who are committed to the theory that social barriers keep people down often cite statistics showing that the top income brackets receive a disproportionate and growing share of the country’s income.

We should be concerned with the economic fate of flesh-and-blood human beings, not waxing indignant [becoming increasingly outraged] over the fate of abstract statistical brackets. Unless, of course, we are hustling for an expansion of the welfare state.

Coypright 2013 Creators .com.  Published March 6, 2013 at RealClearPolitics.com.  (From the 3/14/13 StudentNewsDaily Archives – reprinted April 13, 2016 for educational purposes only.) May not be reproduced on other websites without permission from RealClearPolitics and Creators.

2. a) Which of Dr. Sowell’s statements about economic mobility are new ideas to you?

b) For each one, do you think Dr. Sowell’s assertion is reasonable? Explain your answers.