Posted on January 19, 2017 in Thursday's Editorial 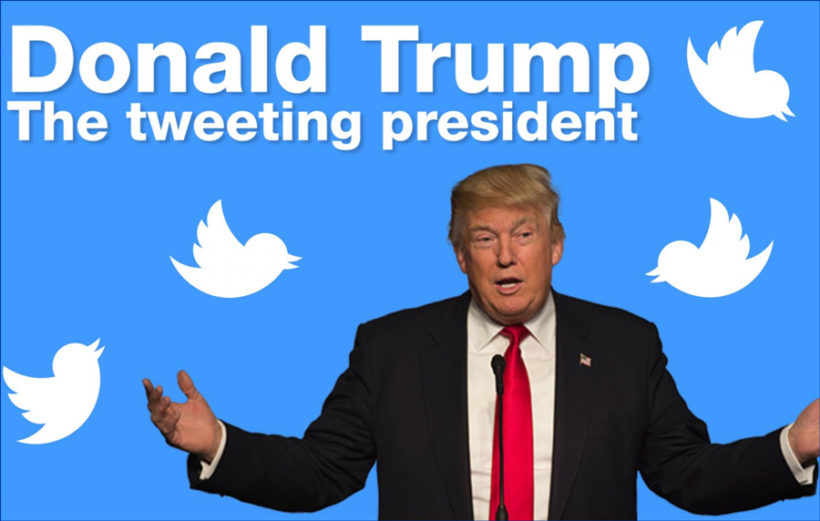 (by Michael Goodwin, NY Post) – …Much of liberal America is [extremely upset] over Donald Trump’s impending presidency, with denunciations and declarations of defiance competing for the most apocalyptic scenarios. Will the world end Friday or Saturday?

The [angst] is not limited to the homefront. Europe is reeling from Trump’s salvo that Brexit is a “good thing” and NATO is “obsolete.”

And China threatens to “take off the gloves” if Trump keeps flirting with Taiwan.

But if the president-elect is rattled or even worried about the turmoil, he’s doing a masterful job of concealing it.

When I visited his Manhattan office Monday, he was [composed].

Days from his inauguration, Trump was the calmest man in America. Smiling, gracious, making jokes, laughing at mine, tossing off asides to an aide — if you didn’t know what he’s been through and the awesome responsibility he’s about to assume, you never would have guessed it.

To be sure, he was hardly oblivious or giddy. It was the holiday for Martin Luther King Jr. and the papers were filled with stories of Trump’s dispute with civil rights icon John Lewis, a Georgia Democrat. Lewis started the row by saying he would boycott the inauguration because he sees Trump as an “illegitimate president.”

Yet, predictably, most journalists hammered Trump’s counterpunch, a tweet that said Lewis “should spend more time on fixing and helping his district, which is in horrible shape and falling apart.” Again predictably, Trump was accused of being racially insensitive to a black hero on the day that honors Martin Luther King Jr.

His tone [when we met] was more matter-of-fact than outraged, and it occurred to me that this was in contrast to his Twitter personality, which gives the impression that he is almost always angry. The platform might serve him better if he used it more often as a happy warrior.

My personal experience with Trump is limited, but I have known many public figures who would have spent days [recovering] if they had taken half the pounding he’s endured the last 18 months. …

Then there’s that new life Trump starts Friday at noon. Maybe it hasn’t hit him yet, but he shows no sign of being intimidated about becoming the most powerful man in the world, No. 45 in the line that starts with George Washington and includes Abraham Lincoln, FDR, JFK and Ronald Reagan.

He showed some spark when he mentioned his meeting with the head of Lockheed-Martin about the soaring cost of the F-35 aircraft. I asked if it was true the company had offered $600 million in reduced costs. He nodded yes and said, “We saved $600 million in half an hour’s work.”

At that, I said I’d like to ask some questions I’d prepared, figuring they would light his ire.

I started with President Obama’s [decision to have] the Justice Department investigate FBI Director James Comey’s handling of the Hillary Clinton probe. I asked Trump if he would push to have the inspector general widen the review and examine all the evidence, including whether Clinton should have been indicted.

“We have not gotten into that yet,” he said calmly, before saying Comey had treated Clinton “extremely well” by not recommending criminal charges.

I then raised the prospect of his being tested soon after taking office, saying it’s almost a ritual that each new president gets tested by a foreign adversary. What do you expect and from where?

As I mentally raced through possibilities, he cut my speculation short. “I don’t think we’re going to be tested,” he said. “I’m not a game player. They understand me.”

What about Iran, I said, thinking it was a likely source.

“It’s a terrible deal,” he said. “Frankly, it’s worse for Israel than it is us, but it’s terrible.”

China? “It will all be fine,” he started benignly, before switching to the trade deals he pledged to fix or [scrap]. “We have a big problem with China,” he said, more emphatically. “They’ve been sapping our wealth through these horrible, horrible trade deals. Everybody takes advantage of us, but the trade deals are just so bad.”

[When my interview with the President-elect finished,] I stood up to leave. I wished Trump Godspeed and walked out, uncertain of what I had learned.

Later, it hit me — I had witnessed something important and wonderful. Donald Trump is a man at peace with his responsibility.

The next leader of America is standing strong in a world gone mad. Tested by fire, he is calm, confident and ready for action as he approaches his rendezvous with history. May God smile on his tenure.

Published January 17, 2017 at The New York Post. Reprinted here on January 19 for educational purposes only.

1.  What is the main idea of Mr. Goodwin’s commentary?

2.  Tone is the attitude a writer takes towards his subject: the tone can be serious, humorous, sarcastic, ironic, inspiring, solemn, objective, cynical, optimistic, encouraging, critical, enthusiastic…  Which word do you think best describes the tone of Mr. Goodwin’s commentary?  Explain your answer.

3.  a) What do you think about Mr. Goodwin’s assertions?  Is he too optimistic, is he accurate, is he completely off-base?
b) Ask a parent the same question.