Posted on October 5, 2017 in Thursday's Editorial 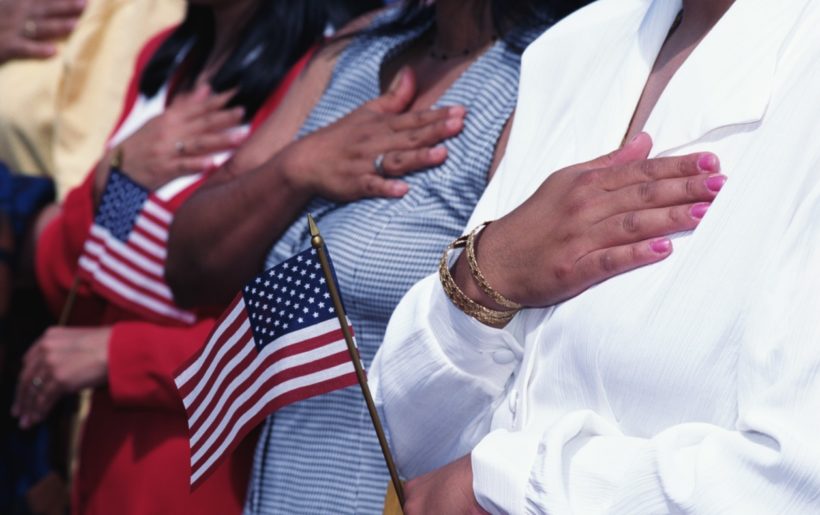 (by Cal Thomas, CourierPress) – At a National Archives ceremony last Friday in Washington, D.C., 30 immigrants became naturalized U.S. citizens. In a video, President Trump encouraged them to embrace the “full rights, and the sacred duties, that come with American citizenship.”

It was a noble sentiment that once resonated with Americans who believed passing along their history to a new generation of citizens was something that ought to be done. Not anymore.

One of the new citizens, Juliet Sanchez, a teacher born in Colombia, told the Washington Post: “We can and should respect, celebrate and embrace our new culture, but you shouldn’t tell us to assimilate.” This attitude may be one factor contributing to an increasingly divided America. The other is equally disturbing.

A recent poll conducted by the University of Pennsylvania’s Annenberg Public Policy Center discovered that Americans are ignorant about the Constitution and the rights it protects.

“Protecting the rights guaranteed by the Constitution presupposes that we know what they are. The fact that many don’t is worrisome.”

One can’t have a country if citizens are ignorant of its origins and purpose. When I was in public school, civics was a required subject. That it is rarely taught today likely explains the disturbing Annenberg poll results. Adds Jamieson:

“These results emphasize the need for high-quality civics education in the schools and for press reporting that underscores the existence of constitutional principles.”

Good luck with that.

In an era emphasizing diversity and multiculturalism and the fear that anyone teaching the superiority of the Constitution might be named a xenophobe, or bigot, even the Pledge of Allegiance is being challenged in some schools in an effort not to offend immigrants.

Another study by the Newseum Institute discovered just 19 percent of those polled know the First Amendment guarantees freedom of religion.

Ignorance about the documents that founded and have sustained America through many challenges ensures the country we have known will not be recognized by future generations. That is fine with some on the far left who appear embarrassed and ashamed of America and think it the cause of many of the world’s problems.

Hillsdale College in Michigan is trying to make up for this ignorance about the Constitution by offering a free online course.

“Few of the liberal arts and sciences faculty at these schools offer courses that explore the origins, structure, substance and aims of the education that they supposedly deliver. Instead they provide a smattering of classes on hot-button topics in higher education such as multiculturalism, inequality, gender and immigration. This is no trivial oversight, as the quality of American freedom depends on the quality of Americans’ education about freedom.”

Higher education’s failure to educate produces graduates who find it difficult to find jobs and must return home to live with parents. Unfortunately, when they return they’re burdened with crushing student loan debt, which according to the Department of Education, is at an all-time high of $1.33 trillion. So desperate are graduates to wipe out their debt that the personal finance website, Credible, surveyed millennials (ages 18 to 34) and found that 50 percent of them would give up their right to vote during the next two presidential election cycles in order to never make another loan payment.

What does this say about our next generation of Americans?

Published Sept. 19, 2017 at courierpress .com.  Reprinted here on October 5, 2017, for educational purposes only. May not be reproduced on other websites without permission.

1. The purpose of an editorial/commentary is to explain, persuade, warn, criticize, entertain, praise or answer. What do you think is the purpose of Cal Thomas’ editorial? Explain your answer.

3. In his commentary Mr. Thomas writes:

“Ignorance about the documents that founded and have sustained America through many challenges ensures the country we have known will not be recognized by future generations.”

What is your reaction to this assertion? Explain your answer.

CHALLENGE: Hillsdale College free online course on the U.S. Constitution. Take the course with a parent :)