Posted on February 27, 2020 in Thursday's Editorial 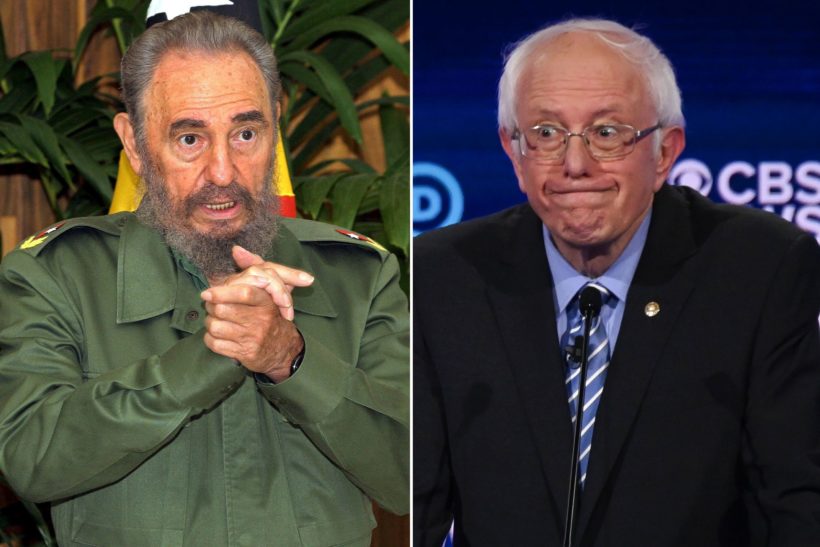 (by The Wall Street Journal Editorial Board, Feb. 24, 2020) – As Bernie Sanders advances closer to the White House, his beliefs and policies may finally get the scrutiny they deserve. An example was an interview on CBS’s “60 Minutes” Sunday when the 78-year-old socialist [complimented] Cuban literacy.

Correspondent Anderson Cooper showed a video of Mr. Sanders, in the 1980s, explaining why in his view the Cuban people didn’t side with the U.S. and overthrow Fidel Castro. The young Sanders said on tape it was because the bearded dictator in army fatigues “educated the kids, gave them health care, totally transformed the society.”

Mr. Sanders responded to Mr. Cooper: “We’re very opposed to the authoritarian nature of Cuba, but you know it’s unfair to simply say everything is bad. When Fidel Castro came into office, you know what he did? He had a massive literacy program. Is that a bad thing, even though Fidel Castro did it?”

Mr. Sanders answered: “That’s right and we condemn that. Unlike Donald Trump, let’s be clear, I do not think that Kim Jong Un is a good friend. I don’t trade love letters with a murdering dictator. Vladimir Putin, not a great friend of mine.”

That’s nice to know. But Mr. Sanders still flunks Cuban literacy 101. Before the 1959 revolution, some 80% of Cuba could read. That put the island’s education level far ahead of most of its Latin American neighbors. In the ensuing six decades, many countries in the region have moved to near-universal literacy.

The difference is that countries like Ecuador and Colombia, both of which came from much further behind, did it without having “totally transformed the society” with firing squads, dungeons, torture and exile. They did it without stealing private property and driving Cubans into poverty or rafts to escape to America.

Cuba has gone from being one of the more advanced countries in the region in the mid-1950s to one of the most impoverished, and the reason is its economic socialism and political tyranny. The issue for voters today is what it says about Mr. Sanders that, even after so many years of cruel evidence, he still feels compelled to insist there is a silver lining in the Cuban revolution.

Published Feb. 24, 2020 at wsj .com. Reprinted here Feb. 27, 2020 for educational purposes only. May not be reproduced on other websites without permission from The Wall Street Journal.

1. The purpose of an editorial/commentary is to explain, persuade, warn, criticize, entertain, praise or answer. What do you think is the purpose of the Wall Street Journal editors’ op-ed? Explain your answer.

2. What is the main idea of this article?

3. For the truth about Castro that many Americans already know, read “Fidel Castro’s Communist Utopia”  written after he died on Nov. 29, 2016.
The editors conclude this commentary on Bernie Sanders with, “The issue for voters today is what it says about Mr. Sanders that, even after so many years of cruel evidence, he still feels compelled to insist there is a silver lining in the Cuban revolution.”
What do you think it says about Bernie?

4. Does this editorial change your view of the Democrats presidential front-runner Democratic-Socialist Bernie Sanders?

Check out this 2016 video from Cuba when the Tampa Bay Rays played a Cuban baseball team in Cuba:
Cuban Dissidents Interrupt ESPN Broadcast, Chant “Down With Castro!” (Scroll to bottom for a video of President Obama doing “the wave” with Castro.)