Posted on February 18, 2016 in Thursday's Editorial 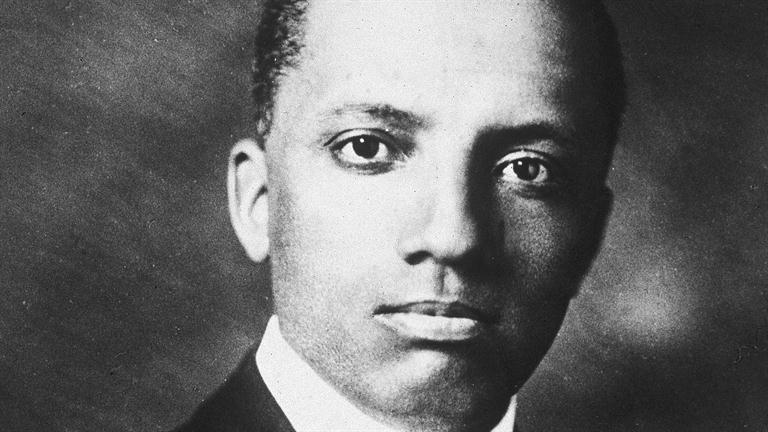 (by Jason L. Riley, The Wall Street Journal) – Black History Month, which began as Negro History Week some 90 Februarys ago, was meant to be temporary. Its founder, historian Carter G. Woodson, envisioned a time when black history would be incorporated with American history and no longer require separate recognition. Woodson’s optimism was warranted.

Americans today are led by a black president in the fourth year of his second term. Martin Luther King ’s birthday is a national holiday. The likeness of Harriet Tubman or Rosa Parks might soon grace U.S. currency, if the majority of people surveyed prevails. And it has been decades since school curricula excluded black perspectives and accomplishments. Black History Month’s sunset might seem long overdue, but the celebration is too useful politically for that to happen anytime soon.

Woodson died in 1950, a few years before the civil-rights movement found its stride. In the post-1960s era, black leaders turned that movement into a lucrative industry, and Black History Month helps keep them relevant. February is not simply about highlighting the achievements of people like voting-rights activist Fannie Lou Hamer or the Buffalo Soldiers who served in the Spanish-American War.

It is also about using racial identity to advance groupthink and to discourage black individuality. It is about presenting the history of blacks as the history of their victimization by whites up to the present day—which explains racial disparities in areas ranging from school achievement and household income to rates of unemployment, incarceration and single-parent homes.

The irony is that black history in the first half of the 20th century is a history of tremendous progress despite overwhelming odds. During a period of legal discrimination and violent hostility to their advancement, blacks managed to make unprecedented gains that have never been repeated. Black poverty fell to 47% from 87% between 1940 and 1960—before the implementation of Great Society programs that receive so much credit for poverty reduction. The percentage of black white-collar workers quadrupled between 1940 and 1970—before the implementation of affirmative-action policies that supposedly produced today’s black middle class.

You don’t hear much about this black history during Black History Month (or any other month, for that matter) because it undercuts the dominant narrative pushed by the political left and accepted uncritically by the media. The Rev. Al Sharpton and the NAACP have no use for empirical evidence of significant black socioeconomic gains during the Jim Crow era, because they have spent decades insisting that blacks can’t advance until racism has been eliminated. If racism is no longer a significant barrier to black upward mobility and doesn’t explain today’s racial disparities, then blacks may have no use for Mr. Sharpton and the NAACP. The main priority of civil-rights leaders today is self-preservation.

Many factors could plausibly explain black progress in the first part of the 20th century. The post-World War II economy was booming, and blacks were steadily increasing their years of education, which increased their levels of compensation. Mass migration from the South meant that more blacks had access to the higher-paying jobs in the North.

The black family was also more stable during this period. Every census from 1890 to 1940 shows the black marriage rate slightly higher than the white rate. In 1925 five out of six black children in New York City lived with both parents. Nationally, two out of three black children were being raised in two-parent homes as recently as the early 1960s. Today, more than 70% are not.

Black nuclear families used to be the norm. Now they are the exception. Jim Crow did less damage to the black family than well-intentioned Great Society programs that discouraged work and marriage and promised more government checks for having more children. But that black history is also kept largely under wraps by those who have a vested interest in blaming the decimation of the black family on slavery and discrimination.

Much of what ought to be studied, duplicated and celebrated in black history is often played down or willfully ignored. And so long as the media allow civil-rights activists and liberal politicians with their own agendas to speak for all blacks, that won’t change. Mr. Riley, a Manhattan Institute senior fellow and Journal contributor, is the author of “Please Stop Helping Us: How Liberals Make It Harder for Blacks to Succeed” (Encounter Books, 2014). Visit his website at jasonrileyonline.com

Published February 9, 2016 at The Wall Street Journal. Reprinted here Feb. 18, 2016 for educational purposes only. Visit the website at wsj .com.

1. a) Who was Carter G. Woodson?
b) Why did Dr. Woodson assume Black History Month would be temporary?

2. What is the main idea of Jason Riley’s commentary?

“Much of what ought to be studied, duplicated and celebrated in black history is often played down or willfully ignored. And so long as the media allow civil-rights activists and liberal politicians with their own agendas to speak for all blacks, that won’t change.”

Do you agree or disagree with this assertion? Explain your answer.