Editorial cartoonists often uses humor to make a point about a serious situation.

1.  What point is Jerry Holbert making in his cartoon?
a)  Israel should immediately carry out a pre-emptive strike against Iran’s nuclear program
b)  Iran needs to be taken more seriously as their actions contradict their speech
c)  Iran is just an annoyance to Israel that should be ignored
d)  Israel is afraid of Iran because the UN gives this aggressive nation legitimacy 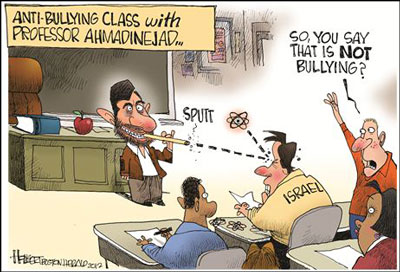 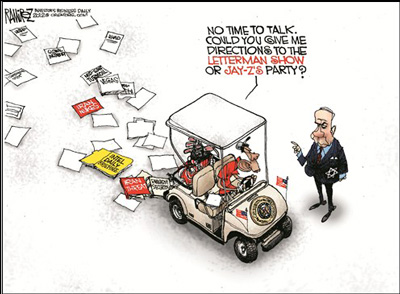 1.  b)  Iran needs to be taken more seriously as their actions contradict their speech

2.  a)  President Obama is ignoring crucial matters, instead choosing to campaign for re-election