A cartoonist often uses humor to illustrate issues that aggravate people. What device does the cartoonist use to highlight this trend of starting every season (from Halloween to presidential elections) earlier and earlier? 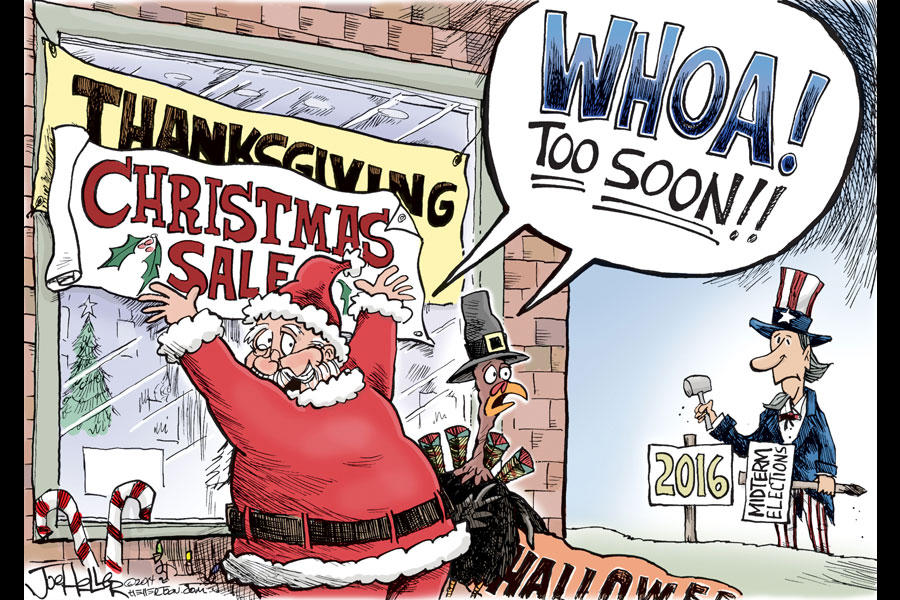 b) sarcasm: A form of verbal (or visual) irony in which it is obvious from context and tone that the speaker means the opposite of what he or she says.