1. Tone is the attitude a cartoonist takes towards a subject. Which pair of words best describes the tone of this cartoon?
a) alarmed/horrified
b) exasperated/irritated
c) resigned/defeated
d) light-hearted/humorous

2. Gary Larson created his Far Side cartoons between 1980-1995. What current news event does this cartoon (created more than 25 years ago) illustrate? 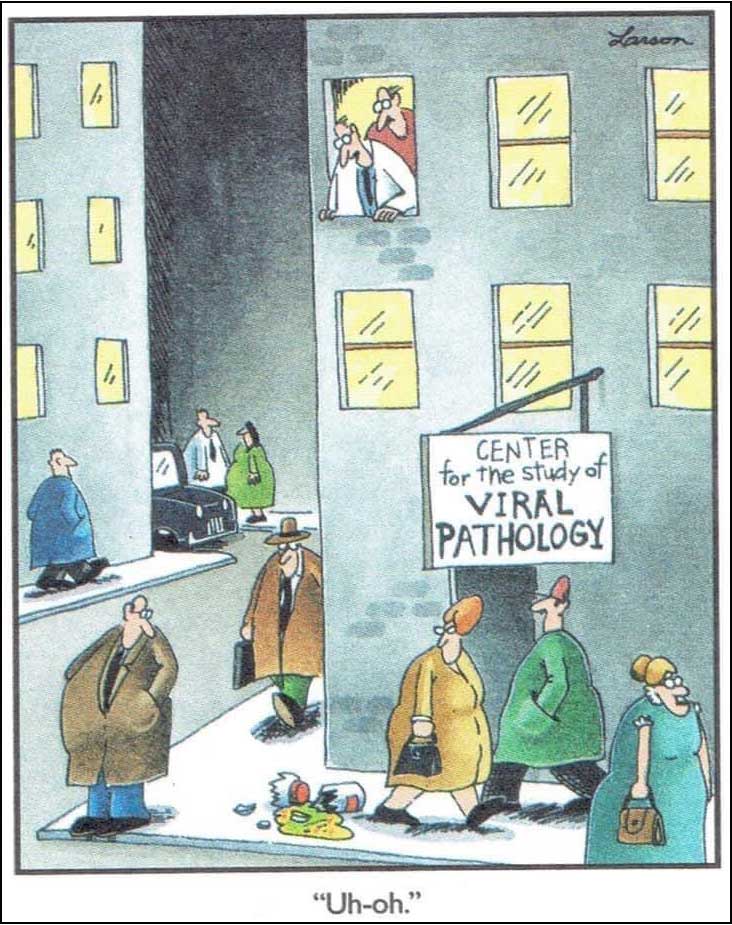 2. In early 2020, soon after Covid-19 spread to the U.S., President Trump and others suggested that the Covid-19 virus came from a lab leak (and not spread naturally from bats to humans as the Chinese Communist government claimed). The media was quick to call Trump’s assertion a “conspiracy theory” and a “debunked theory”; Facebook and other social media censored/banned/blocked any posts suggesting the Covid-19 virus had not spread naturally.

New evidence has now been revealed that supports Trump’s assertion that the Covid-19 virus was accidentally spread from the Wuhan lab in China.