To what news story does this cartoon refer? 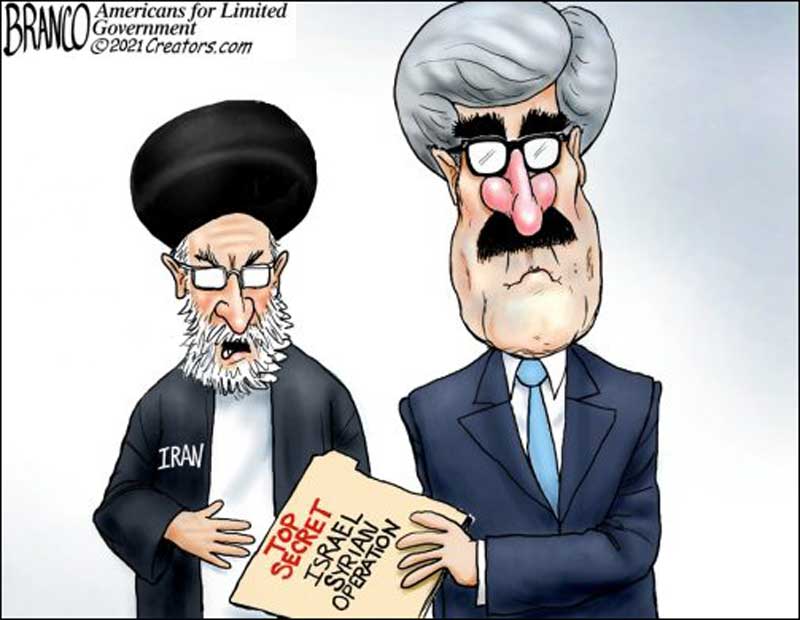 According to the audio obtained by The New York Times, Zarif said that John Kerry, when he was serving as Secretary of State during the Obama administration, informed him of more than 200 secret Israeli operations in Syria. The Iranian foreign ministry spokesman did not deny the validity of the leaked audio.

Kerry has previously been accused of colluding with Iranian leaders to undermine the Trump administration while he was a private citizen. Kerry is now a part of the Biden administration and has a seat on the National Security Council as the special presidential envoy for climate.

Mr. Kerry, who was a Democratic senator from Massachusetts for almost 30 years and was the Democratic candidate for president in 2004, claims the story is false.