The Sky is Falling

1. Symbol is defined as: something that stands for or suggests something else; a visible sign of something invisible (the lion is a symbol of courage)
What does the donkey symbolize?

2. What is the main idea of Nate Beeler’s cartoon?

3. The donkey’s comment in this cartoon is a play on what children’s story? 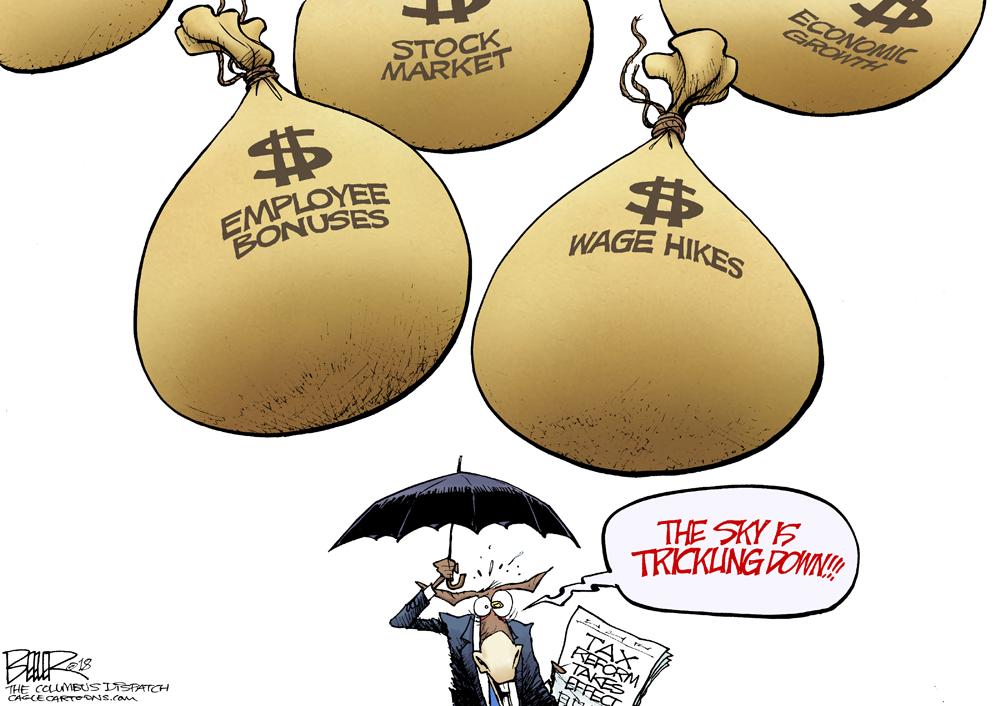 2. The Democrats in Congress were opposed to President Trump’s tax reform, claiming that it would harm lower income and middle class Americans; instead companies are giving their employees bonuses or pay raises; workers’ 401k and pensions are increasingly significantly…

3. The donkey’s comment in this cartoon is a play on the children’s story “Henny Penny” also known as “Chicken Little” – Henny Penny, more commonly known in the U.S. as Chicken Little, is a folk tale with a moral…about a chicken who believes the world is coming to an end. The phrase “The sky is falling!” features prominently in the story, and has passed into the English language as a common idiom indicating a hysterical or mistaken belief that disaster is imminent.